This is a follow-up to the article AWI’s Sloppy Antarctic Peninsula Science…Overlooked GISS Temperature Data, Snowfall Amounts. The reality is that the situation at the South Pole is worrisome.

Ocean around Antarctica markedly colder since 2006…

It is difficult to believe that global warming/climate change is doing anything to the glaciers of the Antarctic Peninsula and the Western Antarctic. Here is why: The ocean around Antarctica has been getting markedly colder since 2006; sea ice is increasing, especially since 2012; and land temperatures have been cooling since the El Niño of 1998.

Figure 1 is the upper 100 meters of ocean south of 60°S. There’s been a rapid cooling since about 2007. Negative numbers are used to select latitudes in the Southern Hemisphere. The source is KNMI, link. 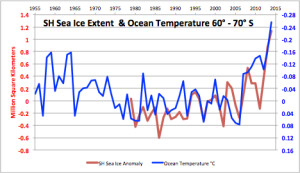 Figure 3 is a plot of the annualized ocean temperature and Southern Hemisphere ice extent using the KNMI data from figures 1 and 2. Ocean temperature is inverted to show that the ice extent matches the cooling ocean. Note the correlation between the two curves. 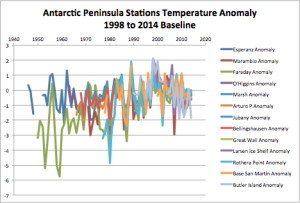 Figure 4 is a plot of the temperature anomalies at 13 Antarctic stations on or near the Antarctic Peninsula. The baseline is the 1998 to 2014 average for each. Antarctic peninsula has been cooling since 2000. Data source: GISTemp, link.

There is a lot a variation in the annual average temperatures for these stations, especially in the years where there were only two stations reporting, Esperanz and Faraday. For that reason, the average in figure 5 begins in 1963 when O’Higgins began reporting. 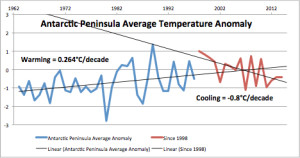 Figure 5 is the average anomaly for the stations in figure 4.

There were two peaks in temperature, one in 1989 and a second during the El Niño year of 1998 which caused a steep upward in temperature world-wide, and especially in Antarctica. But since then there has been a dramatic cooling. There is no “hiatus” on the Antarctic Peninsula, there is marked cooling.

Cooling is especially true of the very location everyone is concerned about, the Larsen Ice Shelf. There is an automated weather station (AWS) there that has been reporting continuously since 1995.

Figure 6 is the annual average temperature at the Larsen Ice Shelf. The source is GISTemp.

Figure 6 shows the step in temperature in 1998 at the Larsen Ice Shelf. The trend in cooling after 1998 is 1.8°C/decade, the second fastest cooling on the Peninsula. Butler Island is cooling faster, at 1.9°C/decade. (Of course 18°C/century cooling is meant as sarcasm, and is only a trick that warmists like to use.)

The Southern Ocean around Antarctica has similar warming and cooling cycles as the North Atlantic, just not as strong. The cycle is now going negative, and temperatures on land and in the ocean are going sharply cooler, with ice increasing. There is no warm ocean water melting ice shelves from below. The ocean is getting colder and is below freezing most of the time. Any increase in ice calving off the glaciers must be from increased snow feeding those glaciers or geothermal heating from volcanism under the ice.