Joe Bastardi: “Heat Will Not Get Erased By Three Solar Cycles …July 2015 Not The Warmest

Joe Bastardi at his Weatherbell Analytics presents an excellent Saturday Summary that looks back at earlier El Nino events.

Today’s El Nino is being hyped and many are preparing to say that July 2015 will be among the warmest, if not the warmest, on record. 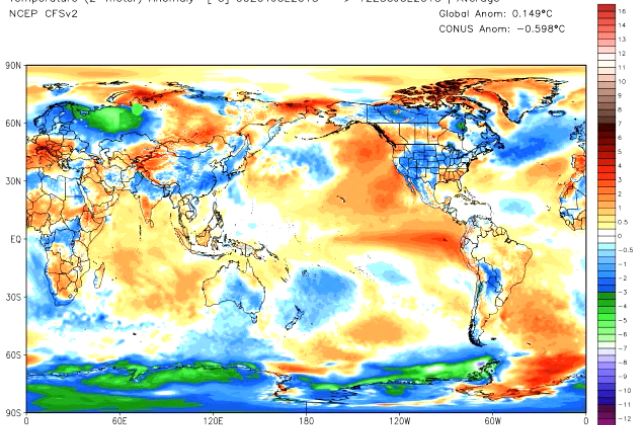 According to NCEP, which Joe Bastardi calls the gold standard of temperature because it is based on real time measurement, comes in at 0.145°C anomaly.

What happens after the current El Nino will tell us a lot about the global warming trend, Bastardi says. Should the subsequent La Nina come in cooler than the previous ones, then global warmists will have a tough time explaining it.

Joe reaffirms that he thinks that the globe will cool modestly by 2030 and that the sun and oceans play a far greater role in climate than CO2 does.

But when it comes to the sun’s impact on global temperature he cautions that some are putting too much emphasis on solar cycles and that the coming low solar activity cycles will not play that large a role.

“The heat is not going to get erased by 3 sunspot cycles.”

5 responses to “Joe Bastardi: “Heat Will Not Get Erased By Three Solar Cycles …July 2015 Not The Warmest”