Veteran meteorologist Joe Bastardi has another excellent Saturday Summary up at his Weatherbell Analytics site.

At first he makes some philosophical points on why free markets are so crucial and why so many Catholics disagree with the latest Pope on climate change policy.

That aside, Joe takes a peek at the upcoming European winter.

The current conditions are starting to favor a colder-than-normal winter and so you might want to keep the long johns well within reach. At the 15:45 mark he shows a chart of the new Jamstec (sp?) model for the coming winter. 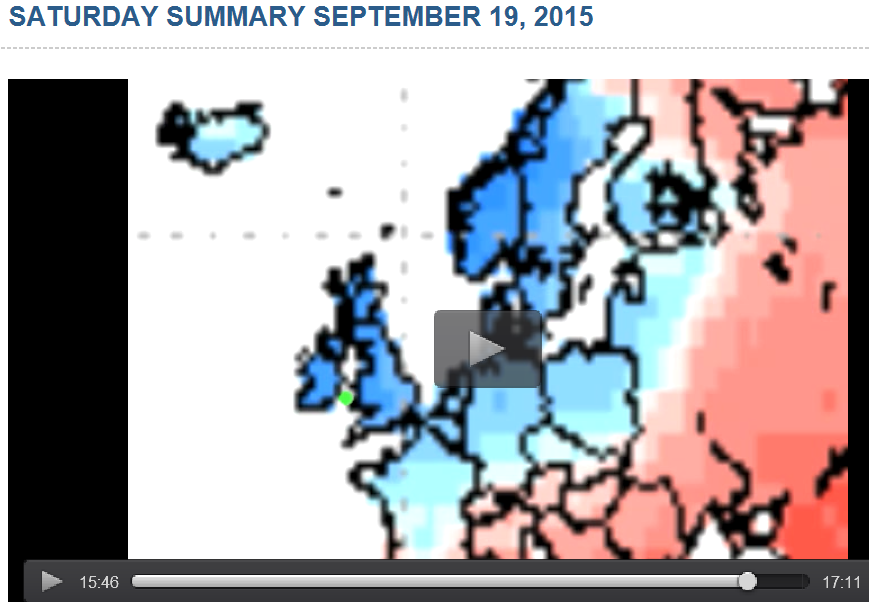 The model shows a cold winter in store for Northern Europe, especially Great Britain and a large part of Scandinavia. It’s still early and these seasonal forecasts are fraught with uncertainty. But Joe seems to be leaning toward a cool winter, and so already that is not a good sign.

The reason for the potential cold UK winter is the growing pool of icy sea surface temperatures over the North Atlantic, which played a role in the cold and wet summer Northeast Europe had to endure this year. Here’s the snipped portion of the chart appearing at the 13:45 mark (sorry for the blurry quality): 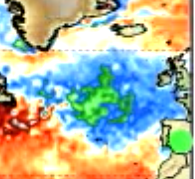 You folks in Europe you watch that cold pool. The fact that it’s getting this far south like this, starting to cool the water near Spain. That’s – the water is warming up here near Iceland – this is gonna promote more ridging in this area of the world. And when there’s ridging in Iceland and Greenland, look out! If that mean trough sinks further south in the North Atlantic, it looks like a nasty winter shaping up, especially for the UK. And we’re telling people that.”

Snow being a thing of the past? Maybe next winter. With a little luck we’ll get a good taste of it in Paris in December. It would be fun watching politicians warn of warming while a blizzard rages on outside. Such an embarrassment of course wouldn’t be the first time.

In the US, charts show a mild start of the winter, but becoming cold beginning in January – especially across the east and south, across Texas.