Socially Explosive …More Than 1 Million German Households Had Power Shut Off Over Past Three Years!

The online Spiegel has an article that really drives home the energy hardship that German consumers are suffering, “due to the rising costs of electricity“, brought on by the country’s hasty rush into green energies. 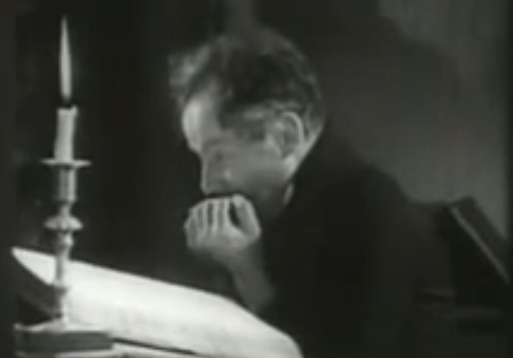 Hundreds of thousands of Germans struggling today without electricity. Image cropped from here.

It is not only Germany’s power companies who are bleeding to death financially, but so are many private citizens, who are unable to pay for their power. A shocking situation in one of the world’s most technically advanced nations.

According to the German flagship news magazine, citing the federal Bundesnetzagentur (German Network Agency), more than 350,000 households saw their power get switched off in 2014. Spiegel blames the “Energiewende” (transition to renewable energy), writing in its sub-title:

The social problems of the Energiewende are growing: Last year more households than ever saw their power get switched off. The reason is the rising price of electricity.”

Spiegel also provides the figures for the previous years, and they too are horrific. In 2013 close 345,000 households lost their power, and in 2012 it was about 320,000. Over the past three years it all totals to be a whopping 1.025 million households!

In a country of 82 million, the figures are socially explosive.

It’s a glaring paradox of the Energiewende: On the production side, power plants are losing billions of euros because they can no longer even get a modest price for their power, while on the consumer side more and more households are unable to afford the skyrocketing prices brought on by the mandatory infusion of expensive and unstable green energies into the German power grid. The once mighty German power grid now teeters on the brink of crumbling.

The situation threatens to get far worse. Spiegel writes that “far more households have problems with their electric bills. According to the Bundesnetzagentur power utilities threatened their customers with power cut-offs 6.3 million times.”

Spiegel writes that the price of electricity in Germany has doubled since 2002 in large part because of the renewable energy feed-in surcharge. Private households are the hardest hit; they have to pay some 45% more than the EU average (while German power producers get 30% less than the EU average)! The government-interfered market is grotesquely distorted.

Spiegel reports that even more costs are on the way for 2016 with the average household expected to pay on average 40 euros per year more.

73 responses to “Socially Explosive …More Than 1 Million German Households Had Power Shut Off Over Past Three Years!”