Share this…FacebookTwitterMartin Greive and Daniel Wetzel at Germany’s center-right national daily Die Welt have a commentary on renewable energy, telling readers that it will hit the poor in Germany the hardest. They write that the Energiewende (transition to renewable energy) will result in 540 euros in extra costs for each German household in 2016. And […]

Share this…FacebookTwitterIt hasn’t been a good week for the global warming alarmists. Three events have rocked the movement and caused alarmists to go into a state of alarm. Putin calls global warming “a fraud” The first event Russian President Vladimir Putin, who used to play along with the issue, has come out and called global warming […] 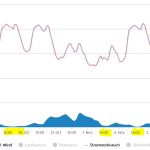 Share this…FacebookTwitterWe already know that solar energy refuses to show up for work at night and also for the most part when it’s cloudy or wintertime. Green energy proponents like to tell us that when the sun is AWOL, we can always switch to wind. The wind, after all, is always blowing somewhere, they like to […]

Share this…FacebookTwitterRisky Energiewende By Dr. Sebastian Lüning und Prof. Fritz Vahrenholt (Translated/edited by P Gosselin) Konrad Kleinknecht is a professor of experimental physics and researched at the universities of Heidelberg, Dortmund, Harvard, Mainz and Munich. His publications in the fields of high-energy physics have been awarded top prizes, among them the Leibniz-Prize of the DFS, […]

Share this…FacebookTwitterThe following video is really worth taking the time to watch. It explains clearly how very low frequency sound waves (infrasound) from wind turbines have an adverse effect on some people, making them feel ill. Like the motion sickness that people experience in a car, plane or boat, infrasound sickness results from “sensory conflict” […]