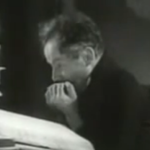 Socially Explosive …More Than 1 Million German Households Had Power Shut Off Over Past Three Years!

Share this…FacebookTwitterNote: Sticky post for one more day… ===================================== The online Spiegel has an article that really drives home the energy hardship that German consumers are suffering, “due to the rising costs of electricity“, brought on by the country’s hasty rush into green energies. Hundreds of thousands of Germans struggling today without electricity. Image cropped from […] 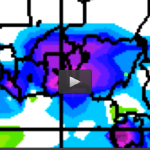 Share this…FacebookTwitterVeteran meteorologist Joe Bastardi at his latest Weatherbell Analytics Saturday Summary explains why US Secretary of State John Kerry’s claim that the refugee crisis is caused by climate-change-driven drought is total nonsense and is easily disproved. Secretary Kerry would like to have the public believe that the refugee crisis from Syria and Africa is due to […] 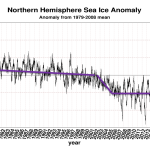 Share this…FacebookTwitterIt’s a good time to take a look at how global sea ice is doing at both poles. We were told over and over that the poles are the canary in the coal mine for global warming. If the sea ice melt trend accelerated, we were warned, then the planet was warming rapidly and […]

Share this…FacebookTwitterOnline daily Die Welt here reports on how German consumers are being forced to pay huge sums of money to wind park and solar plant operators who are ordered to stop feeding electricity into the grid, but yet get paid anyway! As volatile green electricity increasingly gets fed into an ever more unstable German power grid, […]

Share this…FacebookTwitterE.on, Germany’s largest electric power producer, announced that it had lost over 7 billion euros in the 3rd quarter, reports Germany’s flagship news magazine Spiegel here. The loss stems from the writing down of the value of coal and gas power generation assets by billions of euros due to the steep drop in wholesale […]

Share this…FacebookTwitterI’m short on time today, and so I’m reposting the latest on current El Nino – by German skeptic site wobleibtdieerderwaermung here. ====================================== For the first time in over two months the Southern Oscillation Index SOI rose 4.6 points and thus points to a possible normalization of the atmospheric pressure relationship and thus an […]

Share this…FacebookTwitterIf you need more proof that climate change has taken on cult-like dimensions, then look no further than Germany’s Federal Ministry of Environment (BMU), which delivers it in hardcopy in the form of a cookbook for climate-friendly eating. Now people should eat in a way that makes the climate healthy and weather better – forget what is […]

Share this…FacebookTwitterGerman climate website wobleibtdieerderwaermung here writes a post showing that the poles are not aware of global warming. The once high hyped canary-in-the-coal mine Arctic is just not getting much attention this year from the alarmists this year – because it is doing the very opposite of what they predicted! The German skeptic site […] 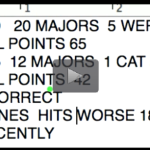 Share this…FacebookTwitterJoe Bastardi at Weatherbell puts hurricanes in historical perspective at his latest Weatherbell Saturday Summary. He presents a fascinating statistic that tells us the alarmist claims being made today about higher and stronger storm frequency over the Atlantic are in fact a lot of hype and wild exaggeration. Joe Bastardi’s chart showing that USA saw far more […]

Share this…FacebookTwitterLess than one year since Greenpeace was caught permanently desecrating the Nazca Lines in Peru while conducting a publicity stunt during a UN conference, the online Hamburg-based Abendblatt here now reports that the famously radical environmental organization is caught up in another scandal, this one India. The media reports that India has shut down […]