It goes to show that you simply cannot judge climate based on a single weather event.

Europe too has seen a record warm November-December period. And that too was due to a weather pattern that saw persistent southerly winds throughout the entire period. Of course southern winds are going to warm up an area. 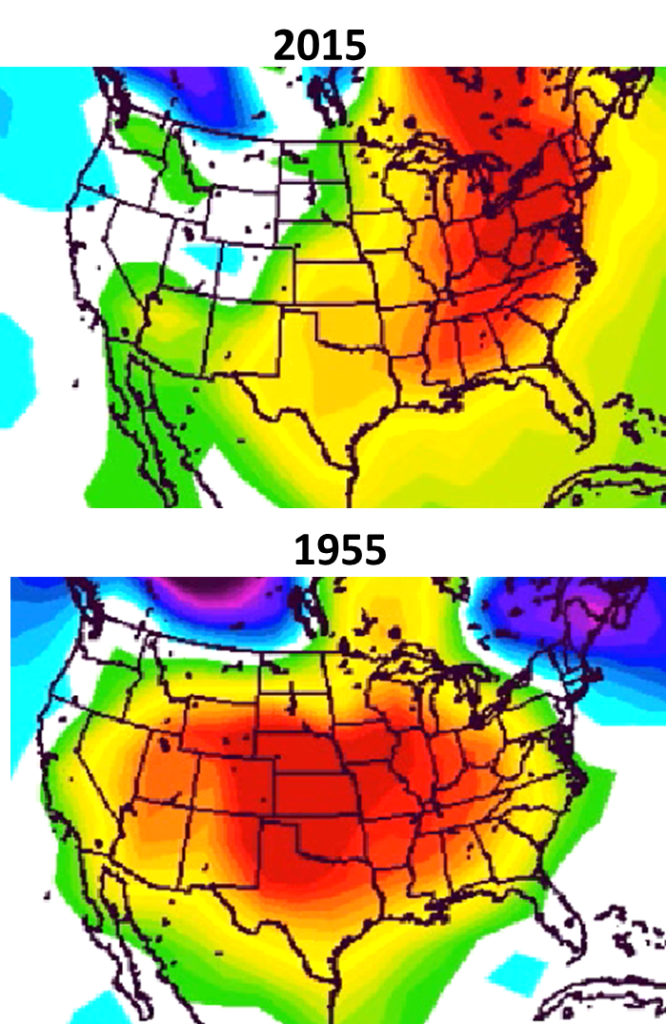 Clearly USA December 24, 1955 was much warmer than in 2015. And Joe reacted harshly to all the media hype of the recent days, calling it “ridiculous” and “propaganda”.  He accuses the alarmist side of being “disingenuous”, using “lies and deception” and pushing “false missives”.

Joe reminds that the current El Niño warmth will soon give way to cool conditions – thanks to the upcoming La Niña .

I’ve spliced together the three charts Joe showed to provide an overall impression of the trend of the last 37 years, 1978 – 2016 (sorry for the poor quality – but you get the idea).

Here we see that the last decade was warmer than the current one so far. Moreover the upcoming La Niña will act to markedly dampen global temperatures by late 2016. Joe suspects they will fall well below the zero line of the above chart. By then we can expect the climate activists to start chasing droughts, floods, tornadoes, plankton or whatever.

For the upcoming weeks, the forecasts show that the weather patterns are set to shift over both North America and Europe, which are about to get a taste of winter – just as Joe predicted months ago.