Germany’s DWD national weather service has released the preliminary mean temperature for the country for January, 2016.
The data show the month was 1.2°C above the long-term mean.

So far the European winter has been a mild one – thanks to a persistent mild weather pattern that has brought warm and moist Atlantic air over the continent most of the time since early November. That pattern led to December 2015 setting an all-time record for the month for Germany. In January the westerly pattern go interrupted twice by polar air.

Overall the DWD remains silent on the overall trend. The January mean temperature trend continues downward. It’s not warming; it is cooling as the chart prepared by Josef Kowatsch shows: 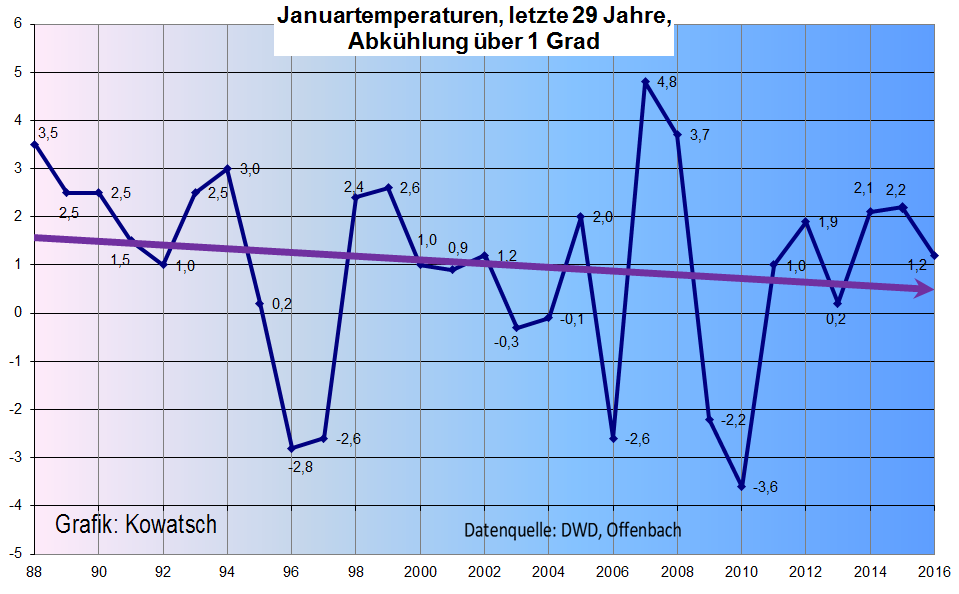 The chart shows the temperature anomaly from the long-term mean since 1988.

And despite the current massive El Nino, meteorologist Joe Bastardi shows at his weekly Saturday Summary that globally January temperatures failed to set a new record, according to what Joe calls the gold standard for measuring global temperature, NCEP. The month so far is coming in at 0.556°C above the mean. 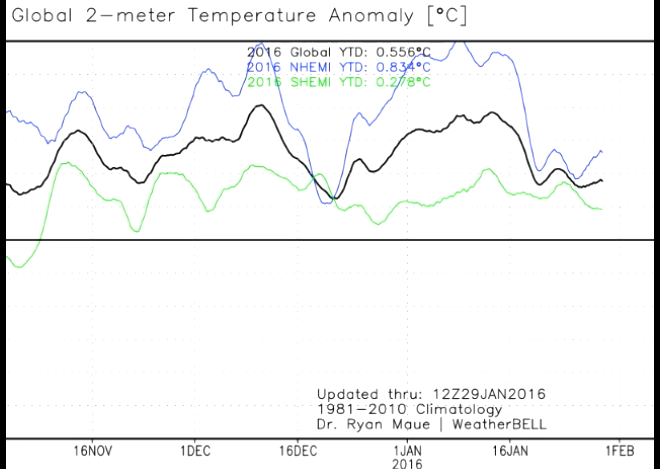 Warm, but not the warmest. January 2016Source: here:

What’s more, Tony Heller at Real Science here shows us that NASA has been busy rewriting history by adjusting past temperatures data. Back in the 1970s, NASA data were showing a rapid cooling since the 1940s. Over the past years NASA has been busily rewriting the data, and consequently the mid 20th century cooling has disappeared, á la George Orwell.