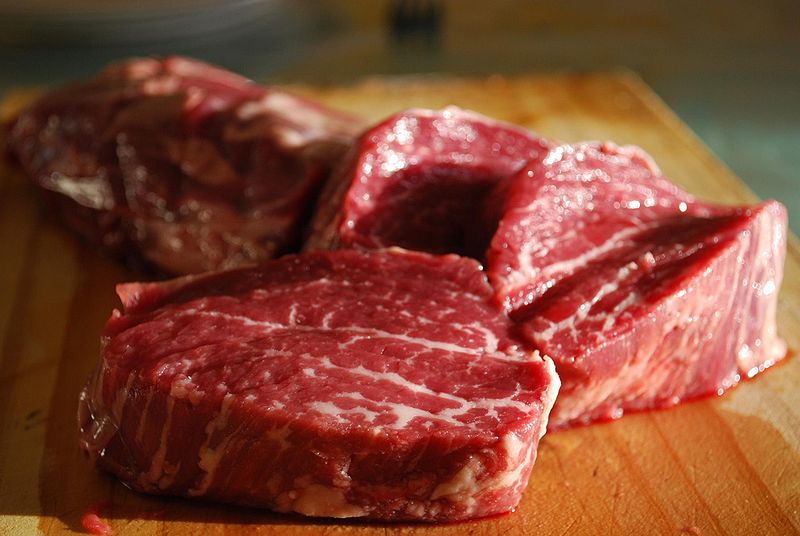 Almost 2 years ago I reported here on a comprehensive study conducted by the Austrian University of Graz showing vegans and vegetarians tend to have significantly more mental disorders and health issues than meat-loving people.

Well, that post has been brought back the public’s attention – and how! Over the past couple of days it has taken off and gone viral, being shared or liked at Facebook over a quarter million times.

Obviously people have been asking why some environmentally active and veggie-leaning people are acting so weird, irrational and at times even hysterical, especially when it comes to climate change. Looks like nutrition may actually be one factor here – in addition to the sorrowful state of Western education and academia.

Nutrition is often a seriously under-estimated factor when it comes to our health – really! Being deficient in just one or two vitamins, and/or minerals or trace elements is enough to make any person seriously ill. Poor nutrition during pregnancy can lead to severe birth defects. Nutritional deficiencies are also often the root cause of mental illness and depression. Too often people totally under-estimate the role of nutrition in their health.

The now famous University of Graz study came up with some sobering findings:

1. Vegetarians are more often ill and have a lower quality of living than meat-eaters.

5. They are a greater burden on the health care system.

6. Vegetarians have twice as many allergies as big meat-eaters.

I don’t want to discourage people from eating vegetarian diets, as these can be highly beneficial IF they include eggs, dairy products and fish on a regular basis. For example for people who suffer from obesity, the vegetarian diet can actually be therapeutic if not taken to an extreme – and done over a limited period, monitored by a competent physician.

However, people who are considering the vegan lifestyle – one that rejects the consumption of almost every animal-based food product – they absolutely need to be extremely wary. The draconian diet often FALSELY promises health. Most experts will tell you that veganism is a very risky and potentially dangerous diet – especially for children and pregnant women.

By nature the human organism, forged by some 3 million years of evolution, is an omnivore and thus is designed to consume, digest and metabolize both animal and plant-based foods. A balanced diet is imperative for maintaining good health. Deny this at your own risk.

I recommend the following video for starters (hat-tip DirkH): www.youtube.com/v=3vr-c8GeT34

24 responses to “The Hazards of Veganism: U of Graz Study Showing Vegetarians Are Unhealthier, More Mentally Disturbed, Goes Viral!”