Accuweather here writes that hurricane Hermine is the first to make landfall in Florida since Wilma way back in October 2005, 11 years ago. 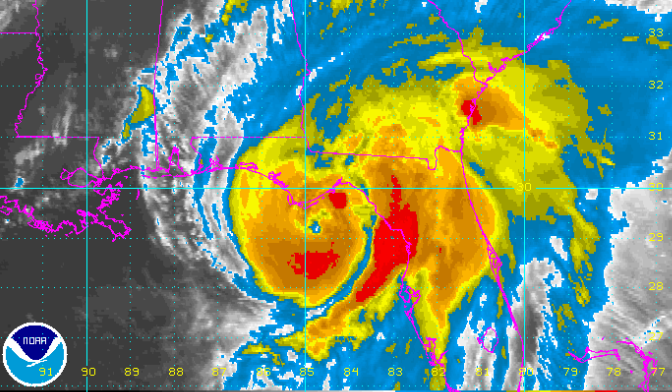 In the heydays of global warming, in the early 2000s, scientists and activists loudly claimed hurricanes would become more frequent and even more powerful due to global warming supercharging – things would only get worse. And unless we changed our fossil-fuel indulgent lives, Mother Nature would certainly punish mankind like never before.

Yet, since those hysterical days, hurricane activity over the East Coast has unexpectedly all but disappeared. Not a major hurricane (Cat 3 – 5) has hit the US east coast in close to 4000 days, thus making the period the quietest in recorded history. The whopping odds of this according to one estimate was only 1 in 2300. Read here and here.

This means that almost all children under 14 have no or barely any recollection of a major hurricane hitting the US east coast.

For Florida, ABC News here reports that Hermine is the first hurricane of any category to hit the state in a decade.

In summary, the exact opposite of what climate experts predicted in 2005 has in fact happened. They could not have been more wrong. Hermine it turns out, just barely made hurricane status. ABC writes:

The Category 1 storm hit just east of St. Marks around 1:30 a.m. EDT with winds around 80 mph, according to the U.S. National Hurricane Center. Hermine later weakened to a tropical storm as it moved farther inland.”

The latest is that Hermine has weakened to a tropical storm and is located over Georgia. The track for the next hours is shown below. 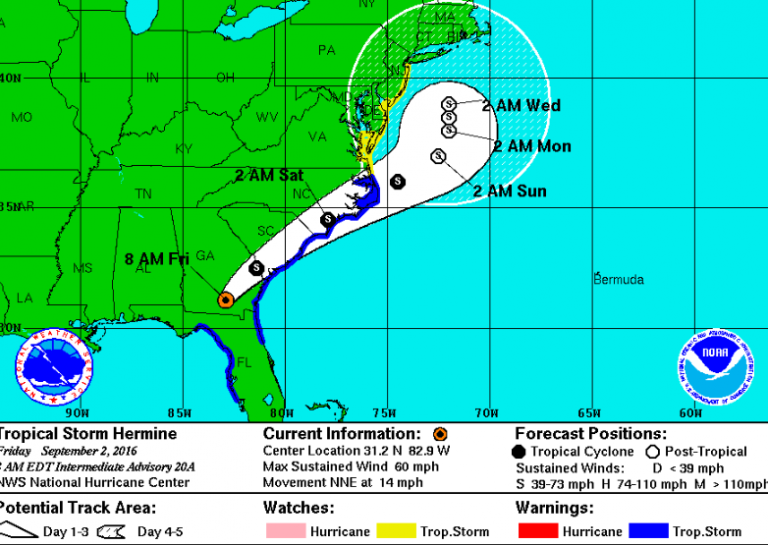 Though it’s early, the storm could pose a threat to southern New England.