Germany’s elite establishment is having a very difficult time coming to terms with the outcome of USA’s democratic process. The country’s ZDF national public television recently and energetically fanned the flames of Trump-hatred, going so far as to compare the U.S. President to Adolf Hitler.

Madonna has company – in Germany.

Smiling ZDF German moderator Ilka Brecht proudly introduces the Trump-Hitler comparison under the guise of a parody. All images cropped from ZDF Frontal 21.

The spread of hatred and the defamation of Trump in Germany has been going on for some months now, but has reached new shrill levels. Last September German SPD (Socialists) Martin Schulz told Spiegel magazine last September: “Trump is a danger to the entire world,” comparing the then US candidate’s rhetoric to that of pre-World War II Nazi Germany:

Behind it there is sometimes even a blood and earth rhetoric that strongly reminds me of the time between the two world wars of last century and whose demons we all indeed still know.”

And since Trump’s “surprise” election success and his inauguration, the rhetoric and raw emotion have boiled to a head among Germany’s state-supported flagship media and top political leaders. Yes — the top political leaders — and not solely among some regular citizens venting in beer-halls. Without any surprise, the anger and hate are now rapidly spreading and radicalizing increasingly the population.

Assassination as solution to Trump presidency

Last Sunday in a televised discussion round German national weekly Die Zeit publisher Josef Joffe sparked outrage by telling viewers “an assassination” would be a solution to the “Trump catastrophe”.

Josef Joffe of German weekly Die Zeit said that “assassination” could be one way to remove Trump from office. Image cropped from Phoenix.

German media/top pols portraying US president as mad and evil

Last Tuesday the hate-filled rhetoric from the ruling elitist classes intensified several notches more: On ZDF national television political show Frontal 21, President Trump was directly compared to Adolf Hitler in a clip disguised as a parody, which was far more offensive than it was funny. 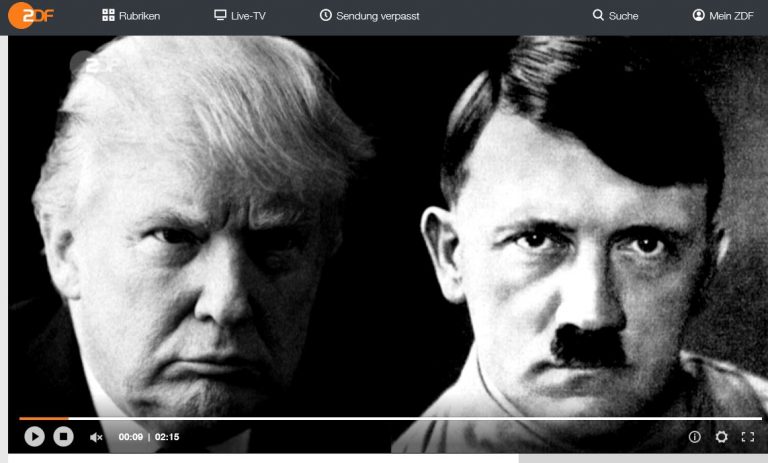 “They both have funny hairdos.”

The Frontal 21 “parody” also said that both Hitler and Trump promised to build new roads and infrastructure, and boasted about drawing “huge crowds”, The ZDF used the following image: 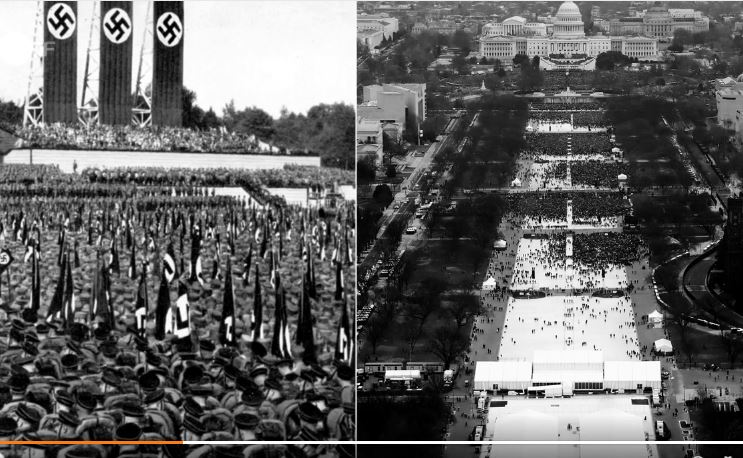 ZDF then portrayed the US President as a maniac… 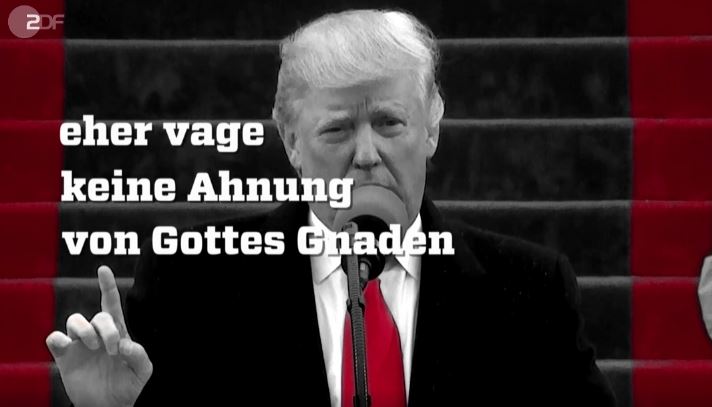 “rather vague”, “clueless”, “from the grace of God”

What is disturbing is that this “parody” is not something produced by some fringe site, but by federal government supported German ZDF national television, and thus cannot be dismissed. It is “public television” and so all citizens are forced to pay mandatory annual fees. Non-payment involves severe penalties. Yes, as a resident in Germany, I also have to watch my money get used to pay for this hate-garbage aimed at my President.

Not only the German top media are defaming the US president, but ao are the country’s top political leaders. Thomas Oppermann of the SPD party announced: “Donald Trump is not playing with a full deck.” Soon to-be-President Frank Walter Steinmeier called Trump a “hate-preacher“.

Designed to unleash an assassin?

What could be behind the spreading of so much Trump-hatred and the harboring of assassination thoughts? It would not be overreach to suspect that the German government is fantasizing about triggering its own twisted new version of Stauffenberg, as Joffe openly expressed. What’s the point of the Hitler-comparison? It’s supposed to be funny?

How all this is supposed to serve to strengthen transatlantic relations with Europe is puzzling. On the economics side Germany itself enjoys a hefty trade surplus with USA, it’s 3rd largest trading partner, and so risks inflicting more economic harm to itself than to Trump. Already some in Germany are proposing closer ties to China as an alternative.

Moreover, the dirty attacks by the country’s leaders/media will hardly help lead to a solution concerning the VW fuel emissions scandal, and those of the other German manufacturers. In fact the potential $18 billion in fines from VW would be more than enough to pay for the border wall to Mexico.