I’ve decided to upgrade it as a post below. Both stories show that today’s climate is well within the range of our climate’s natural variability over the past 100 and 1000 years, and that today’s weather events aren’t unusual. 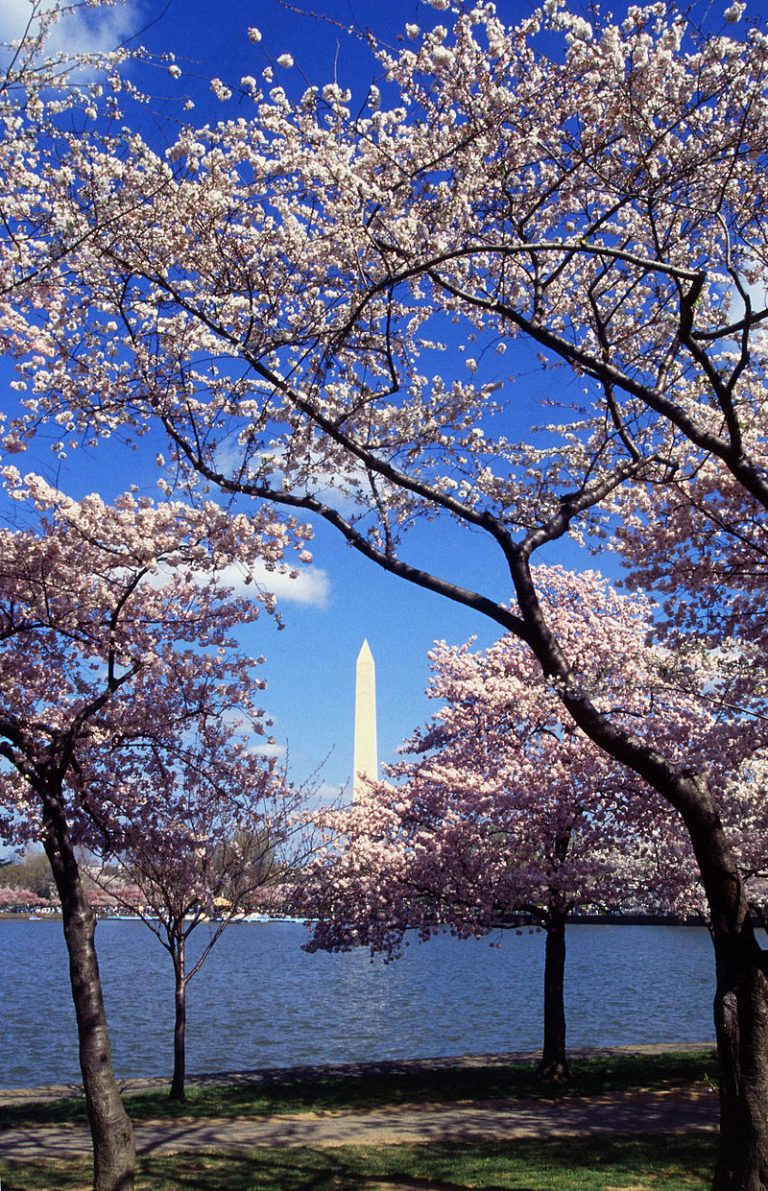 This [Grape Harvest Date Evidence: No Significant Modern Warmth] reminds me of the Washington Post (WaPo) story that ran a story a few days ago about the earlier than normal Washington DC cherry blossoms hitting their “peak day”. It was stated by the National Park Service that the blossoms are now blooming “on average about 5 days earlier than normal” since records have been kept by NPS.

Equally egregious with both the WaPo article and also the NPS claim is the complete ignoring of the fact that the standard deviation of all 96 data points is well over 7 days (1990 was the earliest peak at day 74 while 1958 was the latest at day 108) so the data varies wildly. So, even if a 5 day trend were valid, such a trend is well within the normally expected variation in the “peak” day and is thus no trend. No change.

Nothing but lies and statistical manipulation by the WaPo and the NPS.”

113 responses to “WaPo Cherry Blossom Claims Refuted: “Nothing But Lies And Statistical Manipulations”!”