Software engineering expert Tony Heller has put out a video blasting recent claims made in report by U.S. government officials.

In the video below Heller, who also operates the influential Real Climate Science site here, says that there is an “extremely high probability of fraud by government climate scientists” regarding the recently “exclusively obtained” report written by scientists from 13 U.S. government agencies. Heller in fact says:

The level of fraud in this report is really quite sickening.”

Heller says some of the details in the report are “wildly fraudulent” and claims “the amount of misinformation in this report is overwhelming.”

Heller demonstrates how the report’s authors manipulated their conclusions through the careful selection of dataset start dates, depending on what they were trying to show.

The expert software engineer and data analyst shows how heat records in fact have been decreasing over the past 100 years in the USA – contradicting U.S. government scientists’ claims. In fact extreme heat and extreme cold overall have been declining since the 1930s, as the following chart shows: 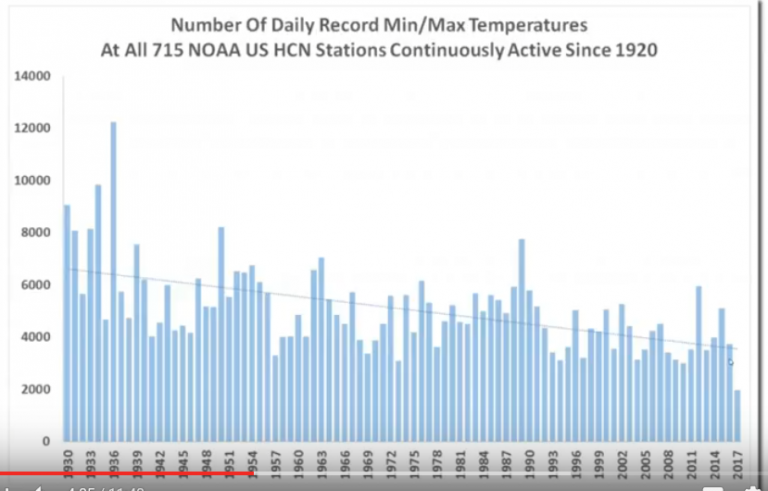 As garbage as garbage science can get

Tony Heller then explains how the scientists made a huge mathematical mistake, one that is tantamount to the computer programming error of dividing by zero. That error, Heller says, horrendously distorted the chart the scientists used to show how the ratio of heat records to cold records was growing. The question that now arises is: Was this an honest mistake, or done intentionally with malicious intent to deceive the public? Heller called the results produced by the methodology “meaningless garbage“….”I don’t know how you can do science any worse than this garbage.”

U.S. hot days have been falling for 100 years

Another false point made by the report was the claim that the number of days with 90°F temperatures and higher was going to increase in the future “with very high confidence“. Yet Heller presents a chart showing that the number of hot days has in fact been trending significantly downward over the past century: 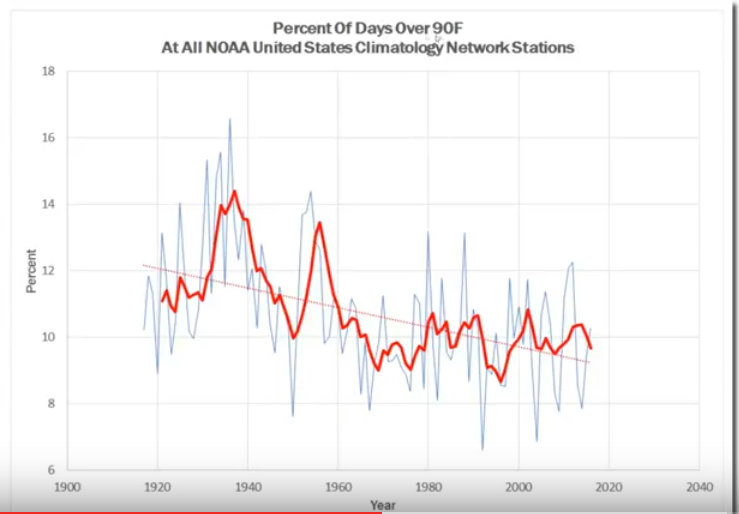 The U.S. government report also claims that temperatures have risen by 1.0°C since 1901. But that claim too is false, as Heller shows with the following chart: 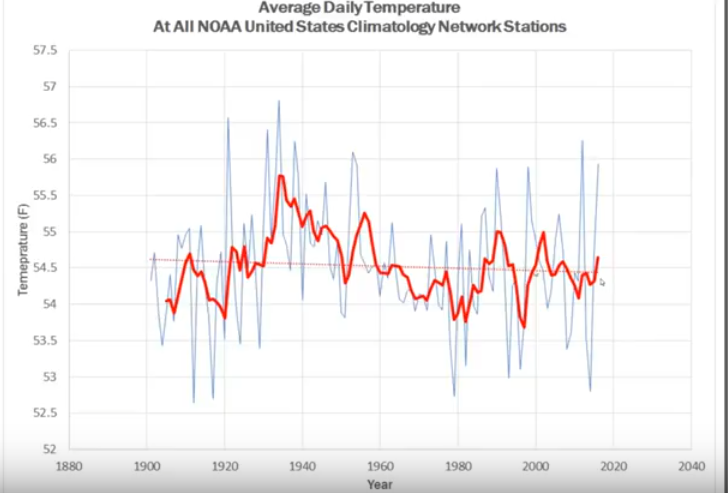 The fearless Heller says of the government scientists: “Their claim is completely fraudulent. The United States is not warming. It is actually cooling.”

Heller then shows a newspaper clipping from 1989 (8:00), where the NOAA itself stated that there had not been any warming over the past 100 years. This was once again confirmed by NASA’s James Hansen in 1999. So how can it be possibly be warming just 18 years later?

Heller explains that since 1989 NASA’s James Hansen and current NASA GISS director Gavin Schmidt have put the historical data through a series of alterations in order to fabricate a warming trend.

Heller concludes that the latest, leaked government report is far from trustworthy:

Everything in this report is based on fake data, manipulated data, bad mathematics and general junk science.”

Heller suspects that the report was a purely politically motivated attempt to pressure President Donald Trump to change his position on the climate change issue.