In a presentation (see below) Harvard astrophysicist Willie Soon came out blasting with both barrels at the corruption in climate science.

He started by saying that any respectable scientist would say that the American National Academy of Science (NAS) is “100 percent corrupt” and the climate scientists who put up the content at the NAS  are “really dangerous”, likening their solution for global warming to amputating a patient’s arms and legs in order to cure his headache.

Soon says that there’s too much political activism in science and blasts global warming scientists’ refusal to debate the subject in public and compared global warming science to a religion, dubbing it “Scientism”. The public he says, is being confused by “political interference” in the science.

The distinguished Harvard professor criticizes the hostile language used by global warming activists, which he feels played a role in the offices of 2 distinguished climate science skeptic professors being fired at with live munition. He presents a series of slides dibbed: “Science is in serious trouble.”

Soon believes that alarmist climate scientist Michael Mann is delusional as he seems to fancy himself to be someone who is rescuing the planet. Overall Soon paints a picture of scientists who have gone completely amok and are totally disconnected from reality, citing an IPCC request that the world pay 535 TRILLION DOLLARS for the carbon sin and NASA’s Gavin Schmidt claim that man is now driving the climate more than 100%.

The list of things that are alleged to be caused by global warming and CO2 is reaching absurd dimensions, Soon shows, e.g. more muddy pet paws, birds singing differently.

One problem that Soon elaborates is that of scientific “censorship and bullying”, and that it is rampant. Inside climate alarmists constantly collude to shut out other opinions and to smear the reputations of scientists who do not agree. Soon openly says that they are “really dirty people, doing bad stuff”.

At the 33-minute mark, Soon presents a chart showing how global warming scientists, having been frustrated by the skeptic scientists, discussed revamping the peer-review process in order to keep skeptic papers from being published. He mentions how Prof. Phil Jones became so desperate with the fear of being exposed that he “contemplated suicide”.

Soon shows how the American Geophysical Union Conference blocked out scientists who had different viewpoints. The censorship was so blatant that Soon dropped his membership. The Harvard astrophysicist is so feared and hated by the global warming alarmism community that he is forced to seek out private funding. One journal, he says, even employed the “yellow star” to designate Soon as a scientist to be wary of, a tactic Soon says is “really Nazi territory”.

On his nemesis Michael Mann, the author of the now debunked and disgraced hockey stick chart paper, Soon calls him a “sad guy”, who even equates himself to a Holocaust survivor, and a scientist who avoids the science and focusses more on personal attacks. 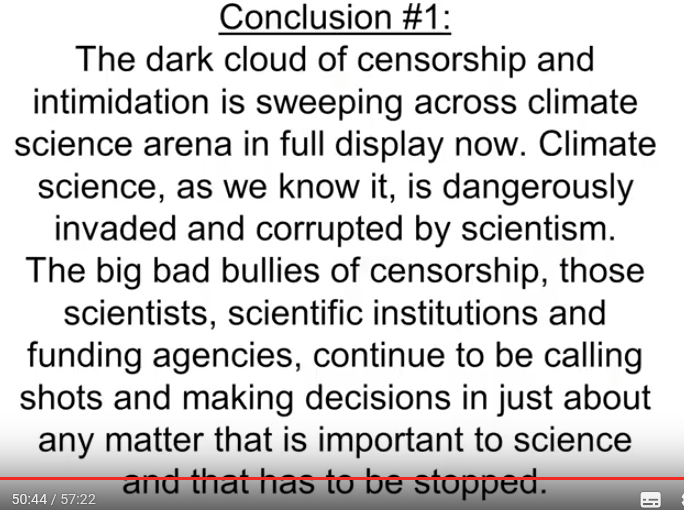 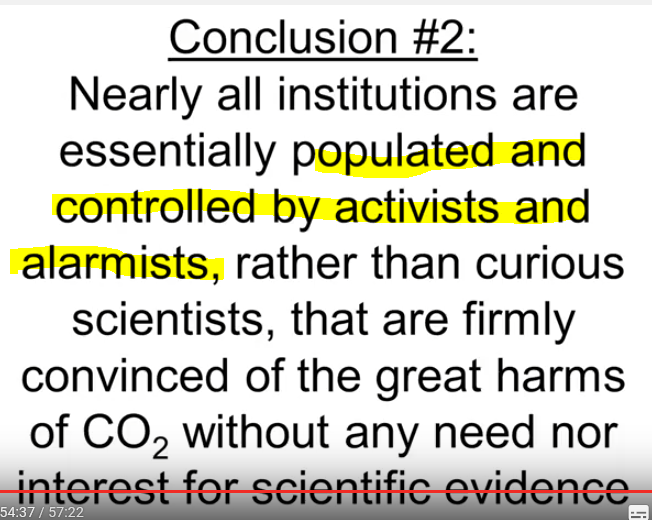