Making forecasts concerning weather and climate is not an easy task. There is really much we do not understand, though some like to make you think everything is all understood and settled.

This is why I get a kick out of people who claim they are able to predict decades into the future, yet have very little data about the oceans and their cycles, which play a huge role in climate, and can’t even predict the El Niño Southern Oscillation (ENSO.

Nothing demonstrates the woeful lack of certainty regarding forecasting better than the ENSO  forecasts made this year. 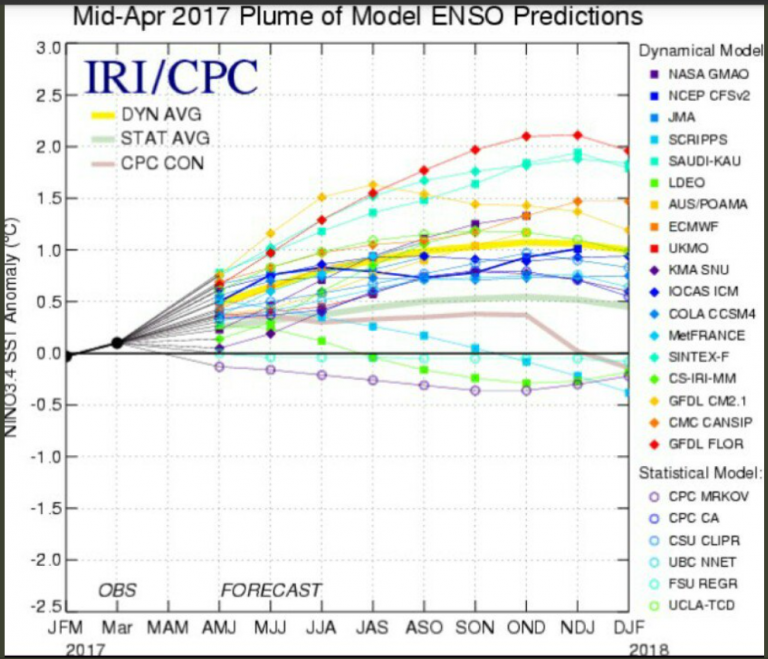 The forecast made in April 2017 above shows a powerful El Niño in the works, with equatorial Pacific surface temperatures at about 1°C above normal. 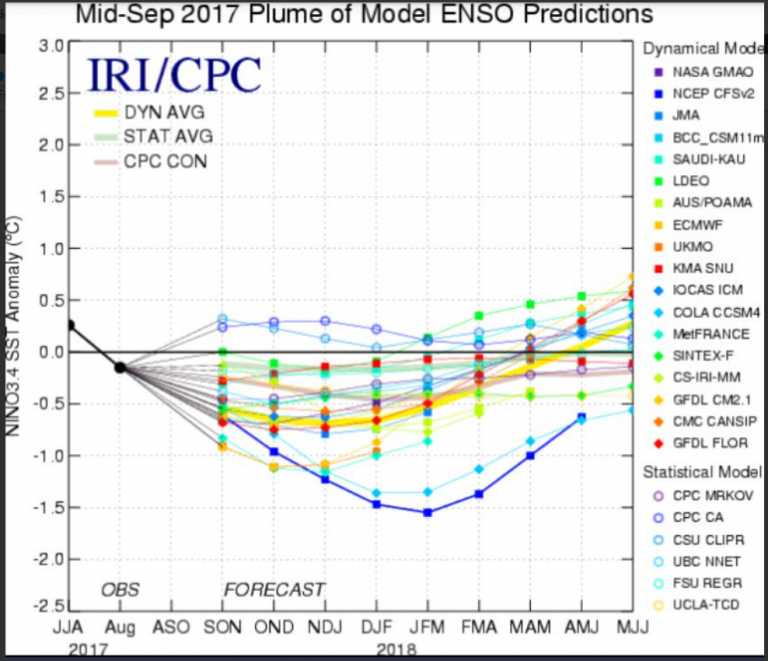 The second chart above shows the recent mid-September forecast, which is now completely opposite. It indicates a La Niña in the pipeline, which means early next year’s satellite sea surface temperatures will be cooled down and the overall global temperature trend will have been flat for some 2 decades.

In the following chart from Tropical Tidbits here presents what sea surface temperatures are at the moment: 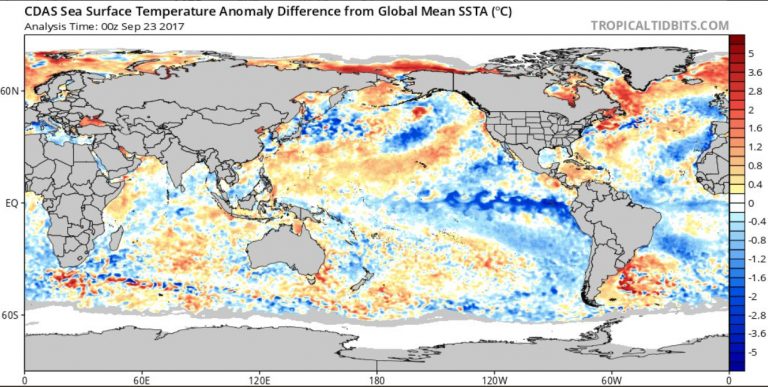 Note the relatively frigid equatorial Pacific sea surface temperatures. According to the April forecast (first chart above) by the IRI, we were supposed to be in warm El Niño territory by now, some 1°C warmer.

Also note how much the recent hurricanes have cooled parts of the Atlantic and Caribbean. Still, there’s much contrasting warmth south of the Gulf of Mexico and like meteorologist Joe Bastardi says, the conditions and patterns continue to be ripe for more hurricane incubation.

Next we see the subsurface sea temperature anaomalies for the equatorial Pacific down to 300 meters depth:

Four months ago subsurface temperatures were much warmer, see page 12 here. Today the NOAA says there is an increasing chance (~55%-60%) of La Niña during the Northern Hemisphere fall and winter 2017-18.

So what can we draw from all this? Expect continued global cool down in the months ahead. At the same time, never exclude the possibility of surprises.