Retired German climatologist Dr. Werner Kirstein recently spoke on the topic of climate change before a packed audience at the 14th Anti-Censorship Conference (AZK) last November, blasting the politicization of climate science and taking issue on how data are (mis)handled and deceitfully presented to the public. 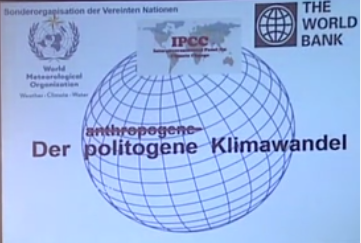 During the presentation Kirstein comes down extremely hard on the media, claiming that German flagship news media offer the public only propaganda on certain issues. Thus in Kirstein’s view climate change has little to do with man (anthropogenic) but mostly is what he calls “politicogenic” because the science has been seriously compromised by politics, power-hungry bureaucrats and politically motivated organizations, such as the WMO, IPCC  and The World Bank.

“Sad, but that’s how it works”

Kirstein also claims that universities have been corrupted in that government funding flows only if a researchers show there is a connection between something and CO2-induced warming, no matter how absurd the subject. “It all comes down to funding,” Kirstein notes. “It’s sad, but that’s how it works.”

Kirstein also informs the audience there are many scientists who have been very critical of climate science, and that the media in Germany supplies only half-truths on the subject, and is thus providing audiences “pure propaganda“.

The retired professor shows that climate change has been the norm throughout the earth’s history, and that we’ve seen even warmer periods during our current Holocene. He characterizes Prof. Michael E. Mann’s hockey stick chart as a propaganda tool. Kirstein also feels the climate models are faulty and unreliable, and that they have been manipulated to make CO2 appear as the driving climate driver.

History, he says, shows there is no correlation between CO2 and global temperature and that statements claiming otherwise are “bogus correlations”.

Even a quadrupling would benefit… 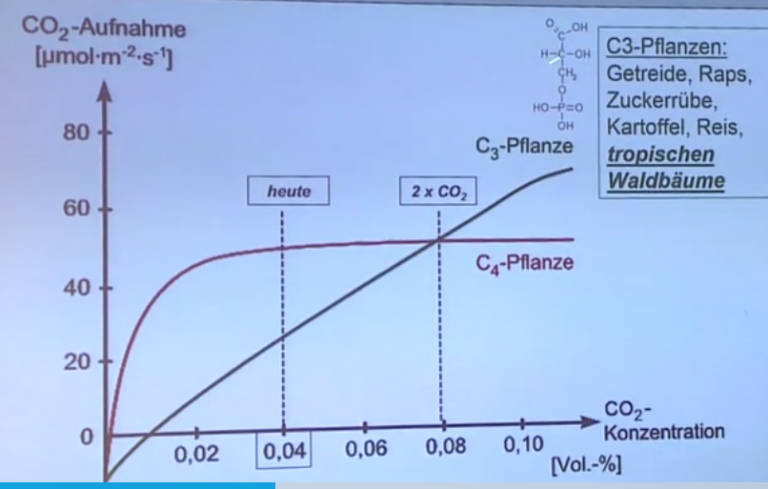 Kirstein also believes that climate scientists are irresponsibly using climate science to spread fear and panic among the population, and says that Potsdam Institute Director Hans-Joachim Schellnhuber “ought to be happy he does not reside in Switzerland” because there falsely spreading fear among the public is punishable with up to 3 years in prison.

The long outspoken German professor also characterizes the notion of “climate protection” as a superstition, a concept that makes no sense. He showed the packed audience a variety of ways of how alarmist scientists and media have used a variety of bogus claims to propagate fear among the public, such as those relating to glacier retreat, polar bear population, unexpected heavy snowfalls, polar sea ice, cold winters, desertification and sea level rise.

Smear, and then run from factual discussion

The politicization has gotten so bad that Kirstein is saddened to say that today “belief in the true nature of climate variability is labelled as conspiracy theory or populism – a killer argument that allows retreat from every factual discussion.”

You don’t have to be a climatologist to reveal that manmade climate change is in fact presented as a political ideology that uses the aid of clever media propaganda.”

Delightfully, Kirstein was applauded throughout the presentation, indicating that the audience is on to the scam of catastrophic “anthropogenic” global warming and all the tricks used by the media.