The online fuldainfo.de here reports of mores woes in the German offshore wind industry. It’s turning out that offshore wind power is expensive, and often plagued by technical difficulties. 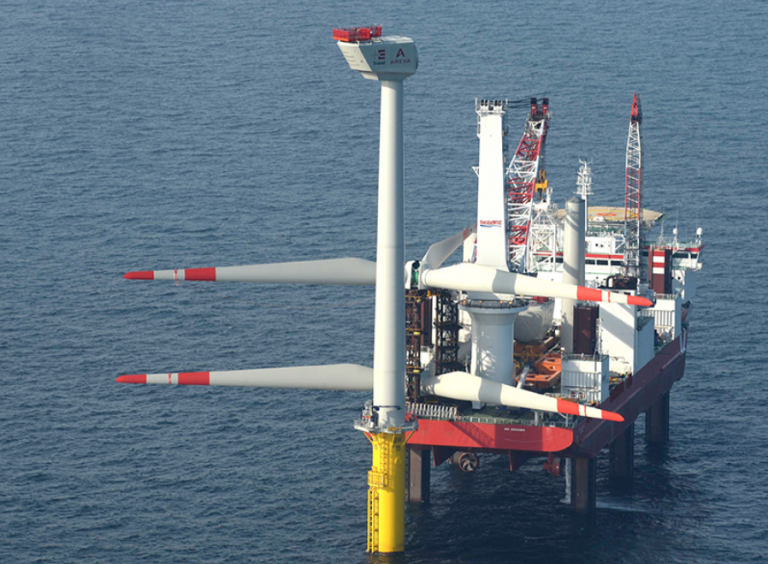 Just days ago I wrote here of another recent technical folly suffered by the North Sea Riffgat wind park, where its power transmission underwater cable worked its way out of the seabed to become exposed and thus at risk of becoming ensnarled with anchors or fishing nets.

The fuldainfo.de now writes of “high losses” incurred by aanother nearby wind park: the Trianel Windpark operated by Rhönenergie. This is “not surprising” to FDP Free Democrats Party Chairman Mario Klotzsche:

We brought up our concerns again and again in the committees, and also in public, because the economic precariousness was foreseeable at a very early stage. That’s why the city of Flensburg left the project already in 2014. That’s what we also wish to do so that Rhönenergie can avoid getting saddled with additional burdens.”

A major reason for the losses seen by the Trianel Borkum park today, according to Klotzsche, were the “rosy wind projections”, which he reports was also the case for “many other wind projects“. He is quoted in the fuldinfo.de:

Klotzsche also spoke of “repeated delays” with respect to hook up to the power grid, and even after the park was put into operation.

Moreover, the winds that were projected never materialized. “There was less wind than what was assumed,” according to Klotzsche. “The responsible persons calculated the project using rosy numbers.”