According to the United Nations Intergovernmental Panel on Climate Change (UN-IPCC) and computer modeling, the Sun’s role in modern-era climate change checks in at somewhere slightly above nothing. 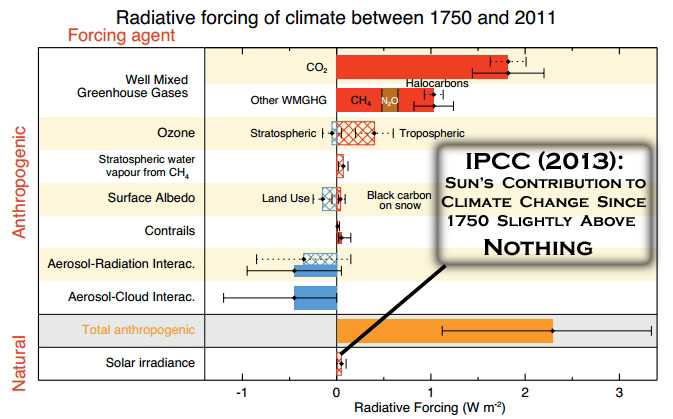 And yet it is increasingly evident that more and more scientists across the globe do not take the position that the Sun’s influence on climate change is negligible.

In 2016 and 2017, for example, over 250 papers (see here and here) linking the Sun to climate changes were published in scientific journals.

Less than 2 months into 2018, the scientific literature is still teeming with supporting evidence that says when it comes to climate changes, to a substantial degree, It’s The Sun.  The list for 2018 has already swelled to 20, keeping pace with 2016 and 2017.

Below are 3 more new papers added to the list within the last week.  Each paper documents a fundamental role for solar activity in modern climate changes.

“The major harmonics centred at ~ 63 ± 5, 22 ± 2, and 10 ± 1 years are similar to solar periodicities and hence may represent solar forcing, while the components peaking at around 7.6, 6.3, 5.2, 4.7, and 4.2 years apparently falls in the frequency bands of El-Nino-Southern Oscillations linked to the oceanic internal processes.  Our analyses also suggest evidence for the amplitude modulation of ~ 9–11 and ~ 21–22 year solar cycles, respectively, by 104 and 163 years in northern and southern hemispheric SST data [during 1850 to 2014].”

“The absence of the above periodic oscillations in CO2 fails to suggest its role on observed inter-hemispheric SST difference. The cross-plot analysis also revealed strong influence of solar activity on linear trend of NH- and SH-SST [Northern/Southern Hemisphere Sea Surface Temperature] in addition to small contribution from CO2. Our study concludes that (1) the long-term trends in northern and southern hemispheric SST variability show considerable synchronicity with cyclic warming and cooling phases and (2) the difference in cyclic forcing and non-linear modulations stemming from solar variability as a possible source of hemispheric SST differences. … The trend components of NH-SST and SH-SST show strong relationship with TSI [Total Solar Irradiance] trend variations and poor in relation with global CO2 trend.”

“Based on a complex analysis of hydrometeorological data, it has been shown that changes in the temperature of the troposphere and the World Ocean reflect a response both to individual helio-geophysical perturbations and to long-term changes (1854–2015) of solar and geomagnetic activity. It is established that the climatic response to the influence of solar and geomagnetic activity is characterized by considerable spatio-temporal heterogeneity, is of a regional nature, and depends on the general circulation of the atmosphere. The largest contribution of solar activity to the global climate changes was observed in the period 1910–1943. … For the last 1000 years, the world climate experienced changes that quite closely corresponded to variations in SA [solar activity]: in the 11th–13th centuries, when SA was high, there was a warm period (the “medieval climatic optimum”), and two distinct temperature drops in the small ice age (16th–17th centuries) correspond to the Maunder and Spörer minima.

“A general rise in the level of SA [solar activity] occurred after the completion of the Maunder minimum [1700s], and the world climate became warmer during most of this period. … It is shown that solar activity contributed significantly to the global climate change, mainly during the first warming in the 20th century (1910–1943). This period is characterized by a significant positive trend in the level of geomagnetic activity that was maximal over the entire considered time interval (1868–2015) and coincided with enhanced meridional heat transfer in the North Atlantic.” 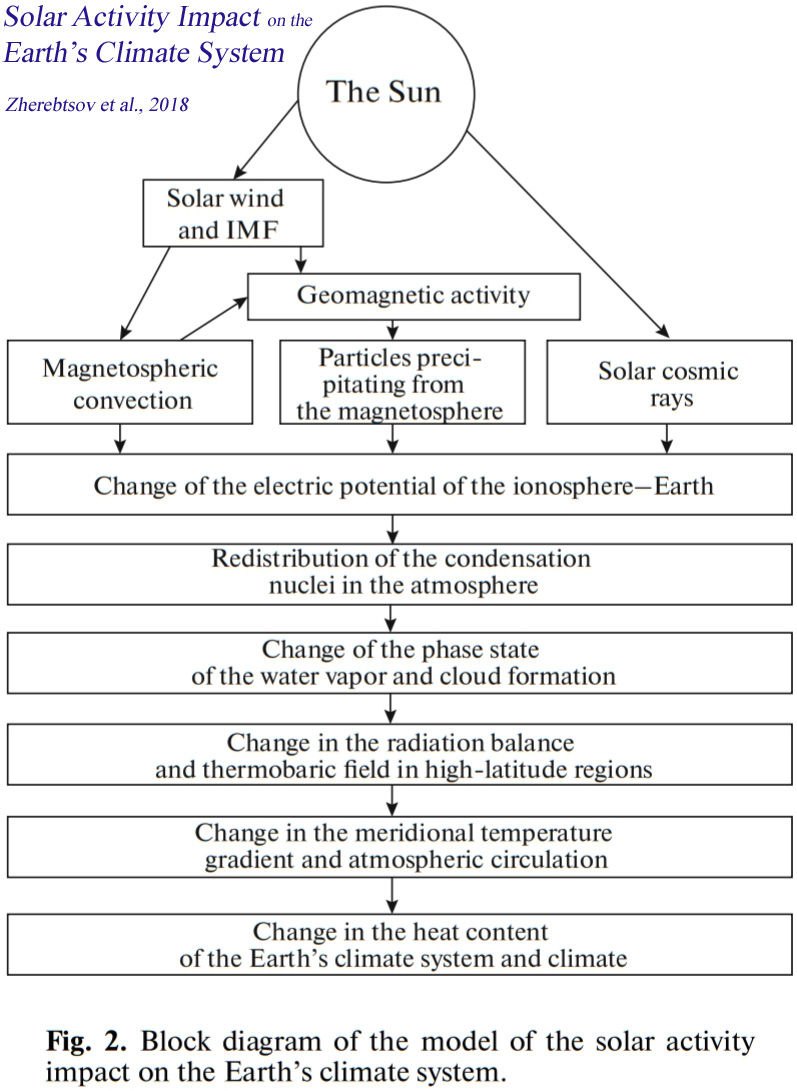 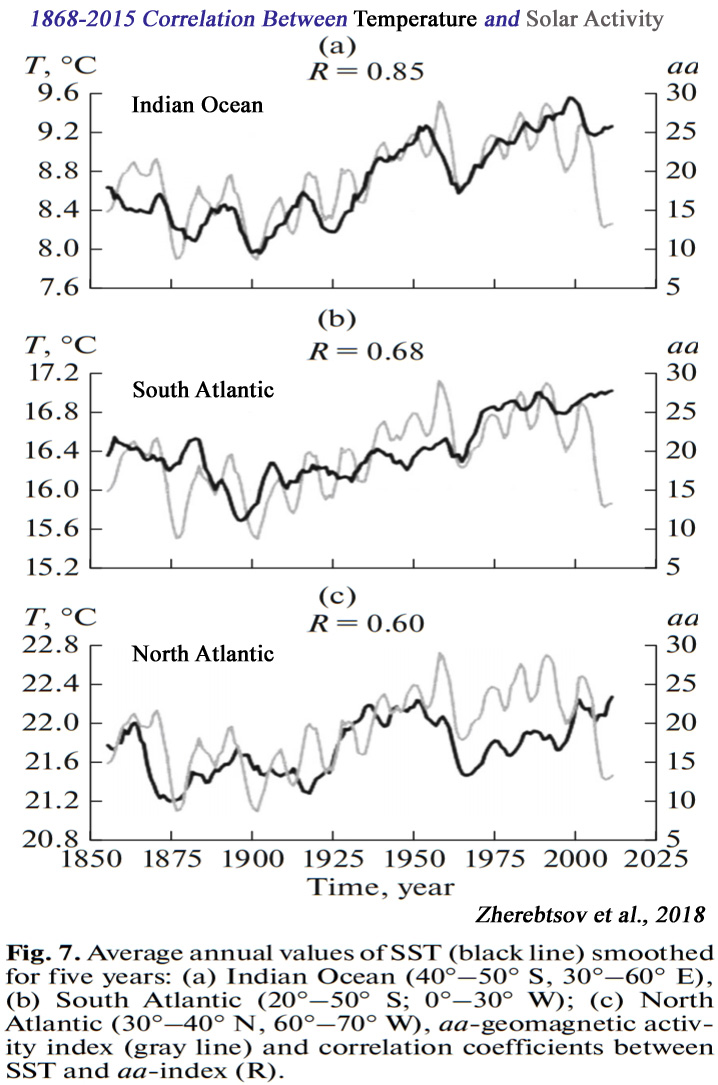 The Sun May Descend Into ‘Maunder Minimum’ Levels This Century, ‘Strongly Influenc[ing]’ The Climate

“Over the past decade there has been increasing realization and concern that the steady and high solar luminosity of the past century [20th] may transition to greater variability later this century (Abreu et al. 2008; Feulner & Rahmstorf 2010; Lockwood 2010). Specifically, the Sun may descend into a period of low magnetic activity analogous to the historical Maunder minimum (MM; circa 1640–1715; Eddy 1976). A resulting decrease in total solar irradiance (TSI) impacting the terrestrial lower atmosphere energy budget is linked to changes in high-latitude circulation patterns that strongly influence the climate of Europe and the Atlantic sector of the Arctic and subArctic (Song et al. 2010; Meehl et al. 2013), and may also influence Antarctic climate (Orsi et al. 2012). Studies have also shown the importance of stratospheric response to a grand minimum (e.g., Gray et al. 2010; Bolduc et al. 2015; Maycock et al. 2015).”

“Over a solar cycle and certainly in response to a future grand minimum, irradiance variability at middle ultraviolet (UV) wavelengths that drive oxygen photolysis and ozone chemistry is much larger that that of the TSI. Resulting changes to stratospheric ozone abundance alter the stratosphere–troposphere temperature gradient and feed back to tropospheric planetary wave refraction, further altering climatically relevant circulation patterns (Maycock et al. 2015). With this realization that both direct radiative and indirect stratospheric influences affect terrestrial climate under a solar grand minimum, it is important to understand how UV irradiance would respond to such a large and prolonged change in solar magnetic activity.” 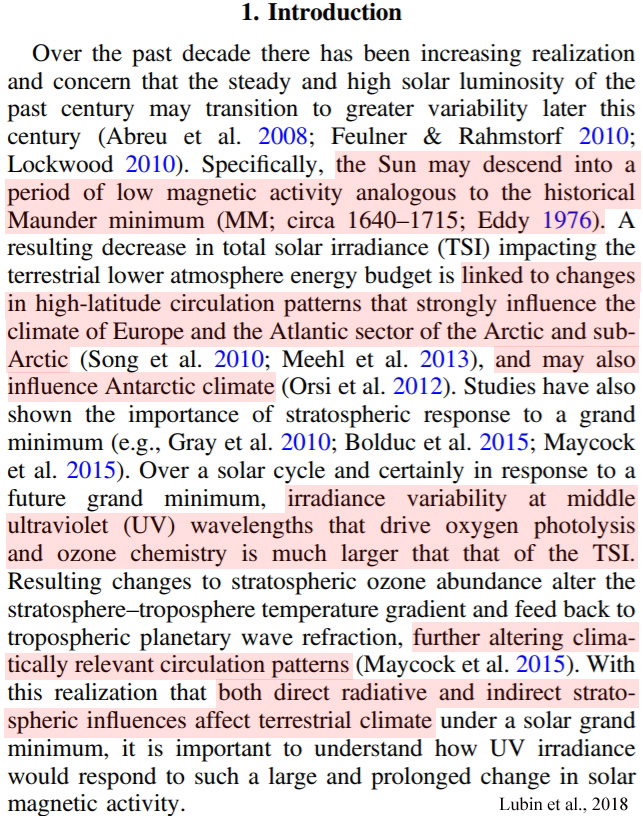 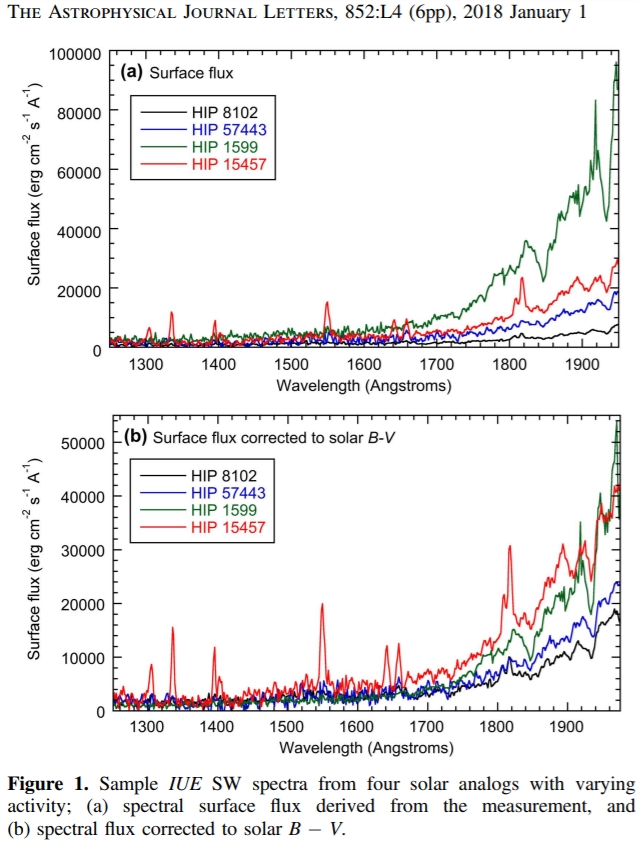