“We now seriously need a Schellnhuber timeout. […] We do hope the new PIK leadership will correct the extreme direction the institute is currently on and rapidly puts an end to the flow of climate-alarmist press releases.“ 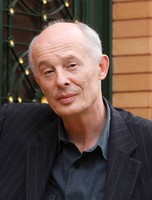 Hans-Joachim Schellnhuber is stepping down later this year in autumn and consequently will relinquish his position as director at the Potsdam PIK Climate Institute. The successors have already been named. Over the past years Schellnhuber had increasingly become a burden for the institute. Parts of the German political spectrum had already requested his removal from the “Scientific Advisory Council for Environmental Change” (WBGU) for representing a direction leading to a green dictatorship. In the end it was likely a direct decision by the Chancellor that saved him. Recently there had been a mysterious spree publications by Schellnhuber appearing in the journal of the National Academy of Science. The suspected secret is that he was allowed to choose his peer reviewers himself as a member of the society.

Parts of the press also reported what many already suspected. Spiegel on Hans-Joachim Schellnhuber: “One is getting the impression that he has become more activist than physicist”. Here his role as a ghostwriter for the Pope fits very well as he basically put all the words of his choice into the Pope’s mouth. He almost totally ignored all the uncertainties climate science is afflicted by. His aim: The unconditional destruction of the fossil fuel industry. And as a direct advisor to the chancellor, he pushed this message to the highest levels. History over the coming years and decades will be decided by Schellnhuber’s role in the climate debate and the overly hasty rush into renewable energies. We now seriously need a Schellnhuber timeout. We do hope the new PIK leadership will correct the extreme direction the institute is currently on and rapidly puts an end to the flow of climate-alarmist press releases. What really is now needed is a balanced and rational presentation of the results, without the constant pressure of having to do missionary work.”