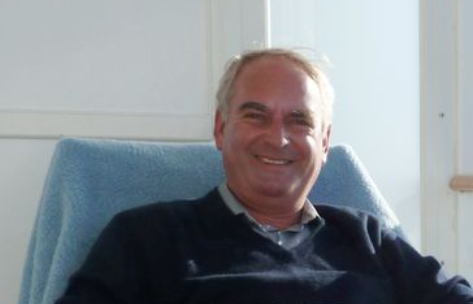 The Swiss Basler Zeitung (BZ) reported on April 13, 2018, that a new research institute opened at Lake Aegeri in Switzerland last year: the Institute for Hydrography, Geo-ecology and Climate Sciences (IFHGK), which will focus on the natural causes of climate change.

Contrary to the other government-funded institutes, the IFHGK focusses on the natural causes of climate change: the Institute for Geo-ecology and Climate Sciences wishes to show that CO2 is not necessarily the main driver behind global warming and thus goes against the alleged broad consensus among mainstream researchers, the Baseler Zeitung writes.

The new institute, founded at the start of 2017, is located in Oberägeri, Switzerland is directed by Hans-Joachim Dammschneider. who according to the BZ explained:

Unlike many others who speak on the subject of global warming, I’m actually a climate scientist.”

The institute consists of scientists who work on a volunteer basis and operates on a shoestring. Decisive in the founding of the institute was Dr. Hans-Joachim Dammschneider’s encounter with Dr. Sebastian Lüning, who together with Prof. Fritz Vahrenholt wrote the Spiegel bestseller “Die kalte Sonne“,  which upset German mainstream climate science. Lüning also runs the Die kalte Sonne climate site, where he posts daily.

Looking at climate science with “calm, common sense and reason”

Dr. Lüning, a geologist, long ago concluded that the mainstream climate scientists have navigated themselves into a dead end. Dammschneider told the BZ that the institute will look at the issues with “calm, common sense and understanding.”

Dammschneider, who considers himself a climate realist, says that it is absurd that CO2 has been designated a pollutant and that the substance is mainly to blame for es climate change. Dr. Dammschneider is a leading German expert in the field of geography, climate research, oceanography and geology.

The BZ reports that already Dammschneider has published some papers in their own publication series and that he specializes in the field of periodic temperatures changes of the oceans, which have a direct impact on the atmosphere. He told the BZ:

The atmospheric temperatures tend to correspond with the oscillations of the oceans and are subject to a comparable pattern.”

The German-born researcher believes it is essential to record these changes and to see if the climate changes are normal, or if they only have existed since man started burning fossil fuels.

His research and the findings of Sebastian Lüning for the North African region show that during the period of the year 1000 to 1200 A.D. it was similarly as warm as it is today. The BZ writes:

The works of Lüning and his team show that during this period very optimal climate conditions predominated. They also indicate that today’s warm period is not unique.”

The fear to dissent

On the future success of the institute, the BZ writes that Dammschnei­der is aware that it’s going to be a long and difficult road, saying that “young climate scientists as a rule cannot afford to question asserted truths if they do not want to endanger their careers. Thus the new climate science skeptic institute will have to rely on support from independent scientists and retired professors who are free to speak without the fear of harsh consequences.

The BZ writes that the institute is working to gain public attention, but is in need of funding. However: “business sponsors look promising, and so it hopes to employ some workers,” the BZ reports.

Sooner or later they will have to soften the positions they’ve held so far.”

Read the entire story in German at the Basler Zeitung