What follows are 4 charts that show us some shocking trends, and how in reality the German solar industry has seen a bloodbath that can be rated as one of the worst in a long time. The reality is that Germany’s green revolution is far from being a model for the world.

The first chart shows solar energy as a share of gross electricity production: 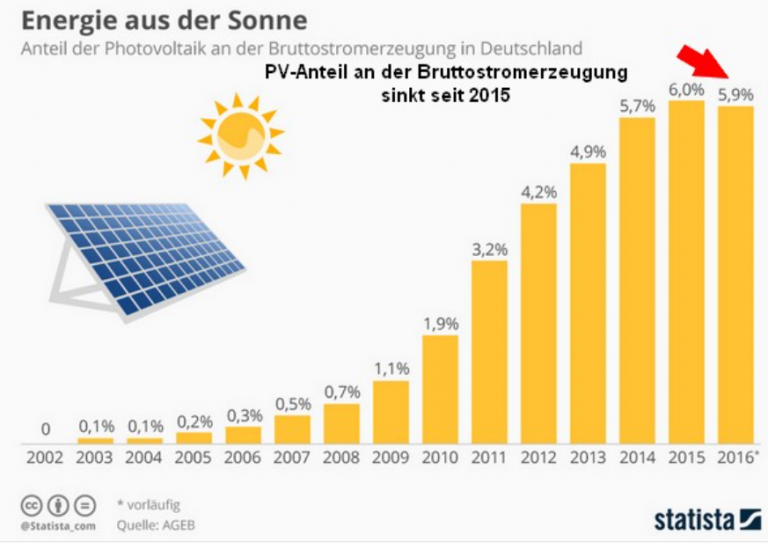 The chart above shows the share of solar energy of total electricity production peaked in 2015 and the trend has since levelled off.

Subsidies and investments get slashed

In the next chart, the rate of the addition of new solar power production systems has plummeted. In 2012 over 7000 megawatts of new solar capacity were added. 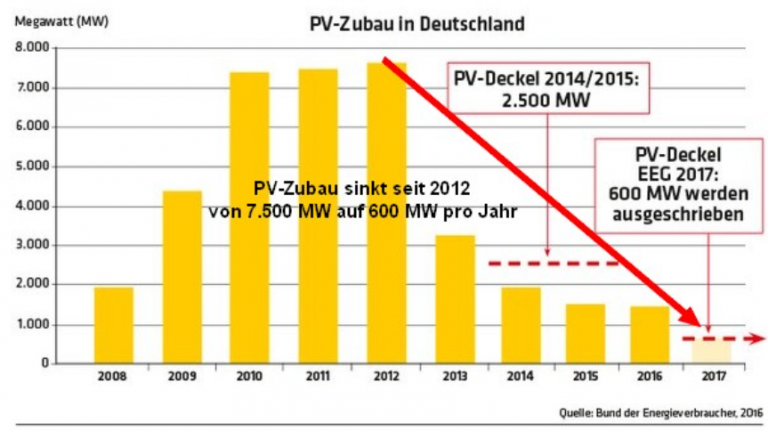 But in 2012 the boom ended abruptly as new laws on feed-in rates were enacted in order to keep the solar energy supply from going out of control. In 2017, only 600 megawatts of new capacity were expected to be added. That’s a 90% drop!

The crash in new installations of course are the direct result of massive cutbacks in subsidies and investments in solar facilities, as the next chart shows: 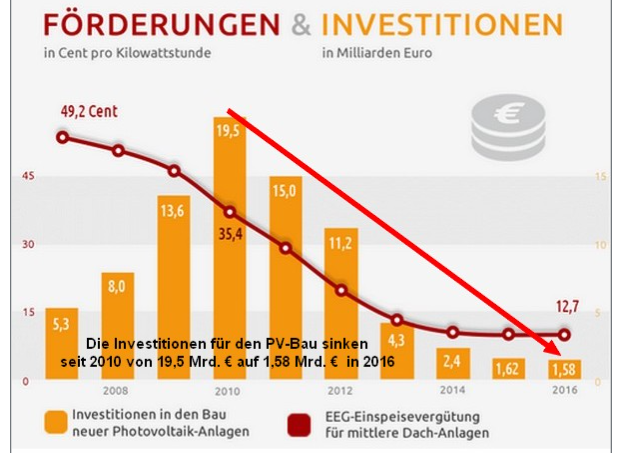 As the above chart depicts, feed in rates guaranteed to solar panel operators (Förderungen) fell from a whopping 49.2 euro-cents per kilowatt-hour in 2007 to just 12.7 cents today.

Finally the fourth chart depicts the number of jobs (Arbeitsplätze) in the German solar industry. Here we clearly see a bloodbath. 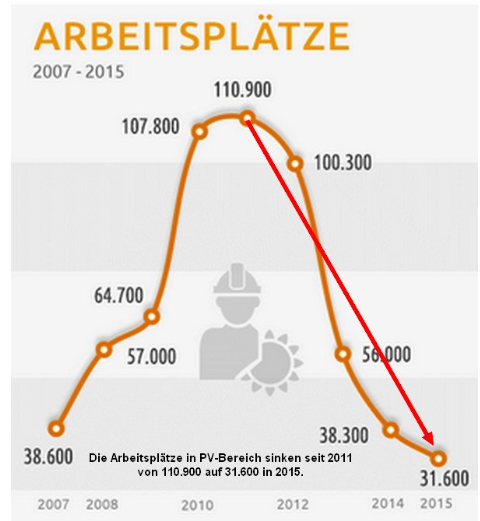 The number of jobs in the solar industry peaked at some 110,900 in 2011, before crashing spectacularly thereafter. In 2015 there were only 31,600 jobs – a roughly 70% plunge. This naturally was a bitter disappointment for the roughly 80,000 people who lost their jobs, but once had been promised a bright, green future by politicians who had touted a grand master plan.

The solar transformation has failed. Investors are flocking away in droves because of the cancelled feed-in tariffs/subsidies. New additional installations are hardly taking place. The first installations are now being taken offline and the share of solar power in Germany has fallen under 6 percent. The power consumers, who ended up footing the bill for the solar expansion, will however no longer have to pay as much.”