Although Japan’s national daily ‘The Asahi Shimbun’ concedes green energies face “a broad array of tough challenges” such as high costs and a lack of storage, it irrationally calls for their acceleration! 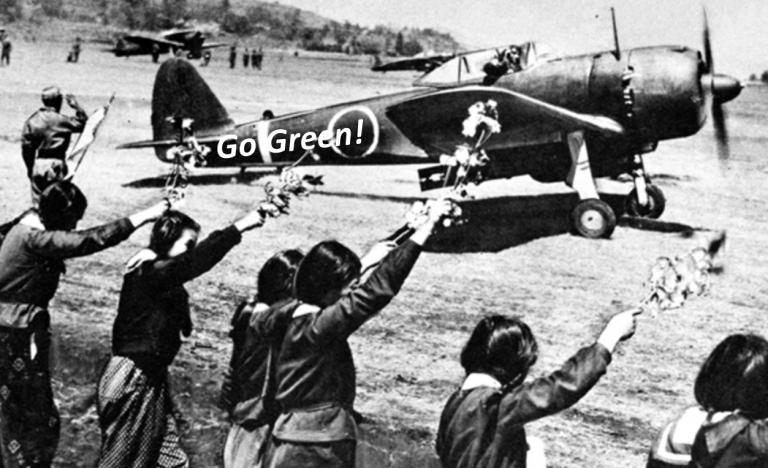 If the green energy revolution proves anything, it is that it is far easier said than done. Too often we’ve heard from green energy proponents: We can do it, and it won’t even cost much!

Yet today some proponents are starting to back off from that rosy view. For example an op-ed piece appearing last month in the English-language Asahi Shimbun tells us that it’s becoming clear that the transition over to a green energy economy is nowhere near as easy nor as cheap as proponents used to tell us.

Though the op-ed piece whole-heartedly promotes green energies and calls for a “specific plan to accelerate” them, the Asahi Shimbun is forced to concede that green energies aren’t working out very well at all.

About half way down comes the passage of particular interest:

Promoting green energy, however, requires dealing with a broad array of tough challenges, such as lowering costs that are higher than in many other countries, enhancing the power grid and developing more efficient storage batteries. The government needs to act swiftly to devise a specific plan to accelerate the use of renewable energy sources.”

There are 5 points to take away from this surprising admission.

Firstly, the centre-left Asahi Shimbun finally acknowledges that green energy is indeed expensive and fraught with “a broad array of tough challenges”. That’s a good start. But green energy critics have been pointing this out for years.

Green energies without the green grid

Secondly the Asahi Shimbun also appears to recognize that the power grid infrastructure is indeed woefully lacking, is in need of “enhancing”, and that plastering the landscape with wind turbines and solar panels before getting the grid up to par was probably a pretty horrible idea.

Here Japan is not alone, as many countries worldwide put the cart before the horse when they decided to go green. Instead of first setting up a proper grid, governments simply forced power companies – by law – to buy up all the volatile green power that got produced and to ram it into the grid (whether it was needed or not). Policymakers hoped the grid would somehow cope.

Thirdly, the op-ed piece acknowledges that energy storage systems just aren’t available on the scales anywhere near what is needed. Just as is the case with the power grid, here as well the problem of storage should have been addressed long before putting up all the weather-dependent wind parks and solar systems.  Moreover, there are still are no indications the storage problem will be solved anytime soon.

Fourthly, and what should be stunning to everyone, is the admission that Japan really does not have a “specific plan” for implementing (let alone accelerating) green energies. Like many countries, it never had. Most just barreled blindly into the green project with barely an iota of planning. If a plan really existed, then why would the Asahi Shimbun be demanding swift action to “devise” one?

The truth is that energy infrastructure planning should have been done some 20 years ago – before setting up all the wind parks and solar panels without a proper grid or storage capability. Is it any wonder that so many other countries globally find their energy policies and infrastructures in shambles?

It’s a reality that the installation of green energies so far has been done slipshod, chaotically and without any professional planning. Green energies have in fact been primarily driven by activism and political-environmental grandstanding, and it had little to do with systematic project infrastructure engineering, i.e. analyze, plan, engineer, test, improve and then implement.

Many countries unwittingly let themselves get swept up by the irrational green energy exuberance and today they don’t know how to get out of the mess.

Finally one would think that with the Asahi Shimbun op-ed piece conceding the huge obstacles, it would at least advocate a whole new approach to avoid the “broad array of tough challenges” green energies harbor. Unfortunately that is not the case.

Quite to the contrary, the op-ed instead amazingly calls for the continuation down that faulty path, and “to accelerate” kamikaze style. That defies all logic. Maybe doing something wrong faster will somehow make it magically work?

The green energy proponents have become desperate, so much so that they are now resorting to kamikaze strategies in a last ditch effort to salvage their pet project.

The best thing here would be for the kamikaze green pilots to turn their suicide planes around, return to base, and realize it’s over.