Outgoing director of the Potsdam Institute for Climate Impact Research (PIK) believes mankind, through its activities, is headed for a “mass extinction” event and an anthropogenic calamity comparable to a geological scale asteroid hit. 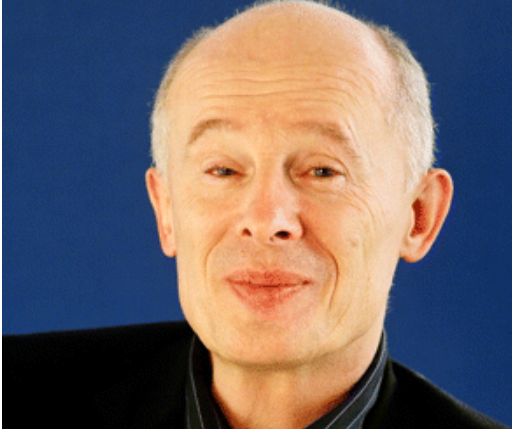 Prof. Schellnhuber, widely known in Germany as the Climate Pope, is considered in Europe as the leading climate science authority and the architect of the Master Plan for transforming global society – dubbed The Great Transformation – which aims to make global society climate compatible by applying draconian, surrealistic measures. Moreover the plan calls for all of it to happen in just a matter of a couple of decades!

A number of critics have characterized the whole idea as detached from economic reality and dystopian.

Risks mounting “by the hour”

Schellnhuber is also the father of the “2°C climate target”, a warming he claims that the world must never exceed, lest it’ll tip hopelessly into a state of rapid, irreversible climatic collapse.

The SZ article reports how the outgoing Schellnhuber believes the planet is in fact approaching the climatic catastrophe at “a crazy speed” and that the risks “are mounting quasi by the hour”.

The alarmist Potsdam Institute professor has been known for a number of shrill comments made in the past, but in this most recent SZ article, Schellnhuber’s shrillness arguably reaches a whole new level that shoots beyond the realms of reason.

Now that Schellnhuber is stepping down as director of the Potsdam Institute after 25 years as its director, he reflects back, telling the SZ how he feels about the overall public “disinterest with regards to the consequences of climate change” that has taken hold globally.

In Schellnhuber’s view, world leaders are moving far too sluggishly to avert what he sees is a climatic disaster of epic geological proportions, and compares it to earlier calamities which the earth witnessed tens of millions of years ago.

The Potsdam director tells the SZ that the globe’s temperature today is rising at a rate of 5°C per century! – or “100 times faster than during the time of the Permian–Triassic extinction event” which occurred some 250 million years ago and is believed to have wiped out 90% of all land life on the planet at the time.

According to Rühle, Schellnhuber compares today’s climate change to the “largest mass extinctions in the history of the earth.”

Comparable to the Cretaceous–Paleogene extinction event!

If one mass extinction event was not enough to illustrate what in Schellnhuber’s mind is climatically in store for humanity, the former PIK director piles on with yet another geological catastrophe to describe the course on which he claims man has put the planet on. He tells the SZ:

What man is doing today is similar to the asteroid strike known as the Cretaceous–Paleogene extinction event.”

According to the SZ, Schellnhuber says, “We’ve shirked our responsibility much too long”.

He then compares the situation to a sinking ship that urgently demands top priority:

If we don’t get climate change under control, and if we can no longer keep the ship afloat, then we won’t need to think about distribution of income, racism and good taste any longer.”

Luckily Schellnhuber’s dire claims are very much in dispute and considered extreme outliers, but do provide much fodder to the media. If anything is certain, it is that Schellnhuber is definitely not leaving his post a minute too soon. His most recent claims are an embarrassment to science.