Recently I posted on the surprising and science-realistic German DLF national public radio report on how hurricanes are intensifying more quickly today than they did 30 years ago.

Findings by scientists from the US Department of Energy (DOE) and the Pacific Northwest National Laboratory show it all has to do natural oceanic cycles that change every 30 years. 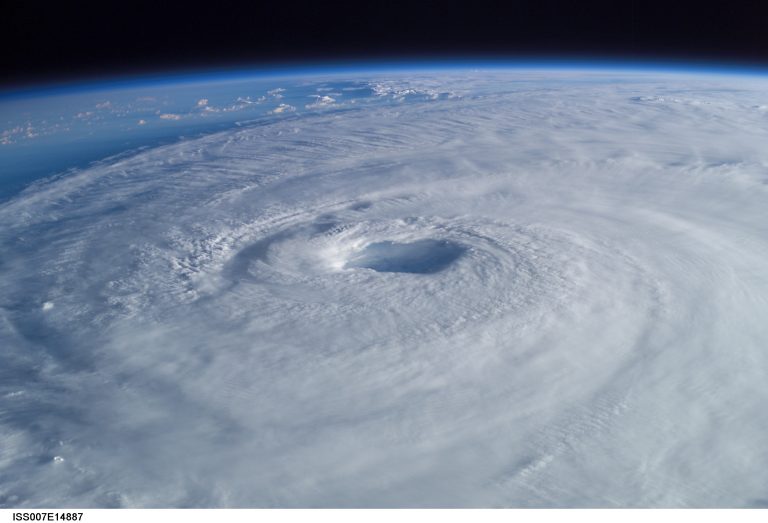 Cyclones of great importance for Japan

And now that NTZ is committed to putting some focus on climate news and developments coming from Japan, I naturally wondered how these new, sober findings were received by the media there. After all, Japan is a country that regularly gets hit by typhoons, and so the subject of tropical cyclones and their genesis and future trends ought to be of great public and civic interest. Moreover, better long-term forecasting is crucial and could save lives.

Yet, no real media reporting by Japanese media

So I asked Japanese blogger Kirye of KiryeNet climate blog to do a quick Google search of the Japanese sites for reports on these findings, which she kindly did. Regrettably I’ve got to report that her search did not find a single report from any major Japanese media outlet on these latest findings.

She informed: “There seems to be no link of those articles published in the Japanese version of Google this year.”

Why would the media in a typhoon-prone country like Japan not find the recent finding worthy of reporting? This is somewhat mind-boggling (unless of course the media’s aim there is to just keep its own people in the dark when it comes to climate facts).

Kirye also wrote that the Japanese media generally have remained steadfast in their promotion of climate alarmism, and that skeptics don’t get any coverage in Japan.

Not only do the recent DOE findings show that Atlantic hurricane intensification speed depends on natural ocean cycles, and thus these cycles need to be examined in the Pacific as well, but also the climate-science critical Japanese blogger mentioned other good news concerning cyclones earlier at her blog, namely the number of landings in Japan show no link at all to “global warming”.

The number of typhoons formed decreased and the number of landings in Japan has been flat since 1951:

And Kirye provided the following chart: 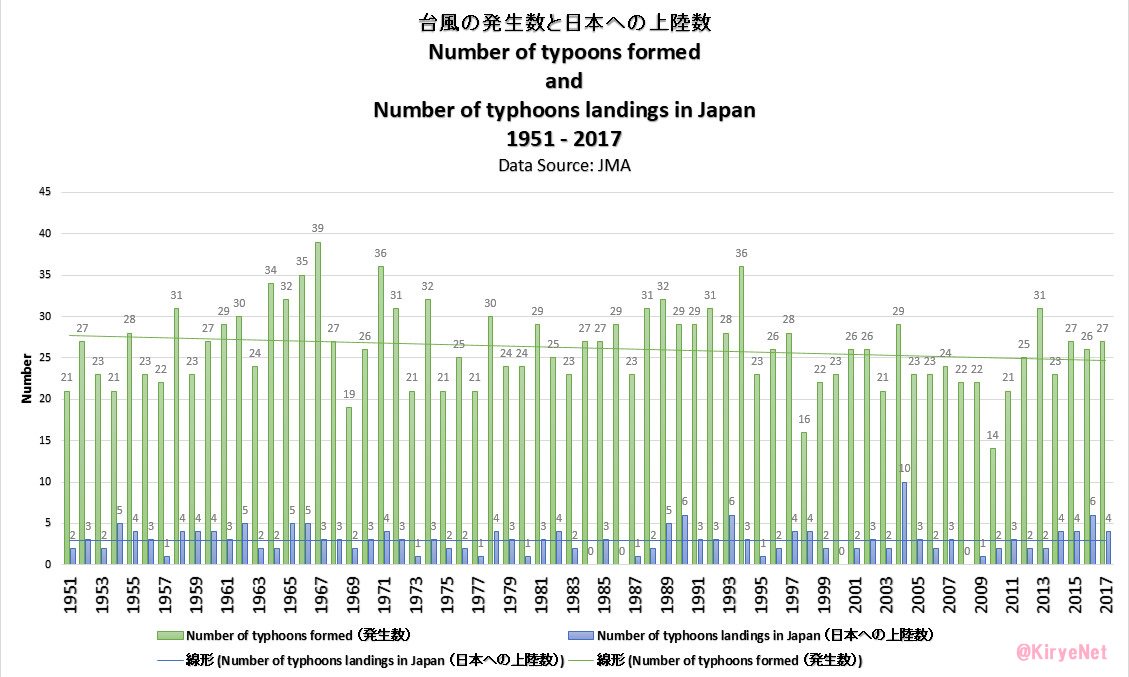 Here she is in fact being somewhat modest because as you will notice the reality is that trend for the number of typhoons forming has been clearly downward, and thus it defies all the earlier predictions of more storms made by the “climate experts”. Things were considerably worse back in the 1960s when the planet was cooler and atmospheric CO2 lower.

In summary it is puzzling that the Japanese media would so recklessly handle the critical topic of typhoons and mislead the public of Japan in the face of glaring facts.

It’s the sort of information management one would come to expect for Japan’s nearby foe, which the world is currently grappling with.

By having found a strong link between ocean cycles and tropical storm development, a very useful, longer-term forecasting tool emerges – if only it were acknowledged.