In a shocking display of contempt and hubris, NASA GISS director Gavin Schmidt and Potsdam Institute climate scientist Stefan Rahmstorf lashed out in response to questioning… and insist “leading climate scientists” don’t need policing by “policy folk” and that the questioning is “tiresome” and “silly”.

Two days ago, German green-energy proponent Dr. Oliver Geden commented at Twitter on an editorial by Katherine Hayhoe, asking: “Why would climate scientists want to talk about ‘solution’ they obviously aren’t experts on?” Geden then added that it shows the “pitfalls of solutionism”. 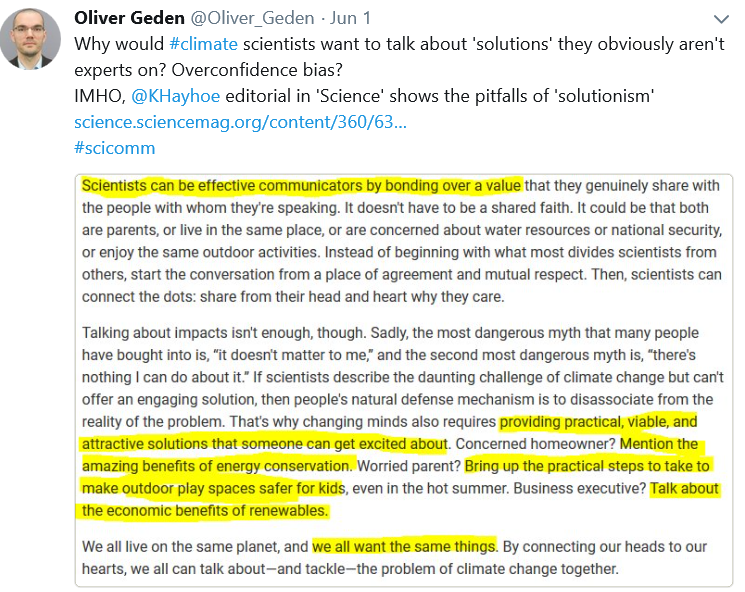 Geden, a proponent of green energies and a warmist, is the Head of Research Division at the Berlin-based think tank German Institute For International Security Affairs.

At Twitter Geden publicly wondered about the wisdom of allowing climate scientists to be the leaders in the redesign of our complex civil infrastructure – you know, a job that traditionally and wisely was left to licensed architects, master builders and professional engineers – and not academics in lab coats.

Above the rules…We don’t need no “policing” 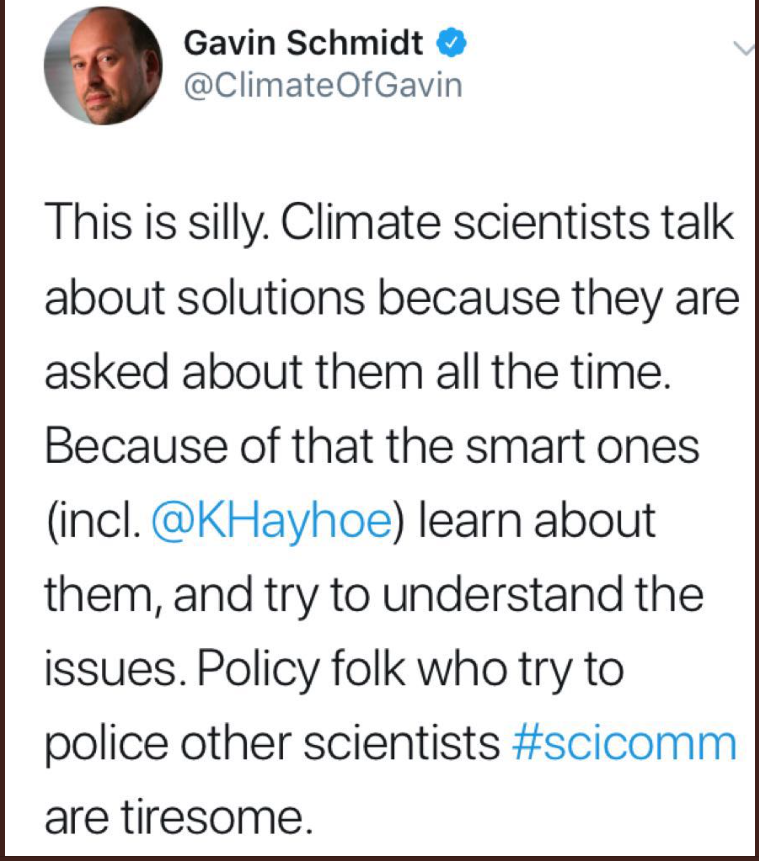 I’m blocked at Twitter by Gavin and his gang (even though I rarely even commented at their accounts), but an insider kindly provided their tweets.

According to Schmidt, getting policed by policy folk is “tiresome and silly” and he and his elitist academic high-flier colleagues shouldn’t have to put up with any of it.

Another real doozy of a reaction came from alarmist Potsdam Institute scientist, Stefan Rahmstorf. Most climate science skeptics are aware of how ugly Mr. Rahmstorf can get at times, and his most recent tweet totally lives up to that reputation: 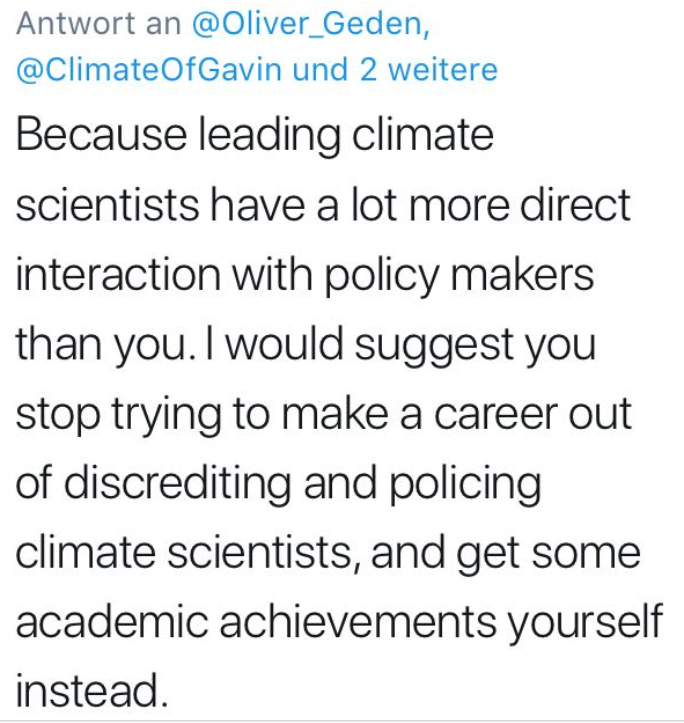 Firstly it needs to be noted that Dr. Geden’s achievements are in fact quite impressive. What Rahmstorf needs to understand is that the people with the most “academic achievements” are not always the ones who get to make policy. That is the job of policymakers.

Secondly, we really have to wonder if it is wise for our policymakers to let themselves be advised by persons who harbor such contempt for other viewpoints and open debate.

Thirdly, Rahmstorf also reiterates Gavin’s position that “leading climate scientists” don’t need any “policing”. They seem to think they are above all that.

Geden is right: Gavin Schmidt and Stefan Rahmstorf are not really the only kind of people we may want formulating public policy and the ones we want our elected policymakers to be exclusively listening to. The heart of policymaking is open debate. Schmidt and Rahmstorf obviously despise it and so appear to not even understand even the most rudimentary element of democracy.

For them it’s: Shut up and let us run things because we’re the smartest.

People like Mr. Geden are also very smart, and they do need to be listened to.

“The art of climate communication”

How did Geden react to Rahmstorf’s nastiness and hubris? He called it “the art of winning a dispute on #climate science communication.”

Gavin Schmidt and Prof. Rahmstorf owe Dr. Geden an apology in the least, and owe the public a bit more.

===================================
Dr. Oliver Geden is the Head of the Research Division at the Berlin-based German Institute For International Security Affairs, an Associate Fellow @InSIS; a lead author for IPCC_CH AR6; currently a visiting fellow at the Max Planck Institute for Meteorology & the CGG at the University of Hamburg.