Yesterday Japanese blogger Kirye prepared a chart (below) depicting Arctic sea ice volume since 2006, the year Al Gore’s Inconvenient Truth (AIT) was released, and just a year or two before a spate of ice-free-Arctic-by-2013 (or earlier) predictions were issued by a number of “experts”, which of course the fake news media lapped up. 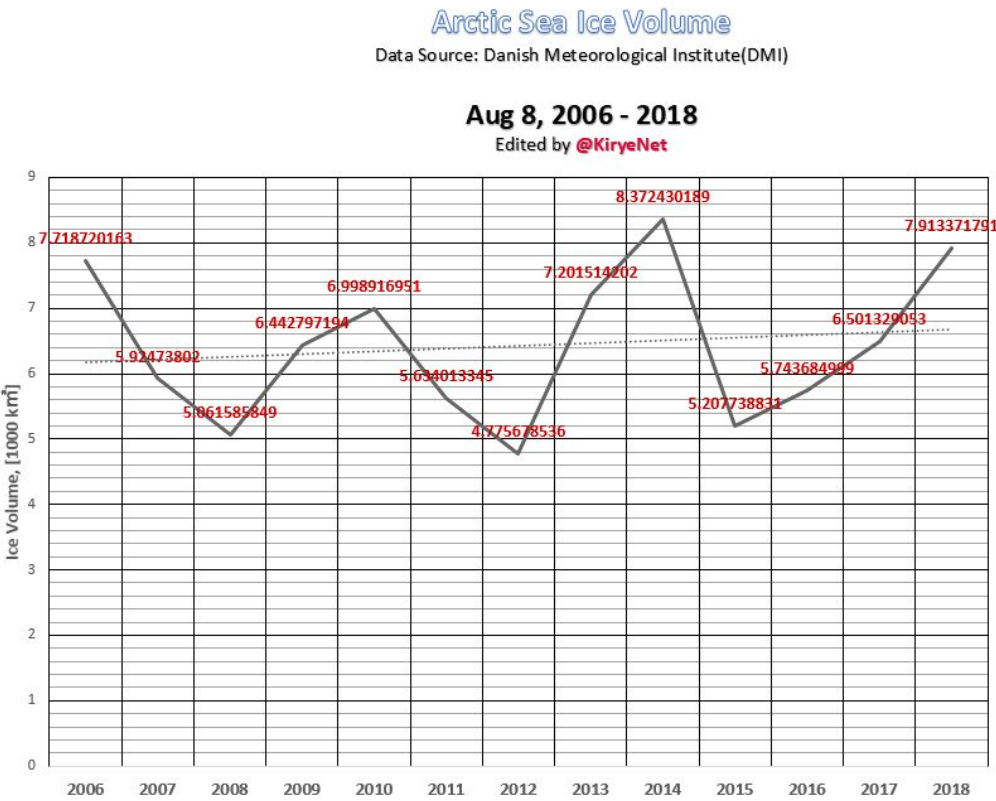 Arctic did the opposite of what the experts forecast

As Kirye’s chart above shows, Arctic sea ice volume in reality has since increased since all the doomsday predictions of 10 years ago. The very opposite of what was confidently predicted has in fact taken place.

Naturally the alarmists like using the sea ice extent chart that goes back to 1979, which shows a clear downward trend because 1979 was at a peak for Arctic sea ice. 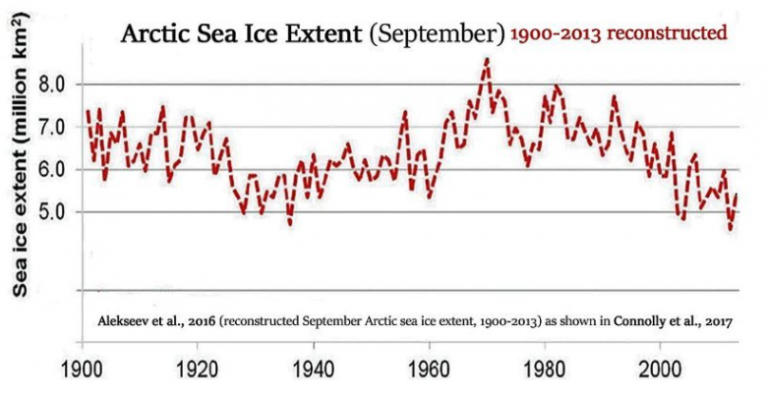 That Arctic sea ice has declined significantly since about 1970 is not the point here. The real story is all the bold predictions of an ice-free Arctic that were made at the time just after AIT was released, and how they all failed resoundingly.

To illustrate the point very clearly, I used Kirye’s plot and added those expert’s predictions so we can see how they all fare compared to reality: 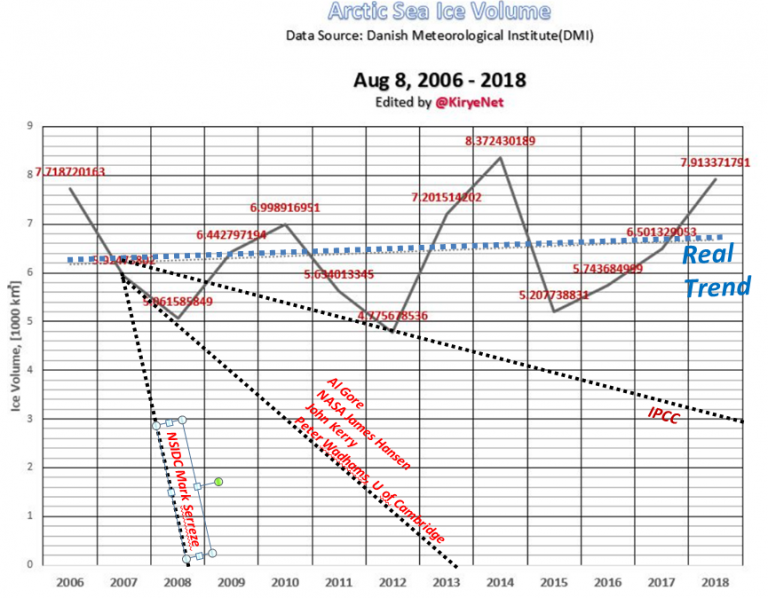 Total failure of the ten-year forecasts made by “experts”.

These “experts” couldn’t even get the forecast for the next 10 years correct. So how are we supposed to take them seriously with their “robust” climate forecasts for the next 20, 50 or 100 years?

The latest idiotic, charlatan quality prediction comes from hockey-stick maker and climate-alarm hustler Dr. Michael Mann, who recently said that Trump’s legacy, beginning in 2024, will be “a charred planet”.

Glaring failure needs to be followed by swift firings

In private industries, where forecasts really count, persons with such a track record of undisputed glaring failure would have been given the boot long ago, and in many cases even sued for outright fraud.

The death spirals and ice-free Arctic predicted for 2013 to 2018 never came to pass. And by ice-free, they implied this would be the case in the later summer year after year.

It’s time for NASA and other climate institutes to clean house and re-staff with serious, competent scientists. As a taxpayer I’m fed up with all the garbage, nonsense and local climate ambulance chasing they’ve been giving us year after year. We the people have the right to get something of value for our money.

And it’s high time we start thinking about suing for fraud.