Professor Schellnhuber is so worried about man’s destruction of the climate through human CO2 emissions and the “fossil fuel metabolism” of our society that he’s written a number of books on the subject, warning we’re on the verge of burning ourselves to death.

Not surprisingly these vivid books have been very popular among end-of-world conspiracists and climate Armageddon believers. His latest: Selbstverbrennung (Self Immolation). 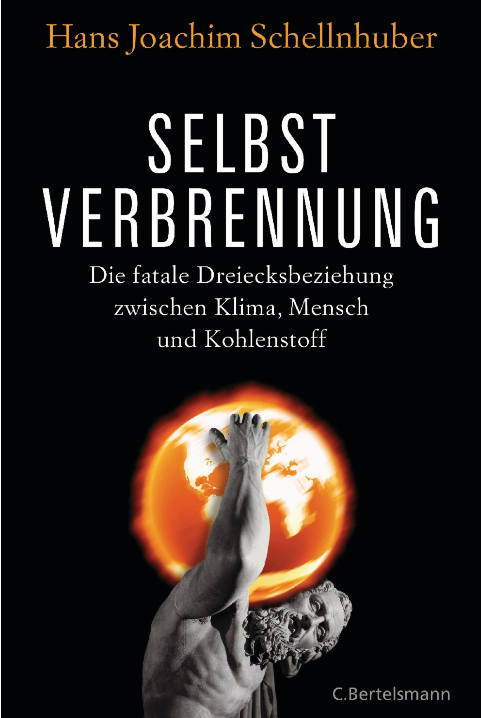 A short summary of his book explains how Schellnhuber warns that if “our civilization does not move to the often-mentioned two-degree limit, but much more dramatically to a warming of 3 to 4 degrees Celsius by the end of the century, the continued burning of fossil fuels threatens to lead to collective suicide.”

Himalayan glaciers on the verge of disappearing

The doomsday professor, known in Germany as the “Climate Pope” and whose every word is taken by most of the German mainstream media as infallible, once said that the ideal population for the planet is a billion people (meaning soon there will be 7 billion too many) and the Himalayan glaciers would be gone by 2030.

So with Schellnhuber’s level of conviction, certainty and urgency, it would only seem logical that the Bavarian-born professor would himself be setting an example for the rest of us on how to live responsibly with CO2 and forego fossil fuels.

Unfortunately, like a Catholic Pope and Cardinals who allow themselves lavish life styles while preaching others not to do the same, Schellnhuber allows himself exorbitant CO2 and fossil fuel privileges. Do as I say, not as I do.

According to Science Skeptical, Schellnhuber was interviewed in 2005 by Tagesspiegel. In the interview he confessed he was not doing his part in “protecting the climate”. When asked if he had ever calculated his own contribution to climate change, Schellnhuber responded:

Yes, it is quite high because I myself certainly fly 100 times a year.”

And when asked what car he drives:

A BMW from the new 1 series. It consumes 6 liters diesel [per 100 km], but that’s only half as much as my previous car.”

Science Skeptical then did a rough calculation of Schellnhuber’s CO2 output using the CO2 calculator provided by the German Ministry of Environment. The result, assuming normal consumer behavior, but flying 100 times a year, each flight on average 2 hours long: 50 tonnes of CO2 each year!

The average German emits only about 10 tonnes annually.

Skeptical Science next wonders how much CO2 the climate-doomsday-preaching Potsdam Institute with its 4.5 million euro super-computer, and all it’s jet-setting climate-rescuing scientists, emit into the atmosphere. Not a pretty picture. They all happily rely on the conveniences provided by the very fuels they profess to detest.

In terms of CO2, the employees at the PIK thus consume a multiple times what the average German worker does. But German workers, you see, really don’t do necessary worthwhile work, and so are producing CO2 needlessly. PIK workers, on the other hand, are rescuing the planet, and so their CO2 emissions are really necessary.

Posted in Activism, Alarmism, Hockey Team, Lifestyles of the Rich and Alarmist | 24 Responses