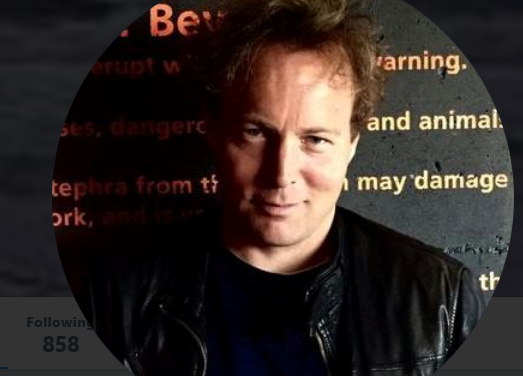 The title of his commentary: “Overheated – Forest Fires, Drought, Heat – Has The Climate Catastrophe Already Arrived? Time For A Cool Examination.”

Media “part of the problem”

Over the past couple of weeks, alarmists and media from the usual suspect institutes have been stopping at nothing to blame this year’s dry northern European summer on man-made climate change, and have renewed (from within their air-conditioned offices) calls for people to finally accept making the huge sacrifices needed to keep the climate system from “tipping” into irreversible catastrophe.

The Spiegel journalist comments on another shrill column, by Georg Diez, published a week earlier also by Spiegel. Diez echoed the doom and gloom presented to us in Losing Earth: The Decade We Almost Stopped Climate Change by Nathaniel Rich of the New York Times magazine.

According to Diez, it is now clear “what it means to live in a time of catastrophe”.

Here Bojanowski notes “it turns out that many reports are part of the problem.”

Global warming not known and “supported” until the 1990s

Firstly, Bojanowski calls the claim that we knew about global warming already back in the 1970s false, and that it was in reality first an idea that only came up in the 1980s and did not get scientifically supported until the 1990s. He then adds that “considerable uncertainties remain, that still have not been cleared away even until today.”

Bojanowski also describes how James Hansen jumped the gun in 1988, and how his methods “damaged the trust in climate science even until today.” Another problem at the time was the media running with the most spectacular doomsday scenarios with the aim of capturing public attention.

According to Bojanowski, although Hansens’s dramatic claims did thrust him into the pioneer role, they also contributed “to the division of society in the climate debate, which has made it more difficult to produce political solutions even today.”

He also points out that the media and alarmists continue to ignore the IPCC’s own findings on a number of fronts, such droughts, where he reports that drought scenarios as a consequence of climate change “are subject to considerable uncertainty, according to the UN climate report.”

‘Very sharp decline’ in the fires since 2001

The free-thinking Spiegel journalist also mentions how we seldom hear why fires worldwide have been on the decline over the past decades: “Since 2001, researchers have even noticed a ‘very sharp decline’ in the fires.”

Bojanowski calls the media’s hope that exaggerations will motivate people to support climate change “a fallacy”. The more climate scientists hype up the science, the more people will turn away from the topic, he writes, citing sociologists.

Bojanowski’s assessment: “The debate is in a dilemma: only those who push themselves forward with hysteria, get attention.”

Finally the Spiegel journalist also expressed his surprise over how a recent shrill paper that announced the possibility a hot period was starting needed only 17 days to get published. Bojanowski noted that the paper “did not present any new findings” and that “it was about known speculations over so-called climate tipping points.”

Without surprise, Bojanowski’s commentary was greeted by a less than friendly German reaction. He tweeted here of having been accused of “damaging climate protection”. Climate science dissent in Germany is not to be tolerated. Exercising dissent, or even just keeping a cool head, can make you an enemy of the cause.