90% Of Japan’s Rural Stations Show Cooling Or No Trend Over Past 2 Decades! 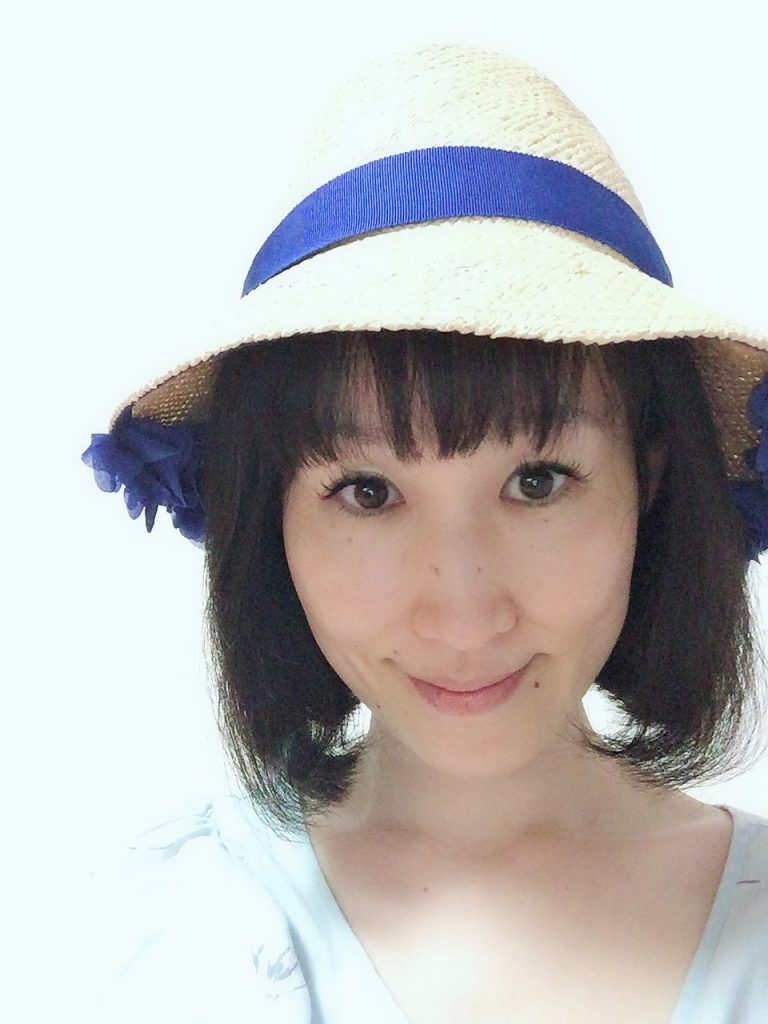 An analysis of the rural-sited Japanese weather stations used by the Japanese Meteorological Agency (JMA) shows there’s been no warming at all over the the past 2 decades or more.

Strangely many of these stations, which are practically unimpacted by data-corruptive urban sprawl, are no longer used by NASA.

For example, NASA quit using the rural Fukaura station back in 1990. Up to that point Fukaura was cooling notably. What follows is the NASA chart for Fukaura: 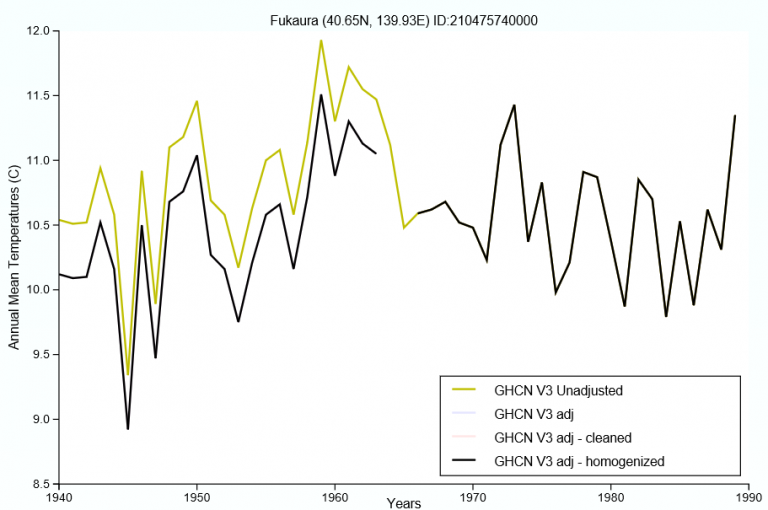 The same, for example, is true for Nikko.

What follows below is a list of the rural stations I examined, which have a Brightness Index (BI) of 10 or less. The far right column shows the period they were used by NASA. 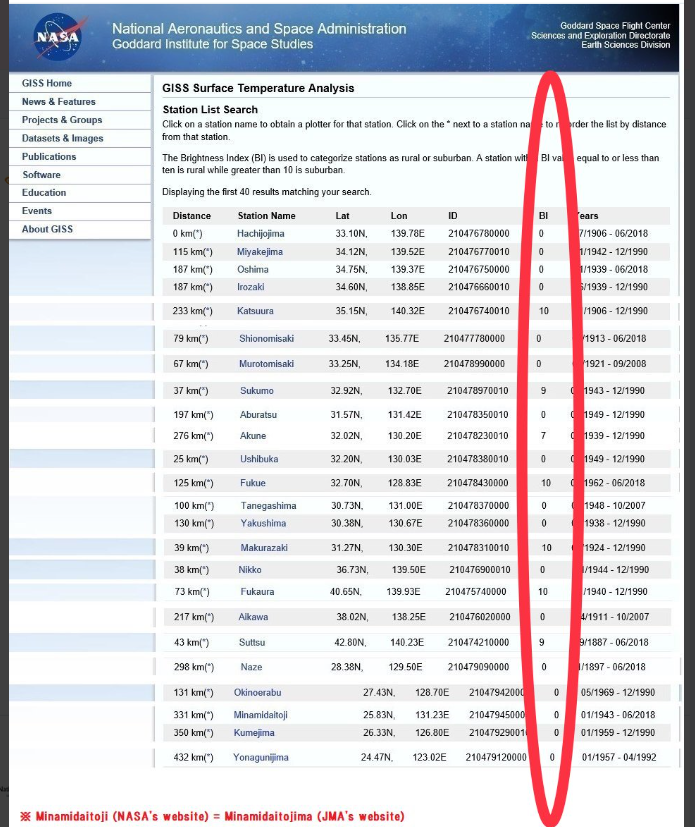 My earlier enquiries about stations sent to NASA via the Internet went without any answer. Perhaps they don’t reply to foreign requests. I don’t know.

The next chart below is the geographical plot of these rural sited stations. As you see they are all well scattered across the country: 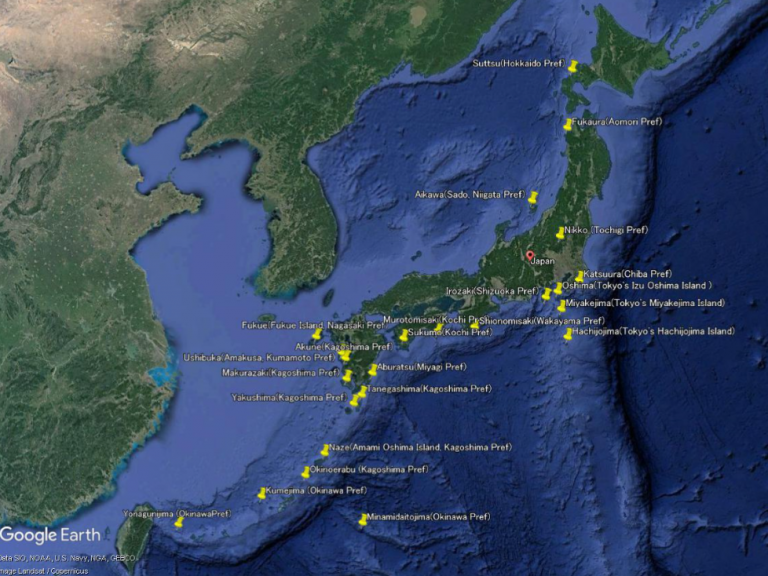 What follows below are temperature charts for each station, using the data from the JMA, arranged in more or less alphabetical order. On some charts I plotted more than one station.

Over 90% of rural stations show cooling or no trend

Of the 24 stations plotted, 22 show no change or some modest cooling over the past two or more decades – that’s more than 90%. Only two stations show some warming, but only a very modest amount. 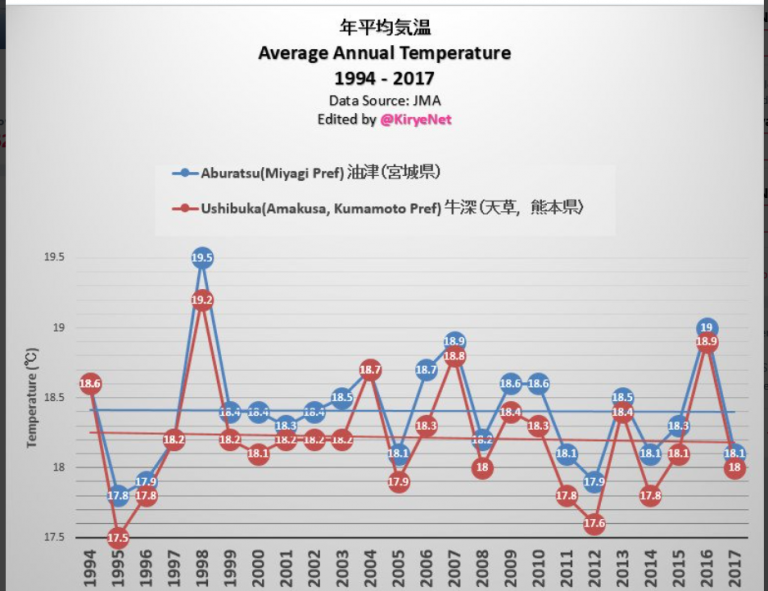 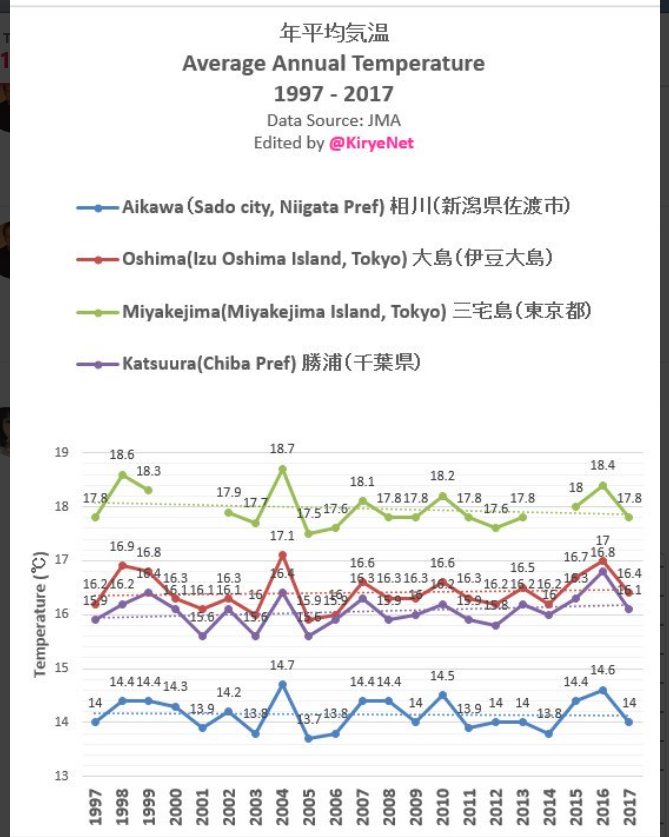 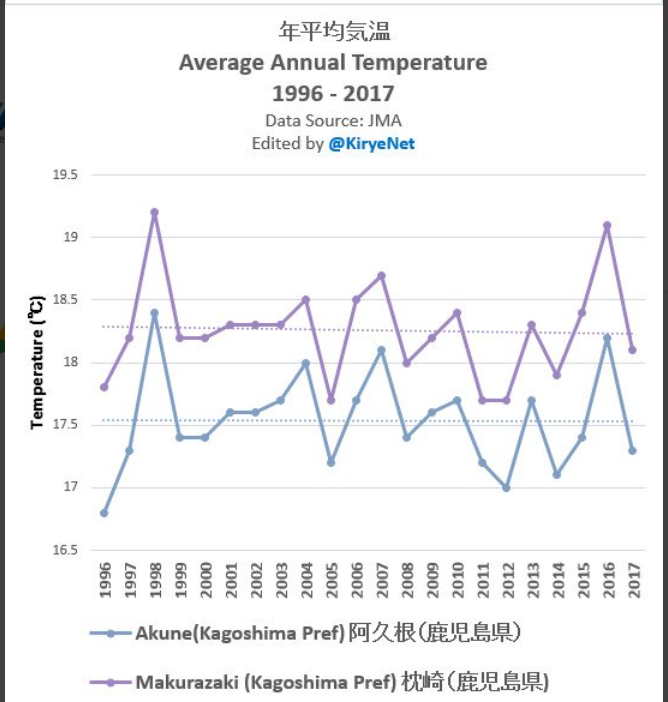 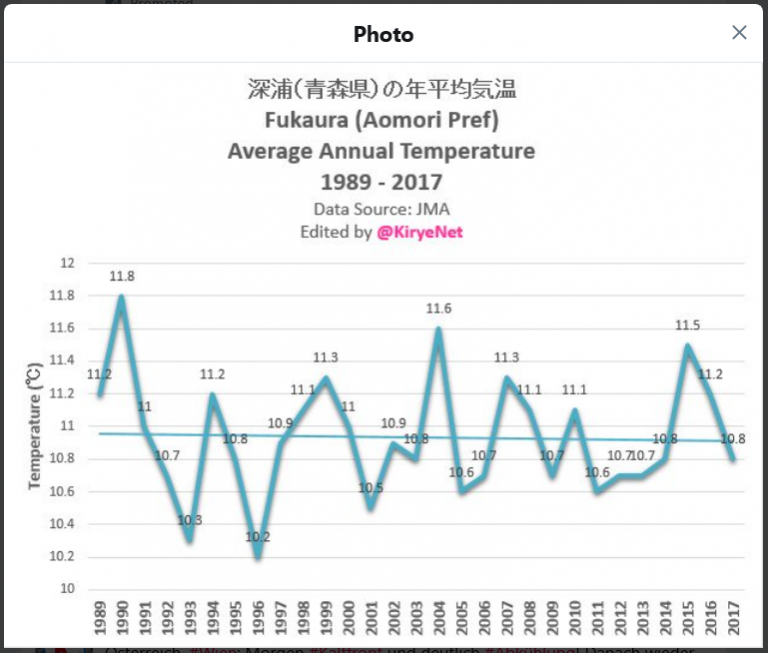 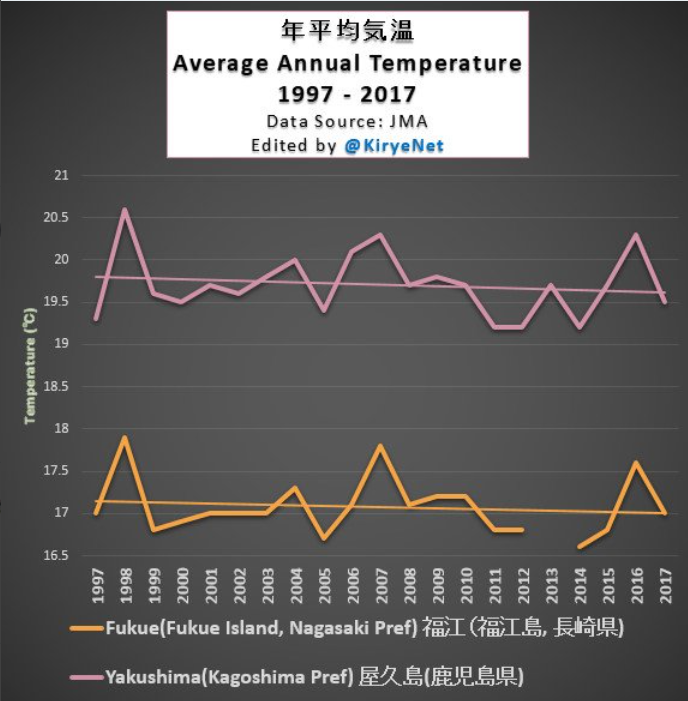 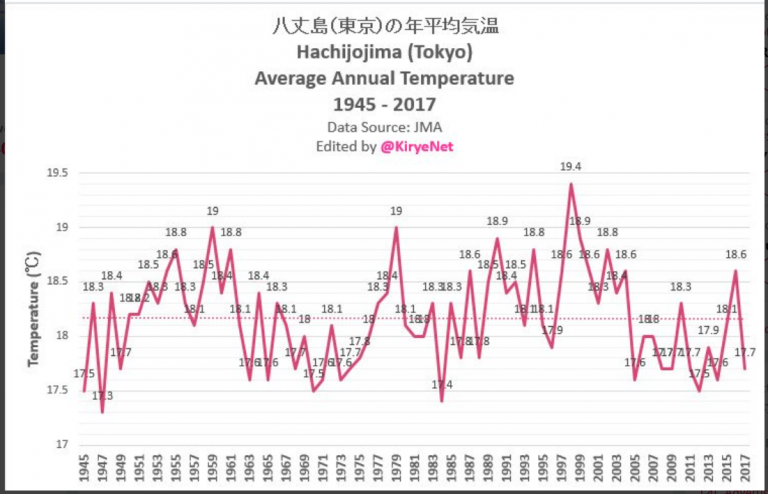 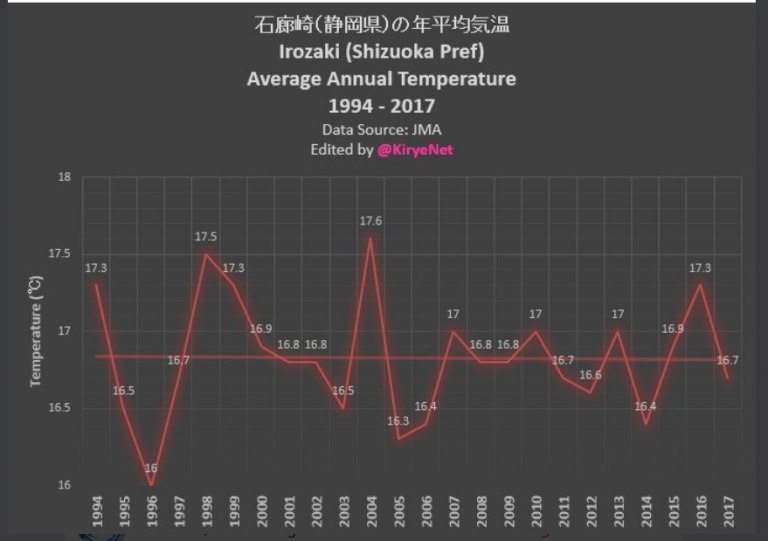 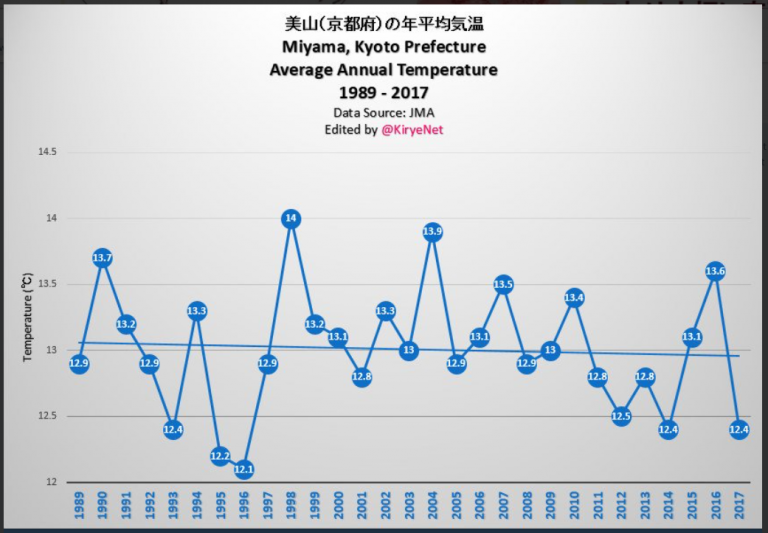 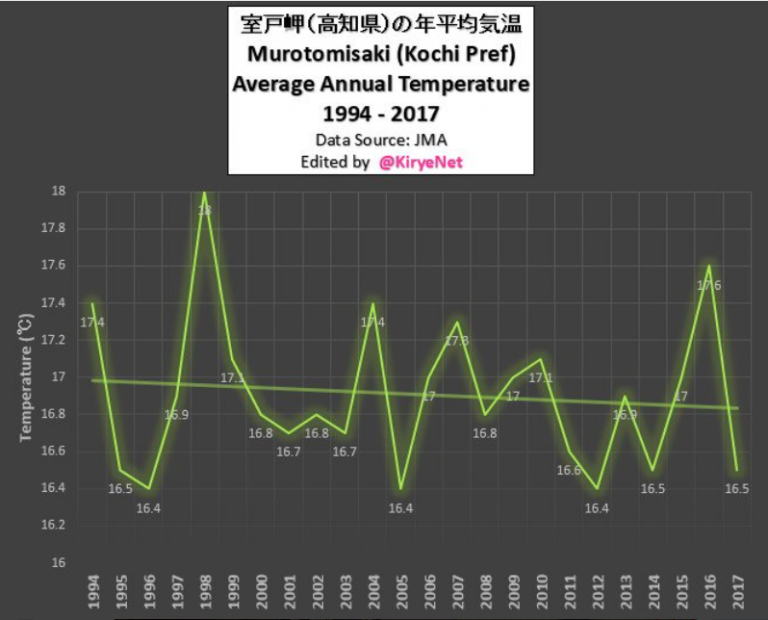 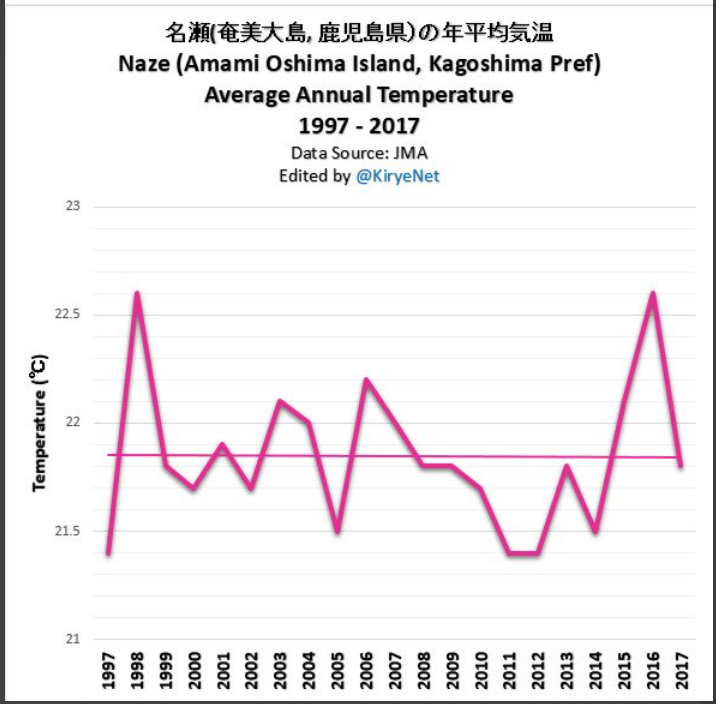 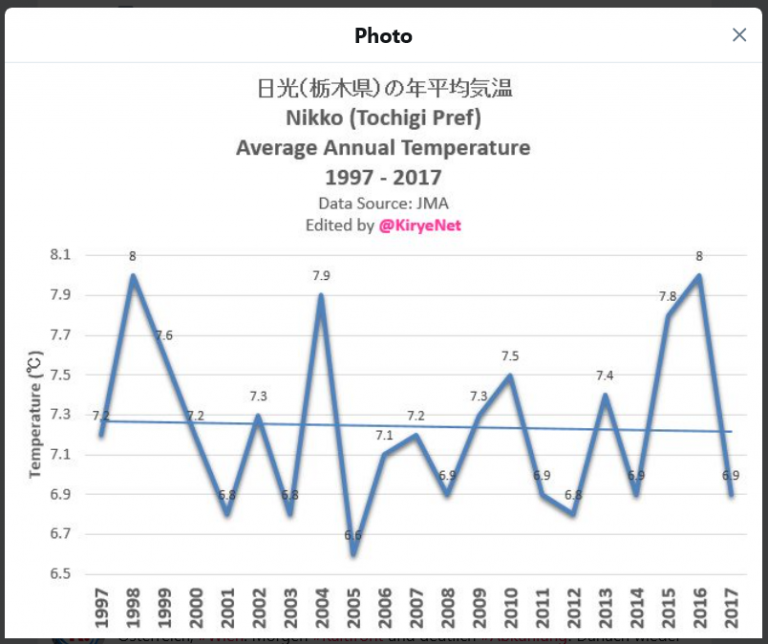 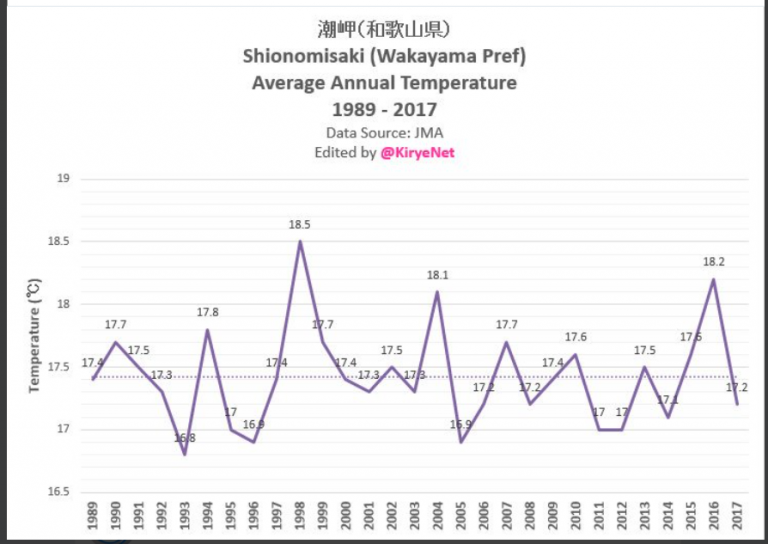 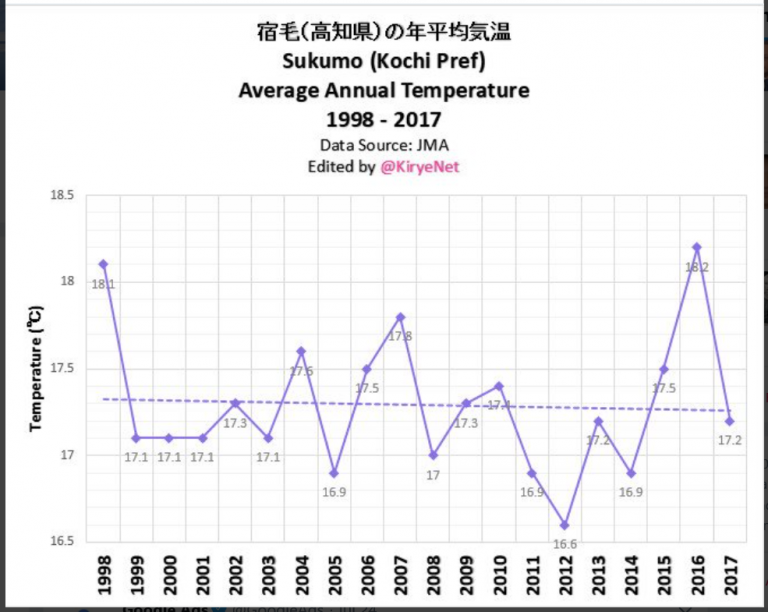 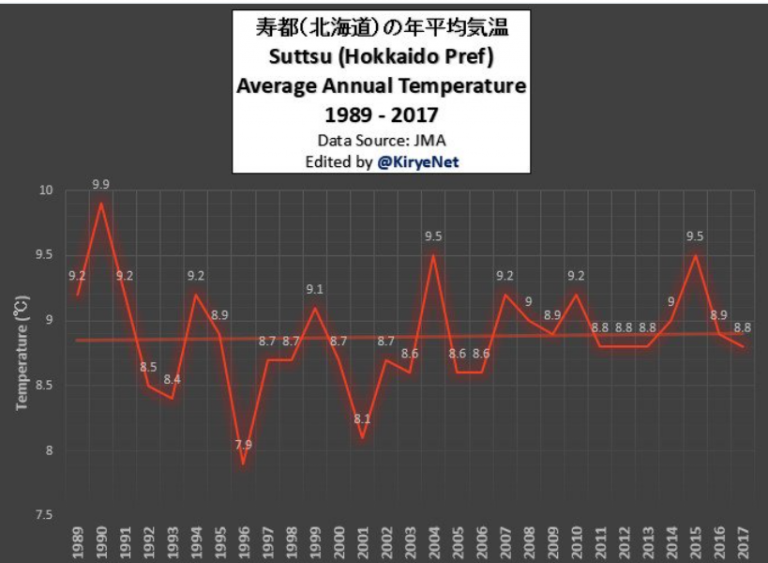 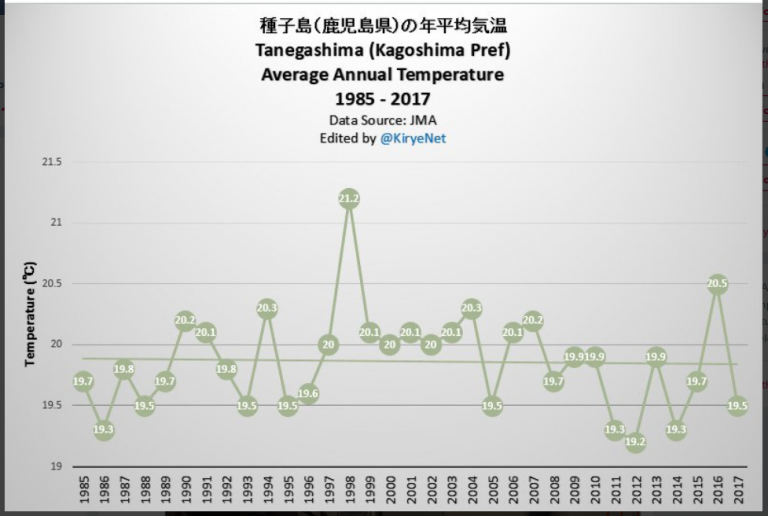 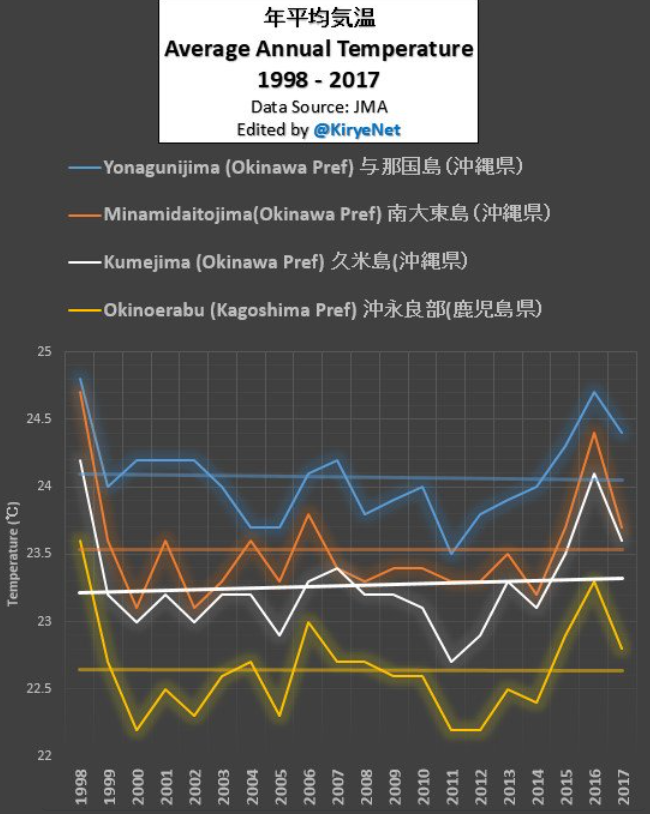 Japan shows no warming over past 2 decades

What follows next is the chart for all of Japan for the last 20 years, using data from the JMA:

As the chart above shows, using JMA data, the whole country of Japan shows no warming over the past two decades.

Tony Heller at Real Science here shows the environment that many Japanese weather stations – like the ones NASA use – find themselves having to deal with. 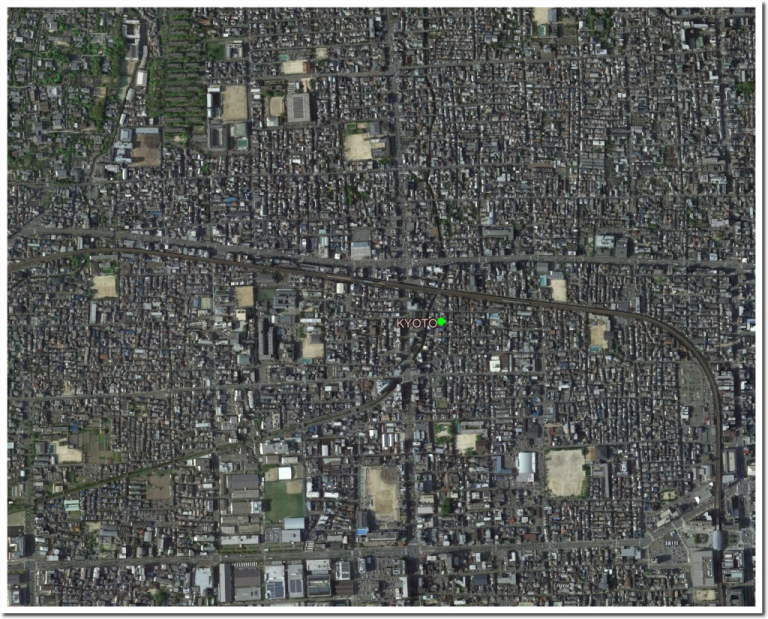 56 responses to “9056 Of Japan’s Rural Stations Show Cooling Or No Trend Over Past 2 Decades!”