Aerial photos show that the 15 temperature observation stations the JMA is using to determine mean temperature anomalies are likely impacted far more by urbanization than the agency claims.

According to the Japanese Meteorological Agency (JMA) here, as of 2018, 15 observation stations are used to gather data to calculate surface temperature anomalies. 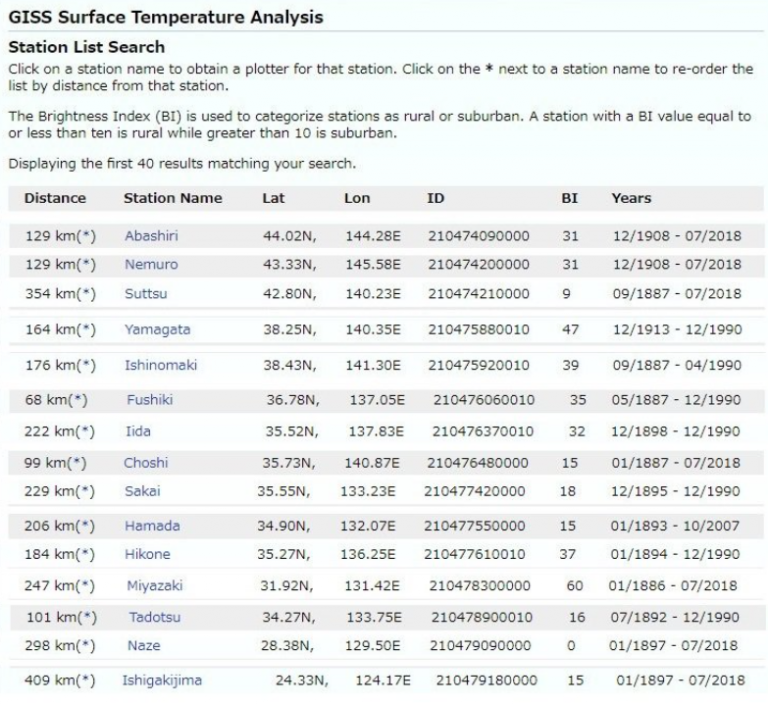 NASA is using only 7 of these stations (marked). Many of these 15 stations used by the JMA have a high BI value, meaning they are heavily impacted by urbanization.

An earlier document issued by the JMA stated that the agency had used 17 stations, see Table 1.2.3. Today they are using 15.

The JMA says the criteria for selecting the 15 weather observation sites are: they have a long observation period and the influence of urbanization is “relatively small” and “not biased by a particular region”.

What follows is a location plot of the 15 JMA observation stations scattered across Japan: 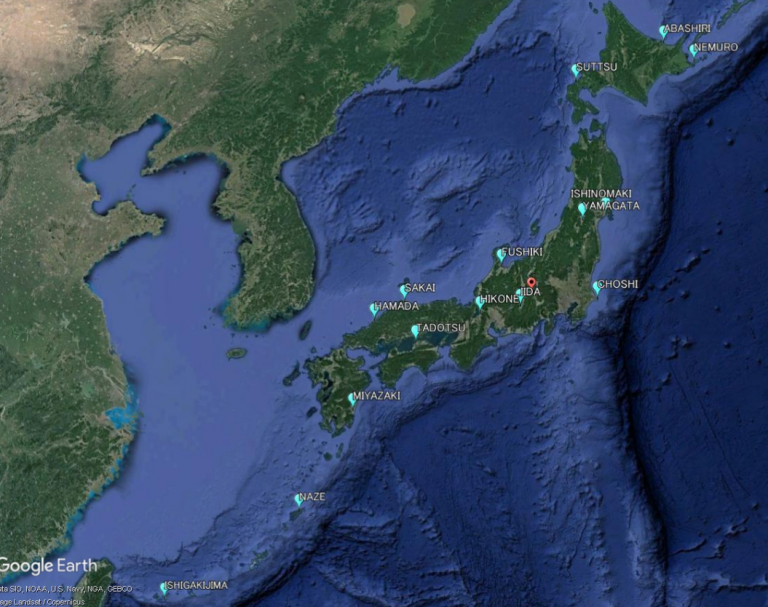 How “relatively small” is the urbanization really?

To find out more about the siting quality of the stations, Kirye used Google Earth to locate the stations.

What follows are Google Earth photos of their location. You will see that the JMA’s description “relative small” influence of urbanization is quite an understatement.

Many stations are in fact dubiously surrounded by massively heat-absorbing structures. Keep in mind the pinpoint location shown could be off by some meters. 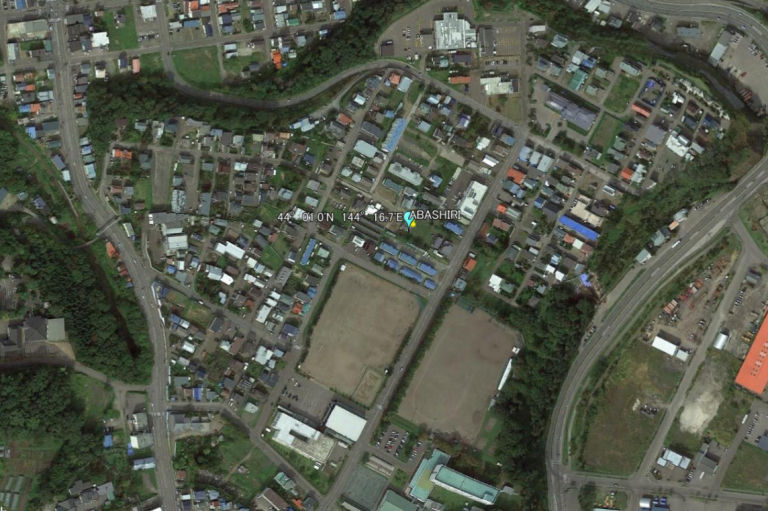 Abashiri is in the middle of buildings and streets. 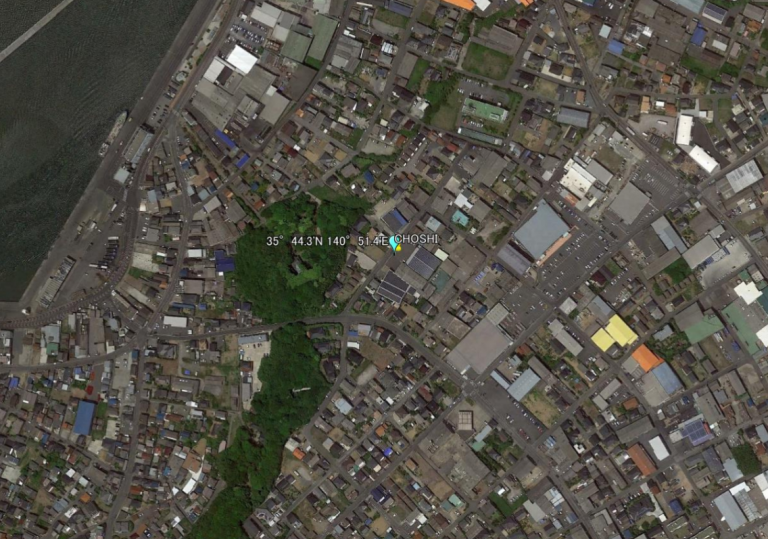 Choshi is also found in a densely built up area, which would tend to really heat up in the summer. 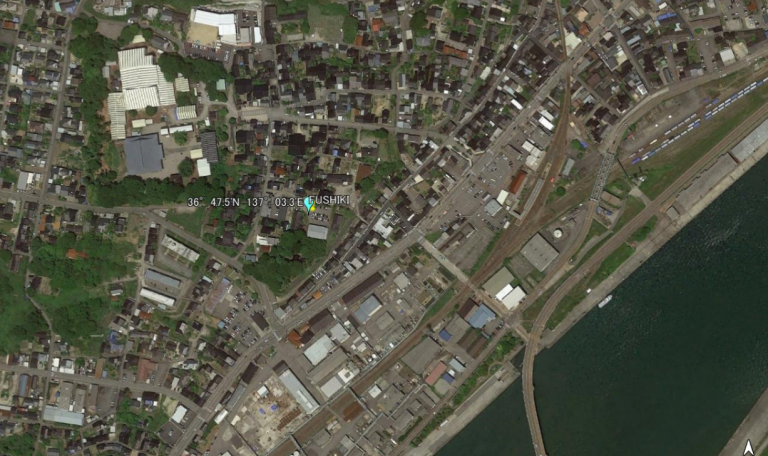 Fushiki observation station is somewhat better sited, with more green vegetation in the area, yet much temperature distorting paved surfaces are nearby. 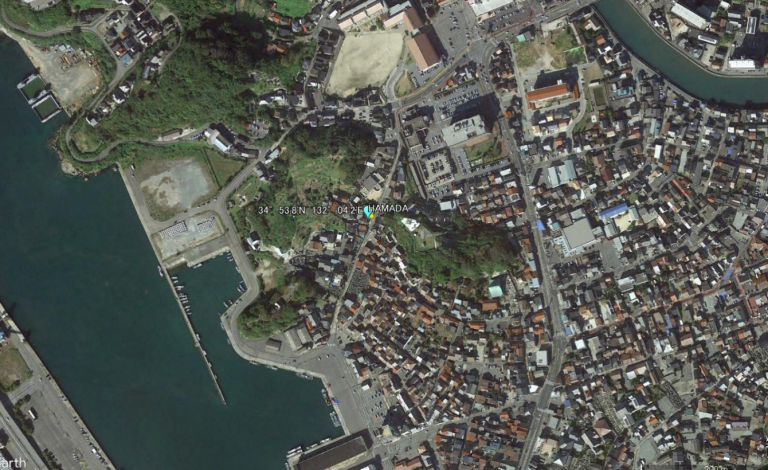 Hamada station is also becoming increasingly choked off by urbanization. 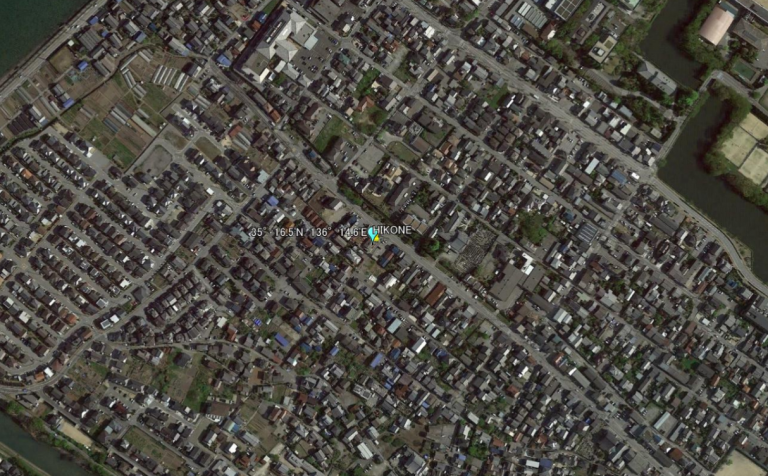 Hikone is right in the middle asphalt and buildings. We can only wonder how much all the air conditioners around are heating up temperature readings in the summertime? This is urban warming, and not global warming! 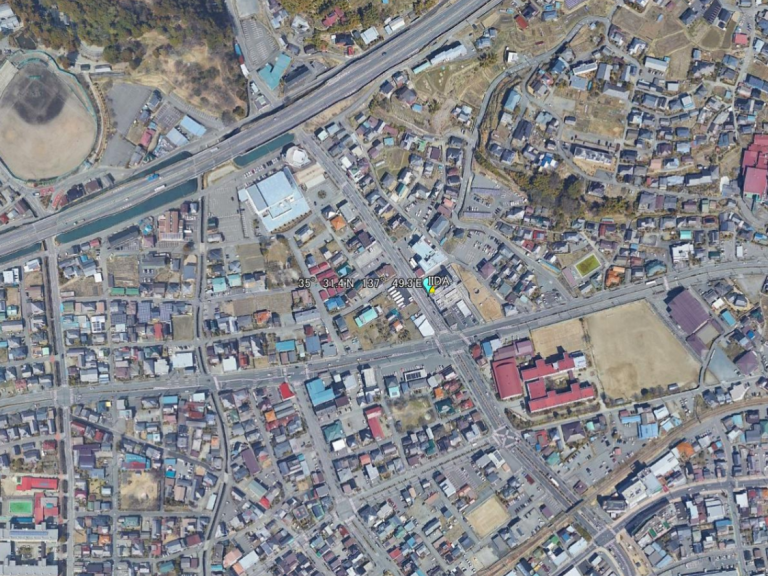 Iida station. Wow! Hardly any green vegetation in sight, so the area must really heat up in the summertime sun, and keep things warm late into the evenings. 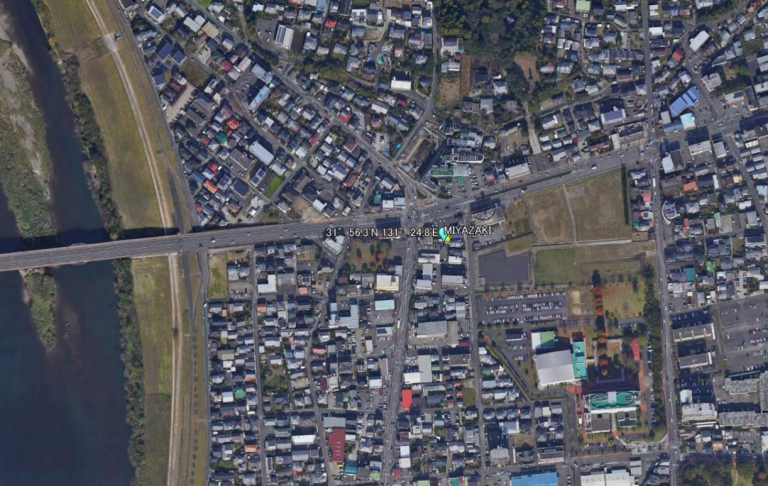 Miyazaki station. Japan loves concrete and asphalt. So little room for vegetation. Expect the green fields to go in the years ahead. 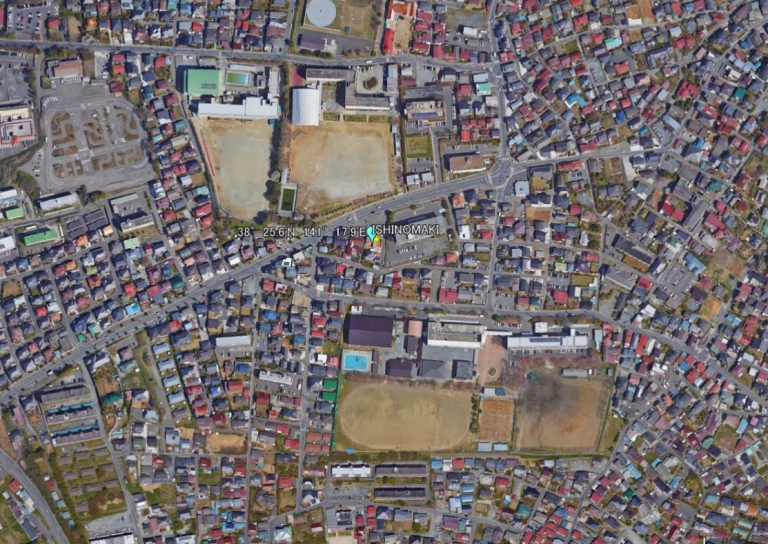 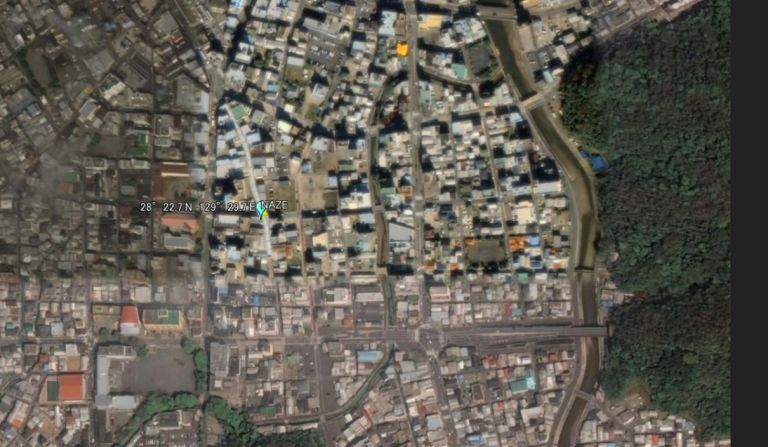 Naze. NASA assigns it a BI of 0, meaning as rural as could be. Maybe the reason for this is because Naze is on an island in the middle of the ocean. But here we see the station is in the middle of a city. 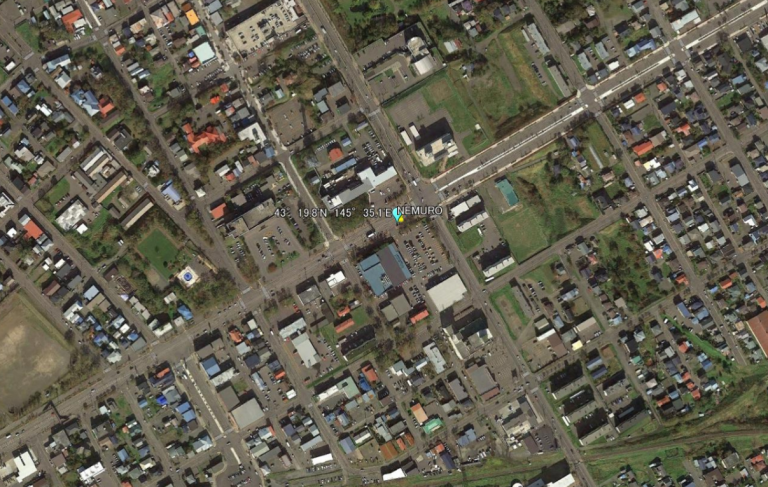 Nemuro station is also surrounded by buildings, concrete, steel and asphalt. Perhaps the Google Earth marker is not so exact and so the station is in the field to the right. Still, lots buildings and hot asphalt around. 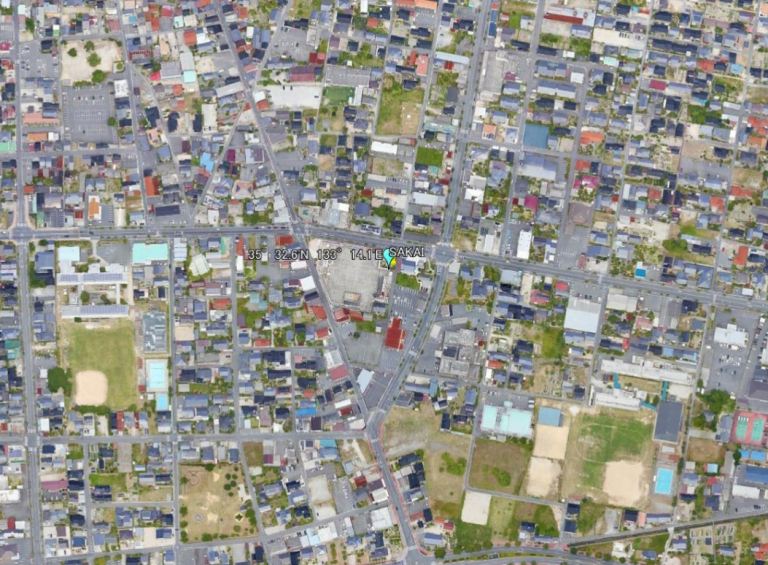 Sakai station has some green areas around it, but still great urban influences at work. 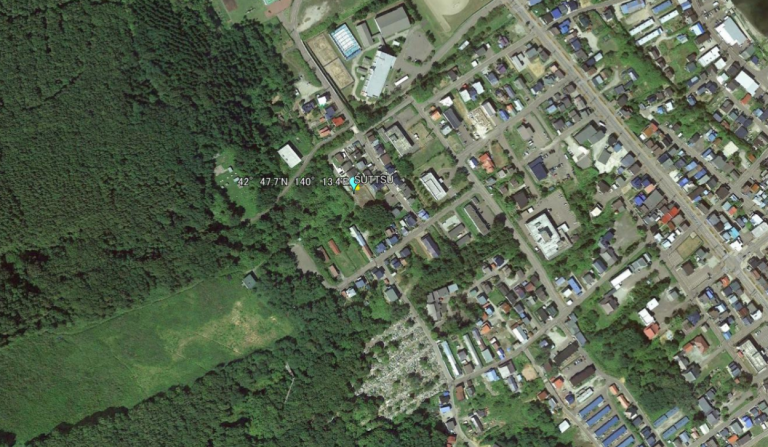 Suttsu, only the second station considered by NASA to be “rural” is so only on one side! If the wind blows from the forest to the west, then the readings will be more accurate. 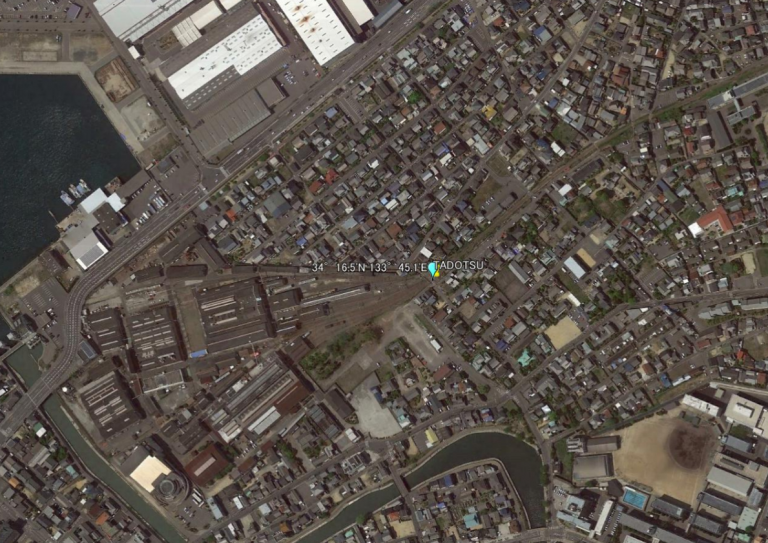 Tadotsu is a terribly sited stations, due to obvious reasons. The whole place is a giant heat sink! 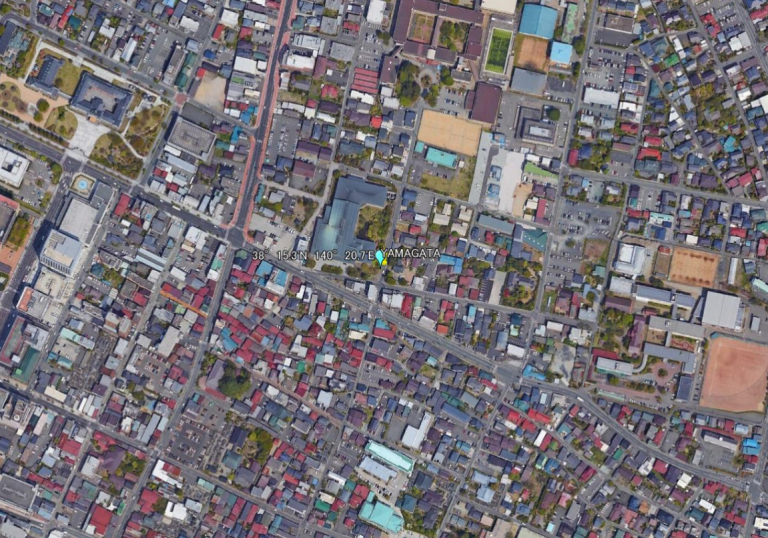 Yamagata, the last of the 15 stations JMA uses, is also completely surrounded by heat absorbing asphalt, concrete, steel and buildings.

What can we conclude?

Little wonder that global temps shot up just after 1990 when NASA stopped using so many stations worldwide, and seemed to focus more on those sited in urban environments.

Arguably the JMA’s claim of a “relatively small” influence from urbanization is an understatement of multiple degrees.