With the blaring headlines we saw in the wake of tropical storm Harvey over Houston last year and Florence over the Carolinas last month, the CO2 hysteria saw another severe flare up.

However, a scientific study recently published in the Journal of Hydrology analyzed North Atlantic tropical cyclones (TCs) and their contribution to flooding and rainfall across the US. Hat-tip: a reader.

No statistically significant trends in magnitude or frequency.

What follows is the paper’s abstract and main take-away points: 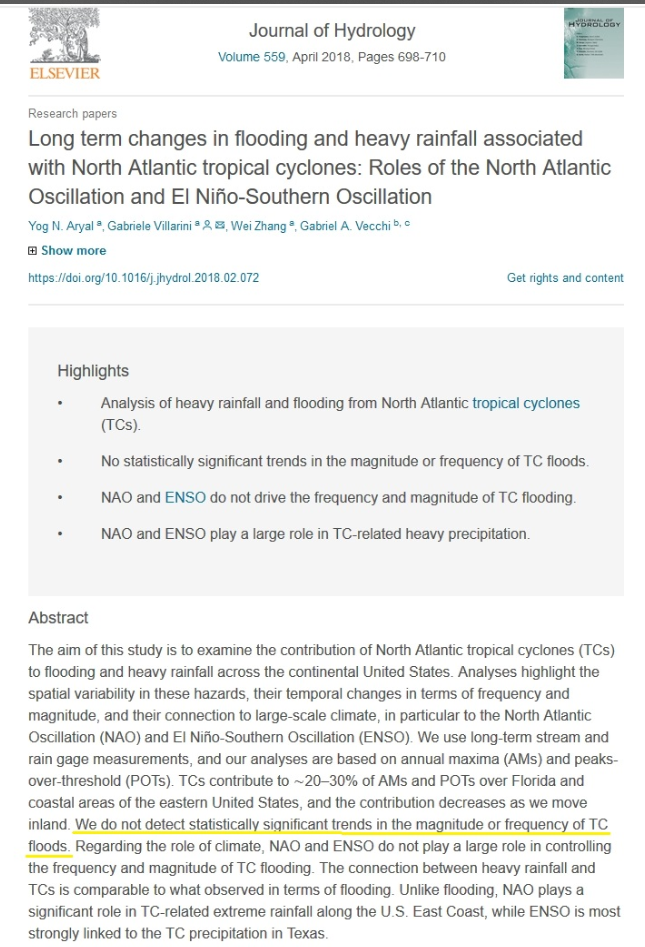 But like most claims regarding global warming, the real effect is small, probably temporary, and most likely due to natural weather patterns. Any changes in hurricanes over 70 years, even if real, can easily be part of natural cycles — or incomplete data. Coastal lake sediments along the Gulf of Mexico shoreline from 1,000 to 2,000 years ago suggest more frequent and intense hurricanes than occur today. Why? No one knows.”

6 responses to “CO2 Connection Demolished… New Findings: “No Statistically Significant Trends In US Flooding And Rainfall From Tropical Storms!”