At his Weatherbell Saturday Summary here, veteran meteorologist Joe Bastardi takes a hard look at the US CFSV2 October-2018 forecast and compares it to what really happened.

For energy dealers and those in the agriculture business, for example, the forecast was not worth the paper it was printed on.

Issued two months ago, the October 2018 forecast projected a colder than normal Arctic and the remainder of the globe to be at normal or above normal temperatures: 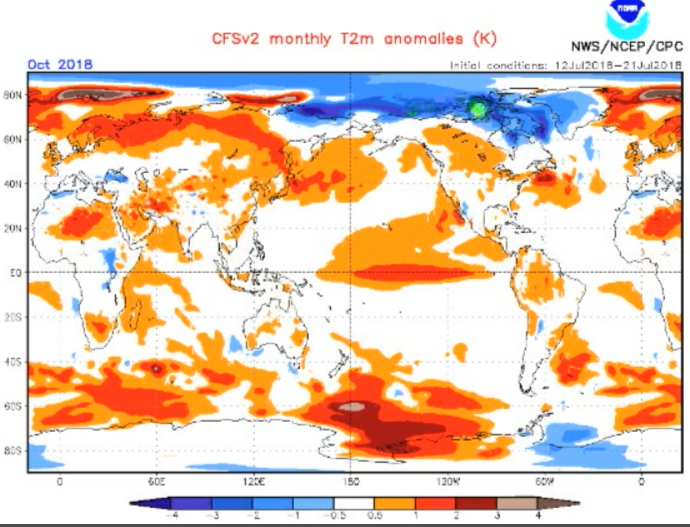 Bastardi says the US model seems to be having a hard time finding cold. The next chart, two months later, show what really in fact happened in October: 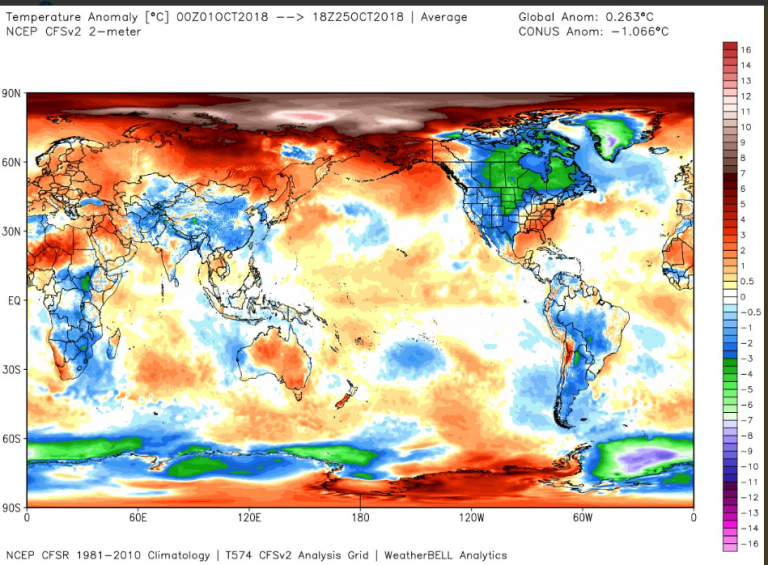 Overall, Bastardi tweeted that the CFSV2 forecast was “a horrible bust”.

Between the poles, the globe ended up seeing plenty of cold regions.

Moreover, the ace meteorologist points out that Greenland looks to be the coldest October in almost a quarter century. For example, Kirye here tweeted recently that the temperature in Greenland plummeted to -62°F!

Today, October 27, snow has been recorded over parts of England and Northern Ireland. Also see here, here and here. The forecasts show that snow is likely over much of Central Europe.

Backpedaling away from warm

The veteran meteorologist also thinks NCEP’s December-February winter forecast is on really thin ice, as it predicts a warm winter for much of North America (2:42 mark). Later Joe shows that NCEP is now backing off their forecast.