The following chart shows the performance of wind energy for 15 European countries (shaded dark blue) and that of Germany (light blue) for the period May, 2018: 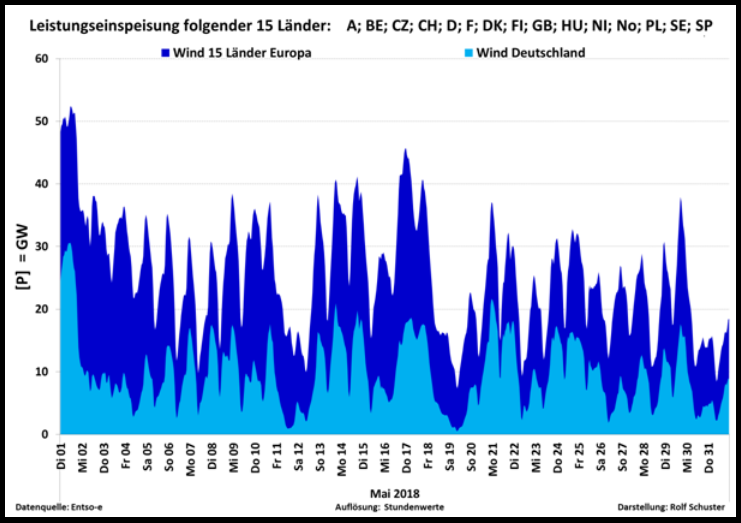 Vernunftkraft writes that with wind energy in Europe, “power generation collapses within minutes.”

Yet wind proponents and lobbyists like to counter by telling us that the problem will be manageable by simply adding more capacity, some storage and using a smart grid.

But as the following chart shows, Germany has in fact doubled its installed capacity over the past 8 years, but this has done nothing regarding grid stability, and has only made things worse: 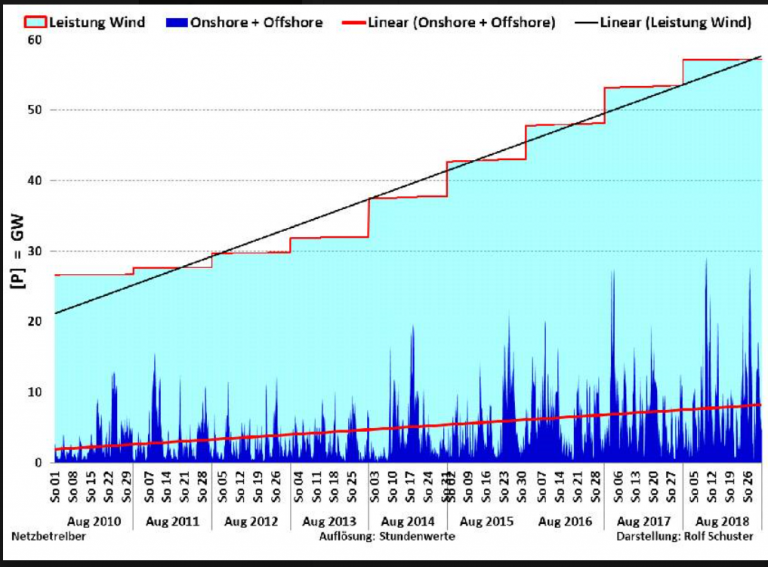 Note that the peaks are far greater and that the instability has become far more extreme. Yet, this is not stopping green energy activists and lobbyists from calling for doubling, tripling or even quadrupling the country’s installed wind capacity.

The steep increase in installed wind turbine power only leads to a small increase in electrical output, i.e. only a slight increase in power generation. This phenomenon is physical as wind turbines feed in an average only 15% of their rated power.”

In bed 6 days a week

A further analysis of Germany’s solar and wind power outputs for the month of July, for example, shows that wind and sun were AWOL far more often than they were on the job: 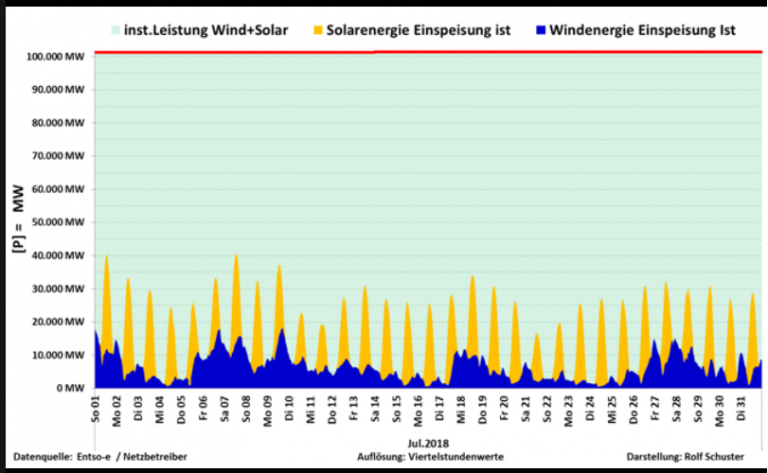 While on some days German wind and solar installations can supply almost all of Germany’s 70-80 gigawatts of power demand, just hours later (night time) wind and solar at times all but totally disappear.

Less than 10% of rated capacity almost half the time

Ralf Schuster of Vernunftkraft did an analysis looking at the distribution of the power fed in according to class (Verteilung der Einspeisung nach Klassen) of the total wind energy that was generated: 10,693 gigawatt-hours in June.

To illustrate wind’s inadequacy, using it is like hiring a worker who shows up for work only one day a week, and nobody can say on which day and which shift.