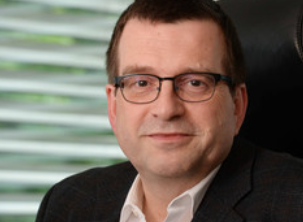 Spiegel wrote in its sub headline:

Unexpected extra time in the climate scenario: ‘Our reprieve has been extended by about ten years’ Physicist and climate researcher Jochem Marotzke explains why humanity has more time to stop global warming than previously thought.”

Or in other words, German skeptics Dr. Sebastian Lüning and Prof. Fritz Vahrenholt write at their Die kalte Sonne blog, “the sensitivity of CO2 was obviously overestimated.”

Yes, the climate goalposts just got moved back once again.

More than 6 years ago in 2012, Lüning and Vahrenholt had already pointed out the problem of over-sensitive models in their book “Die kalte Sonne” – a claim that Marotzke back then said was “completely outlandish”.

Naturally today Lüning and Vahrenholt find themselves somewhat vindicated, and are confident more vindication is on the way as the reality of climate change becomes increasingly known.

We can emit “at least twice as much”

In the Spiegel interview, conducted editor Olaf Stamp, Marotzke was asked about how much CO2 we could still add to the atmosphere:

MAROTZKE: […] According to the latest climate scenarios, the amount of CO2 that we may emit is far greater than previously assumed – a fundamental point.

SPIEGEL: So we’ve been given amore time to reduce CO2 emissions?

MAROTZKE: Exactly. That’s what today’s improved models show. Our remaining CO2 budget for the 1.5°C target is in fact at least twice as much as previously thought: almost 1 trillion tonnes. Thus our reprieve has been extended about 10 years. Of course, it makes a huge difference if we have to bring the emissions of greenhouse gases down to zero in 15 years or 25 years. I assume that this will be the key message in the special report.”

And, according to Marotzke:

Our earlier models are too sensitive in one crucial place […]”

Here the Hamburg-based Max Planck Institute for Meteorology director is talking about CO2 climate sensitivity. And Lüning and Vahrenholt write: ” And when Marotzke says this, then it has real weight.”

In the Spiegel interview, which took place three days before the IPCC report was released, Marotzke suspected that the 1.5-degree report of the IPCC was to play down the danger of climate change. But when the report came out, it conveyed the opposite, namely worsened climate warnings.

This, according to Lüning and Vahrenholt, “is an indication that it is more a political report than a scientific account. Apparently the IPCC report authors, handpicked by politics, have already long deviated from the scientific basis.”

1.5°C target ” came as a surprise to us climatologists”

When asked by Spiegel why the 1.5°C target was used instead of 2°C:

SPIEGEL: Why was the limit lowered from 2 degrees to 1.5 degrees?

MAROTZKE: That came as a surprise to us climatologists as well. Especially the West Pacific island states insisted on 1.5 degrees at the Paris negotiations because they would be threatened by the rise of the sea level already at 2 degrees. However in most parts of the world, especially in Europe, we do not expect much difference between a 1.5-degree world and a 2-degree world.”

“Once again, political motives were more important than science,” Lüning and Vahrenholt write in response to Marotzke’s comments.

“Curiously enough, the Pacific Islanders also ignore the fact that they live on growing coral islands, which have already withstood much stronger sea-level rise rates in the transition from the last ice age to today’s interglacial. One has to assume that, above all, this should accelerate the path to the international coffers for climate compensation payments,” say skeptics Lüning and Vahrenholt.

The whole Spiegel interview is behind a paywall at spiegel.de.

Marotzke also explained that signs of the alleged tipping points coming from the Potsdam Institute were rather weak. He also flat out rejected the tipping points of a stalling Gulf Stream and melting West Antarctic.