Recently we’ve been hearing about how cold it’s been over much of North America, for example how Houston saw its earliest snowfall on record!

Well, it appears that the early wintry conditions are getting set to take even stronger hold over the Northern Hemisphere.

Yesterday at Weatherbell’s Daily Update, veteran meteorologist Joe Bastardi showed how some 90% of North America has been well below normal temperature-wise so far this month: 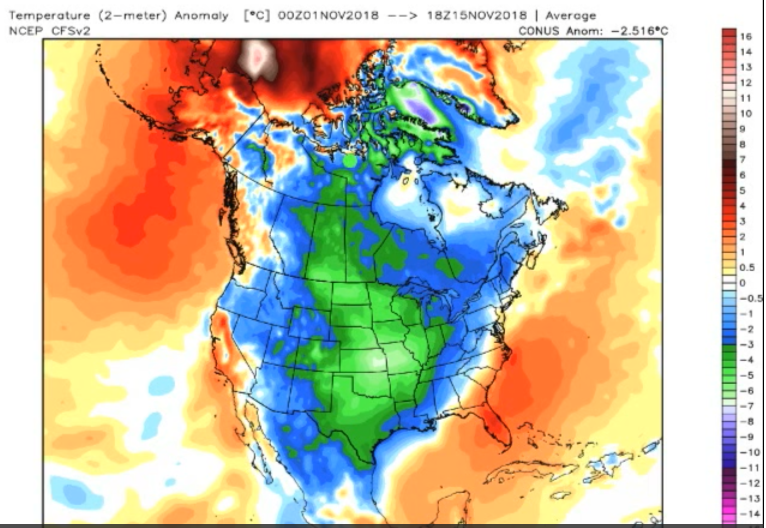 In Europe, the continent has experienced a very warm summer and fall so far, but that is about to change rather dramatically — should the latest computer model generated weather forecasts pan out, and which they are expected to do.

Snow is forecast to cover much of the US and all of Canada by early next month: 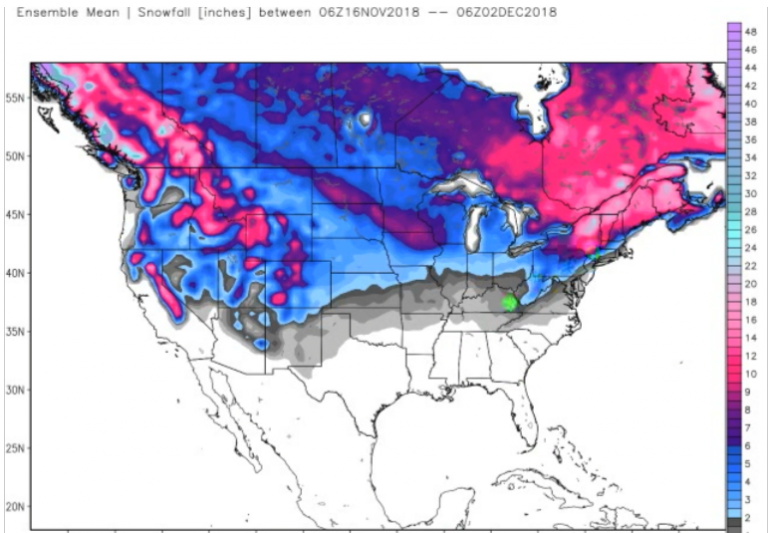 Russian beast from the east

“Boy, we’ve got some interesting things going on in Europe. […] Wicked cold coming into Europe.” 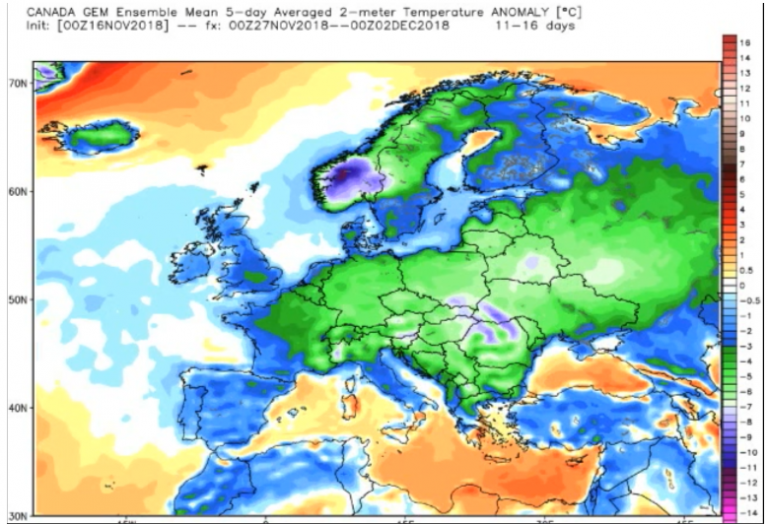 Also Japanese skeptic blogger Kirye at Twitter sent me chart showing Arctic sea ice volume is back up to normal after having been a bit below normal over the past couple of months. 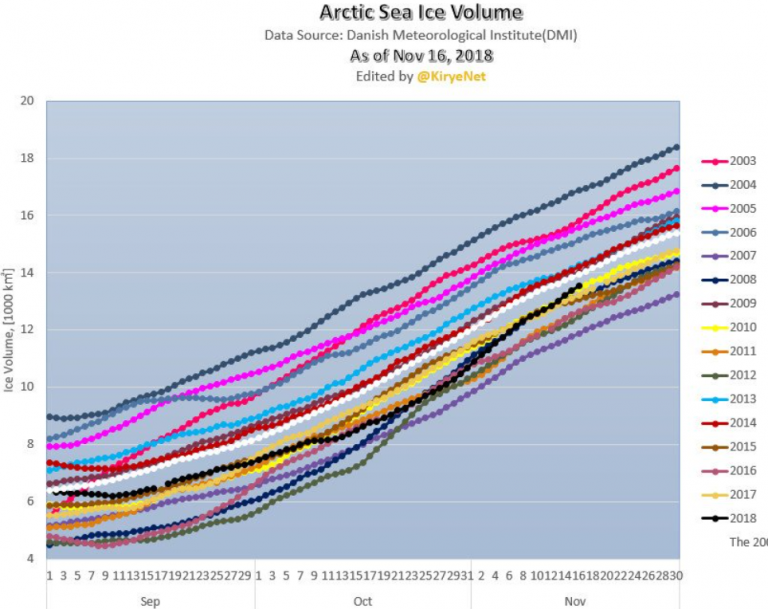 Once again expect another rollout of the scientifically bogus explanation of a Arctic-warming-induced perturbed jet stream causing all the cold. Just keep in mind this is barely a hypothesis that has no data to back it up and that it mostly relies on phony models created by climate activists.

Although the globe may have warmed about half a degree, much of the Northern Hemisphere land mass will continue to see cold snows winters like it did 50 years ago. The earlier idiotic alarmist predictions are proving to be merely fantasy visions of hysterical minds.