Browse: Home / 2018 / November / 18 / Extreme Precipitation Events In China, Australia Show No Increase At All Over Past Decades! 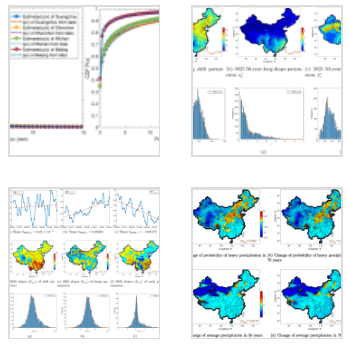 According to a recent paper by Choujun Zhan et al, extreme precipitation events have declined over 90% of China.

According to the paper’s abstract, a newly developed dataset containing daily precipitation in China at 0.5° intervals of longitude and latitude over the period 1961 to 2011 was statistically analyzed.

The authors found “the probability of rainy days has decreased over time for over 90% the surface area of China, and that the extreme precipitation and annual precipitation have decreased for most of the area in China.”

The results contradict the often made alarmist claim of more frequent and extreme weather events due to global warming.

Australia: “no trend in one day precipitation extremes”

The authors summarized in the paper’s abstract:

Daily precipitation extremes rarely exhibit long-term change over the century but are strongly modulated by the El Niño Southern Oscillation (ENSO). The relative importance of long-term change and climate variability therefore depends on the variable or index.

We conclude that in assessing the likelihood of climate hazards, one needs to consider the modulation of climate extremes due to both long-term change and climate variability. Our findings imply that when planning for adaptation, different emphasis needs to be given to changing temperature and precipitation extremes.”

3 responses to “Extreme Precipitation Events In China, Australia Show No Increase At All Over Past Decades!”