Spiegel science journalist Axel Bojanowski, a geology major, believes some journalistic changes are sorely needed when it comes the mainstream media reporting on climate science and its uncertainties. 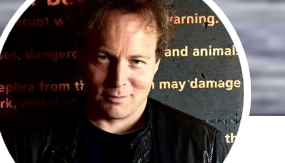 Bojanowski criticized many of his colleagues, saying they would “rather spread disaster scenarios instead of critically examining the scientists”.

He also told the audience that models predicting the climate decades out are in fact “quite blurred”.

Germany is a country where the mainstream media universally promote the worst case climate scenarios in lockstep, as if they are established fact. Moreover, the media has a penchant to attack critical voices that question the scenarios of climate doom and gloom.

Journalists regard alarmist scientists as prophets

It gets reported as if scientists are coming down the mountain with big stone plates in which the truth is engraved.”

The Spiegel journalist’s sharp criticism of his colleagues is a rare occurrence in Germany, and potentially risky. Most journalists believe they are doing the right thing in spreading alarmism, are convinced the science is settled, and refuse to acknowledge how shaky the scientific basis really is.

Always the same handful of scientists get cited

Moreover, only a small handful of scientists get cited by the media, says Bojanowski: “In Germany, the same five, six, seven experts are always quoted among thousands of scientists.”

The NDR writes that journalists “see it as their mission to teach society that they must change their behavior to stop climate change” but Bojanowski says the journalists prefer “not to bother with the blurriness of the science”.

Dissenting voices viewed as “a danger”

Former Süddeutsche Zeitung journalist, Christoph Schrader does not share Bojanowski’s view, saying: “We really do know enough” when it comes to climate research. For Schrader, the science is settled and now the core issue is the “Transformation”. He told NDR: We have to get into society. We must change all our ways of behavior.”

All sense of objectivity lost

Climate science skeptics Dr. Sebastian Lüning and Prof. Fritz Vahrenholt responded, blasting Schrader’s draconian view, writing at their Die kalte Sonne site here that Schrader would “fit perfectly in the media landscape of former Communist East Germany”, has lost every sense of objectivity, and uncritically publishes everything that is handed to him from the alarmist Potsdam institute.

According to Lüning and Vahrenholt: “Schrader does not view himself as a journalist” but rather behaves more like “missionary agitator”.

Uncertainty is the truth

Bojanowski also described to NDR the resistance he experiences from journalist colleagues, and how he gets accused of “wanting to obstruct climate protection.”

Communication expert Dr. Imke Hoppe agreed with Bojanowski’s observation that the public is not sufficiently informed about the uncertainties of long term forecasts.

According to Bojanowski, “People believe the uncertainties are negligible, and fundamentally a distraction from the real essence. The uncertainties in climate research are immensely true.”