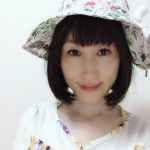 Hachijojima is a rural-type island off the coast from the megapolis of Tokyo in the Pacific.

What makes Hachijojima interesting is that it is ideal for comparing its trend to a heavily urban environment, like Tokyo’s. 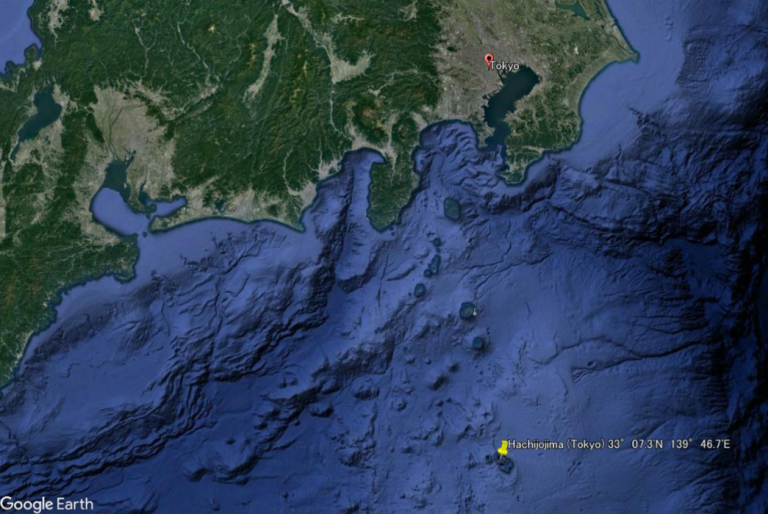 Hachijojima is located roughly 300 km, out to sea, from Tokyo and thus is hardly impacted by urbanization. Image: Google Earth.

What follows is a close up of the island and the approximate location of the measurement station: 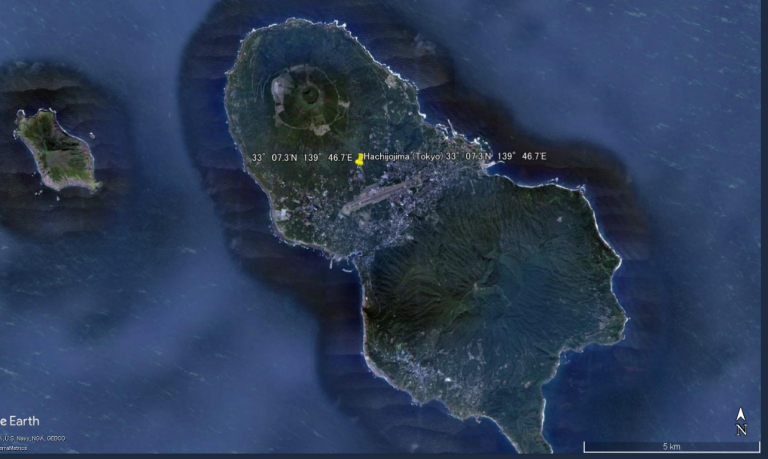 Hachijojima is relatively very rural and unaffected from the factors of urbanization. Image: Google Earth

Such a comparison can allow us to see the urban signal on measured data, like temperature. The following chart shows that there has been no warming at this island over the past 70 years, using the unadjusted data from the Japanese Meteorology Agency (JMA): 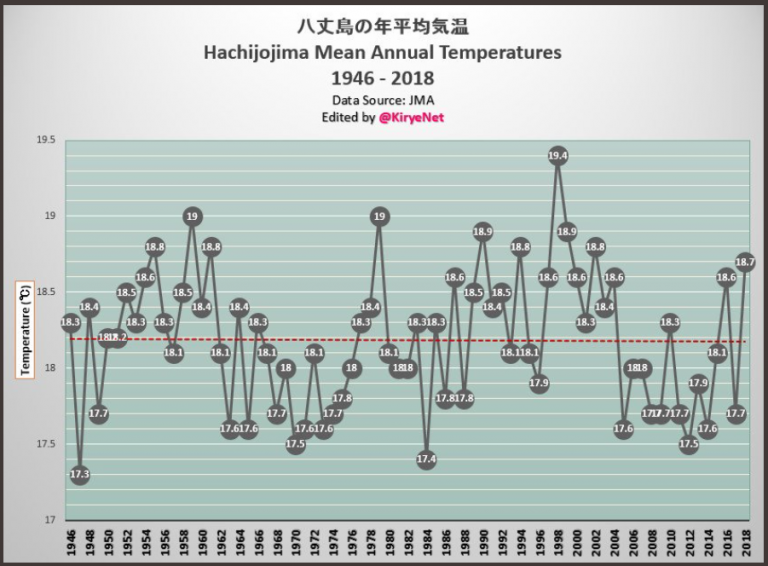 There’s been no trend at all in the mean annual temperature at Hachijojima over the past 70 years! Chart: Kirye. 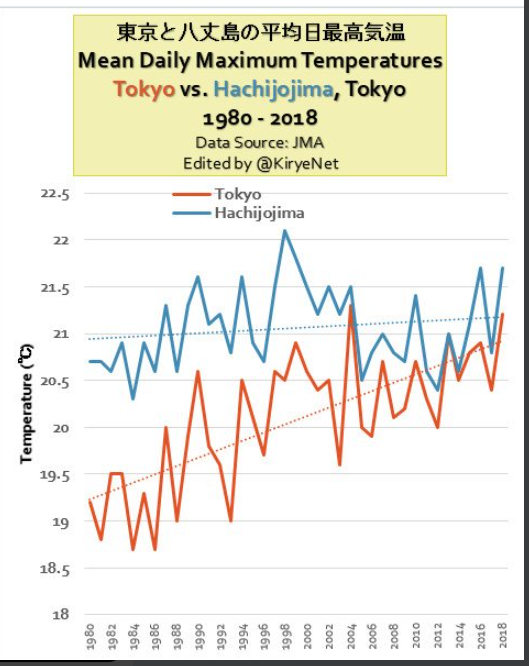 While Hachijojima has seen no only a modest warming trend since 1980, modern urban Tokyo has seen a strong warming. This is very likely due to the urban heat island effect where steel, concrete and asphalt store energy from the sun and fuels consumed by cars, buildings and factories. Chart: Kirye.

The data for both stations go way back to 1907:

From 1907 to 1935, the trend for both was very similar, with no rise. Then there was a rise for both stations from the 1930s to 1961. Note how in this period Tokyo temperature rose more quickly than Hachijojima.  Next came the cooling of the the 1960s, 1970s and early 1980s, followed by the most recent warming.

Note how the most recent warming since the 1980s has been far stronger in Tokyo then it has been in rural Hachijojima. Tokyo, once significantly cooler, is about as warm as Hachijojima today.

And since the peak in 1998, Hachijojima has been cooling a bit while Tokyo has been warming!

Can all this be explained by CO2? Honestly not.