Forsythia are an indicator plant used by the German DWD Weather Service for marking the beginning of spring in March. The trend of spring blossoming show that springs in Hamburg have been cooling over the past 30 years.

The north German port city of Hamburg happens to have a long data series on the the date the plant blossoms and so it has some use as a spring climate tracker for that perticular region.

An ever increasingly earlier blossoming of the plant is claimed to be evidence by alarmists of climatic warming, which would be again exclusively CO2’s doing.

It is often suggested that the forsythia only blossomed in May 40 years ago and now the date has since moved forward.

But Josef Kowatsch at the European Institute (EIKE) has looked into the matter and asked: Do the forsythia really bloom earlier? The answer is no.

Phenologist Iska Holtz recently reported that this year the reference forsythia bush located at the Hamburg Lombardsbrücke began to blossom on March 12th, which is 71 days after the beginning of the year.

The following chart shows the date of blossoming since 1987. The vertical axis shows the number of days after the beginning of the year that the shrub first blossomed. The greater the number, the later the shrub blossomed, and thus the colder the spring was: 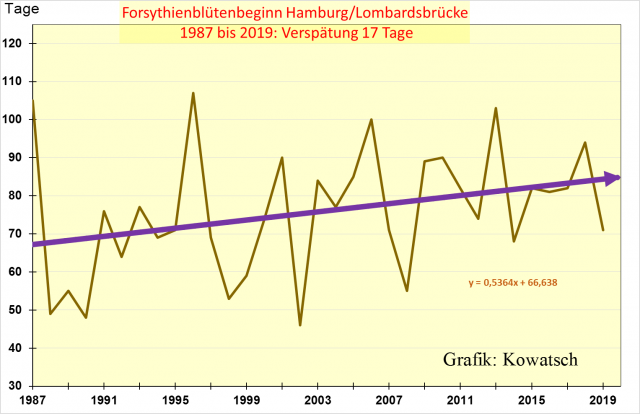 Surprise! the linear trend shows that the forsythia are blossoming 17 days later than 30 years ago. This would indicate cooling, and not warming.

The temperatures of February and March essentially determine the start of flowering of the Forsythia shrub in the city centre of Hamburg. Note also February/March 1996 was very cold and thus the late flowering.

First the chart which shows February mean temperature since 1987, the last 33 years: 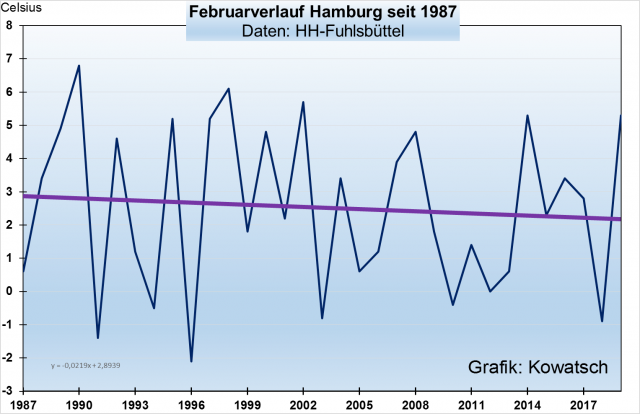 Figure 2: Even without a drawn trend line, you would see it right away: February in Hamburg has gotten colder. February 2019 was mild in Hamburg, in contrast to last year (2018) when the beginning of flowering was delayed to April 4th. Chart: Josef Kowatsch

March has cooled as well

Even more than the month of February, March temperatures influence the forsythia flowering date at the Lombardsbrücke in Hamburg. And the first 12 days of March 2019 in Hamburg were very mild with an average of 6 to 7 degrees. This favored the relatively early start of flowering in 2019.

Overall, however, the month of March also has become somewhat colder in Hamburg. 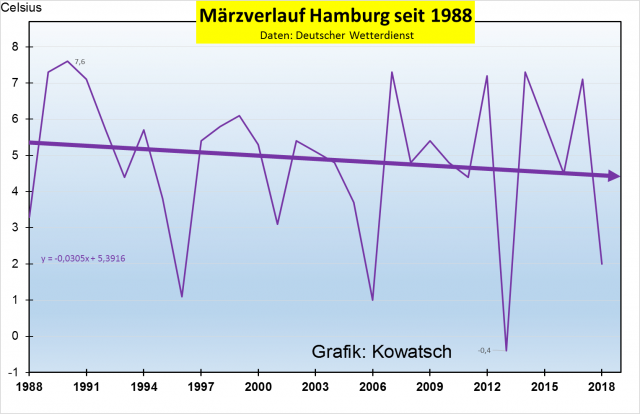 Figure 3: March has also been getting somewhat colder in Hamburg for over 30 years. (2019 data not yet available). Chart: Josef Kowatsch

The temperatures of February and March essentially determine the beginning of the flowering season of the forsythia shrub in downtown Hamburg. Note also the very cold February/March of 1996 and the late flowering.

Next we look at the the blossom date going back to 1971: 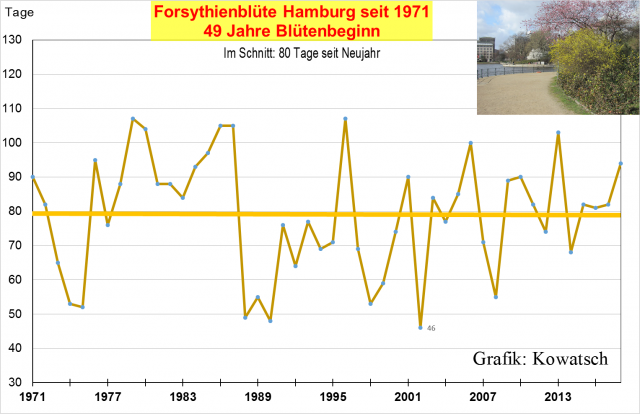 Figure 4: Since 1971, the flowering date of forsythia in Hamburg has been steady. The mean is about 80 days after New Year. Despite an increase in CO2 – a fertilizer from the air and despite an increase in fertilizers in groundwater, all growth-promoting and flower-driving factors, spring in Hamburg has not been earlier over the past 47 years, and has even been delayed in the last 33 years. Chart: Josef Kowatsch

There’s been no trend over the past 5 decades. And if one accounts for the urban heat island effect, then we can only conclude some underlying cooling has taken place.