April data have been coming in, and they show that warming has been missing at many sub-Arctic stations over the past decades.

Looking at 9 stations in Canada, where data from the Japan Meteorology Agency (JMA) are mostly complete, we see that the month of April hasn’t warmed at all despite all the hollering about a “climate warming crisis”. 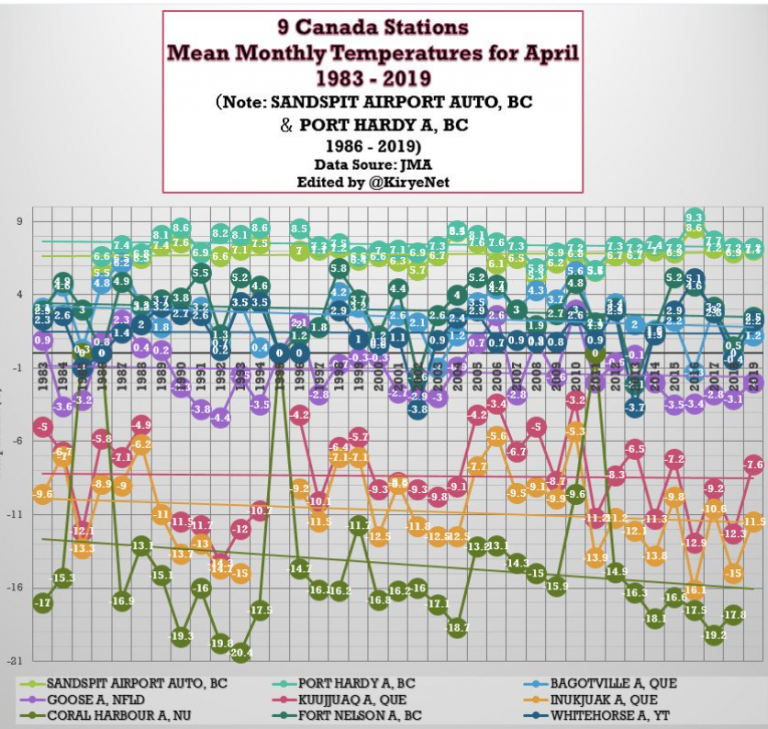 In reality, the data show for April temperatures at 7 out of 9 Canada stations have been declining over the past 30-plus years!

Sweden no April warming in 2 decades

Next we look at data from 6 stations in the Nordic country of Sweden: 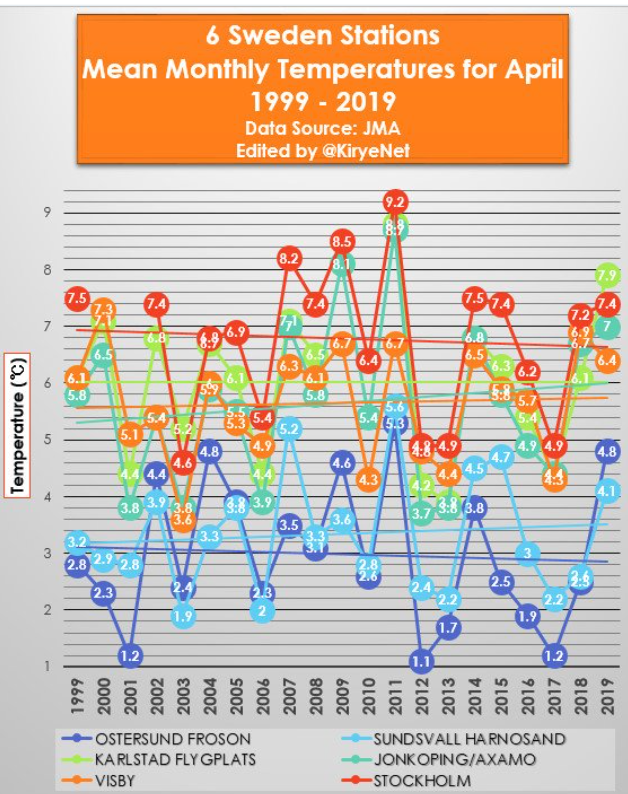 In Sweden, using stations with good data availability, we see that as a whole there has been no real April warming trend over the past 2 decades.

The same is true for the North Atlantic island of Ireland: 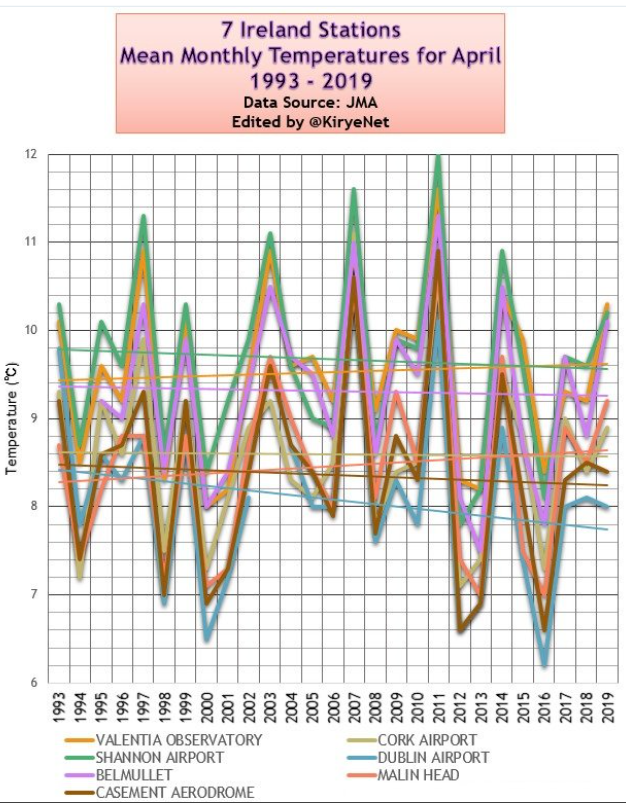 In fact, 5 of the 7 stations examined in Ireland have seen April cooling since 1993, a time when all the global warming hype was just getting started in earnest.

No warming at Antarctic station in 50 years

Finally. we move to the other end of the globe, Antarctica, and look at a plot of the annual data from the Japanese Showa research station: 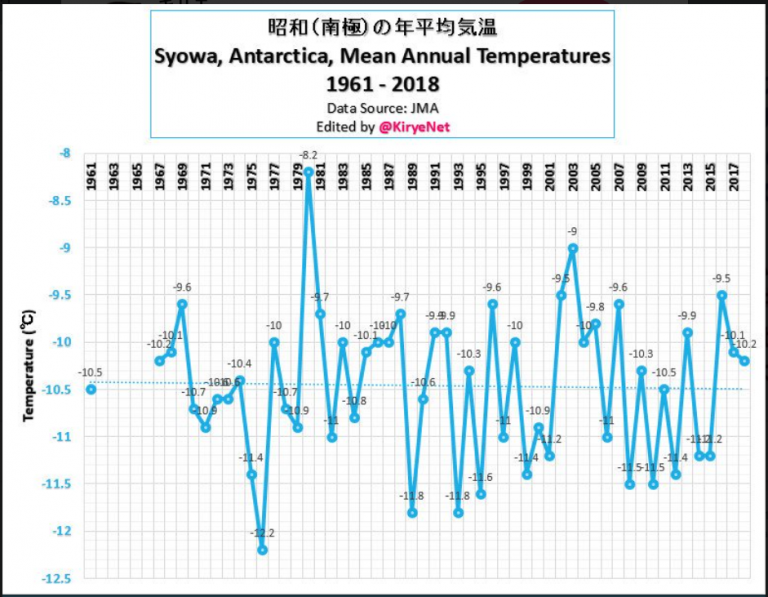 In an alleged time of “rapid warming”, nothing of the sort is actually happening. The Showa station, founded in 1957, in fact shows there hasn’t been any warming there in 50 years!