Where have all the globe-trotting climate ambulance chasers gone? Well, they’re nowhere to be found in Europe nowadays.

The reason is the unusual cold that has swept across a large swath of the continent and which has sent temperatures plummeting to near freezing.

Yesterday morning ground frost hit parts of Belgium, Holland, Germany and the Czech Republic, as the above chart shows. Unsurprisingly, the media have been curiously silent about it.

It has also been reported that a new all-time July low had been recorded in the Netherlands, according to one source here. The online NL Times here reported, “residents of Eastern Netherlands woke up to a frost covered landscape on Thursday” and that in Twente, “a minimum of -1.6 degrees Celsius was measured – a record low for July, according to Weerplaza.”

The cold has now gripped northern Europe for about a week now, as the mornings of July 3 and 4 saw “at times widespread surface frost in Germany” as well. 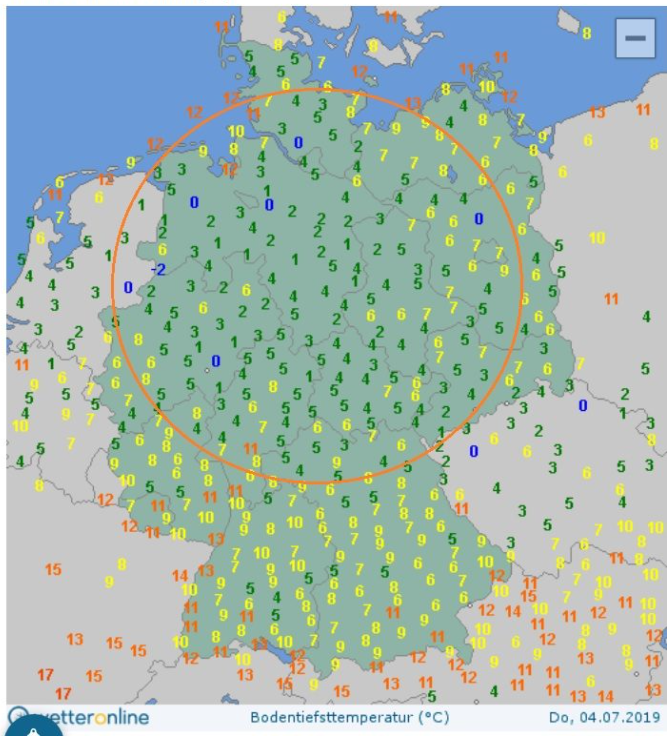 The cold is not expected to subside anytime soon. A recent GFS forecast shows it will likely persist across Northern Europe and most of northern Russia for another 10 days.

So don’t expect to see any global warming ambulance chasers to be found there. They were last sighted in Alaska, and may soon be headed to Iran or the “stans”. 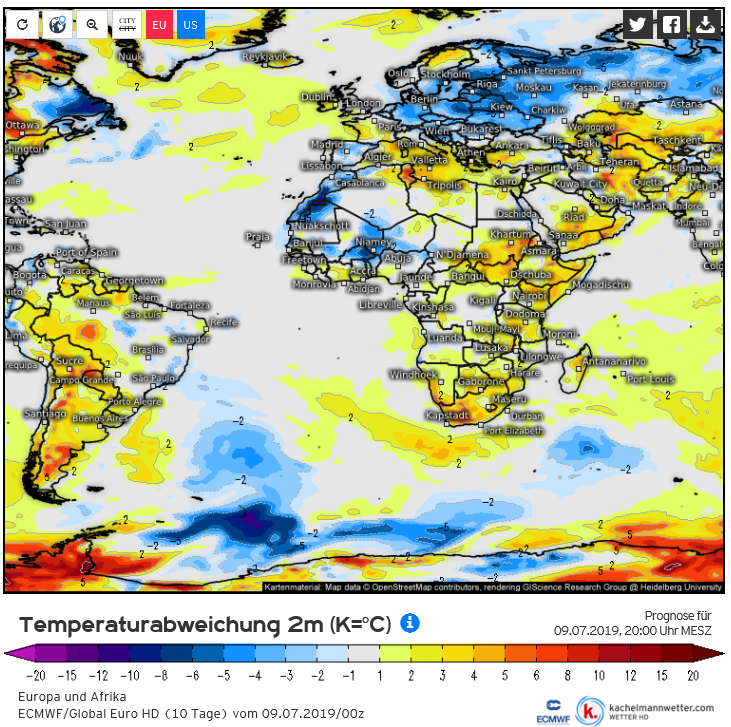 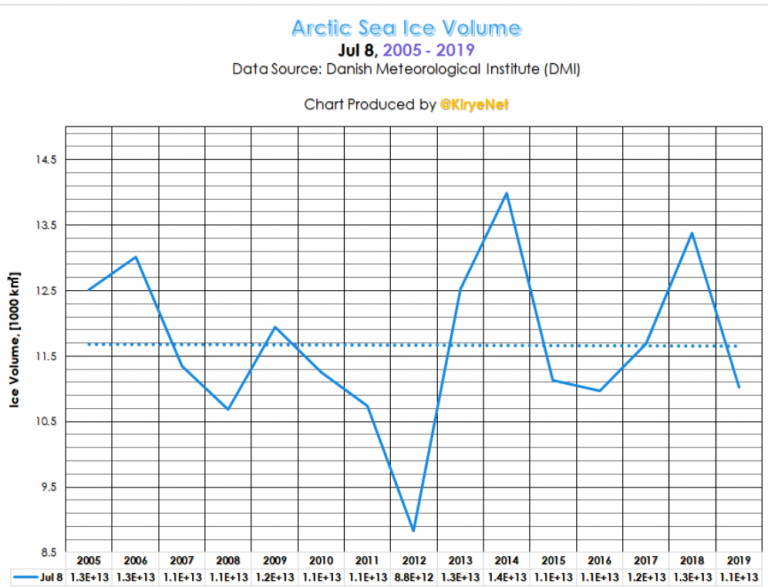 Japanese climate blogger Kirye plotted the data back to 2006, and we see an upward trend for July 8 Arctic sea ice volume: 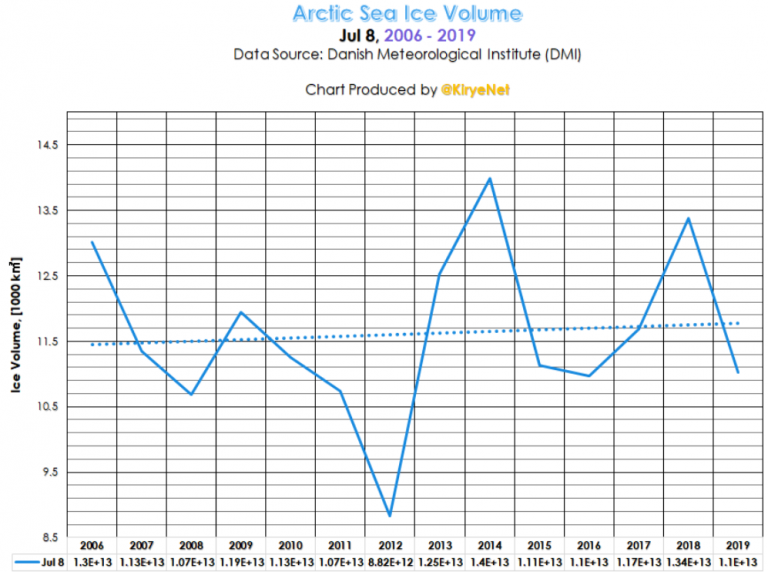 Growing ice over past 10 years

The rising trend becomes even pronounced when we look at the last 10 years. This ice cold reality flies in the face of all the wild claims of a melting Arctic we often hear in the media.