Biblical City Ur Used To Sit On The Persian Gulf Coast 6000 Years Ago. Today Its Ruins Sit 200 km Inland.

The world was much warmer and greener with meters-higher sea levels just a few thousand years ago.

Between 9000 to 6000 years ago, when global temperatures were 4-6°C warmer than they are today, the Sahara was a tree- and lake-covered haven teeming with megafauna and human civilizations (Manning and Timpson, 2014). 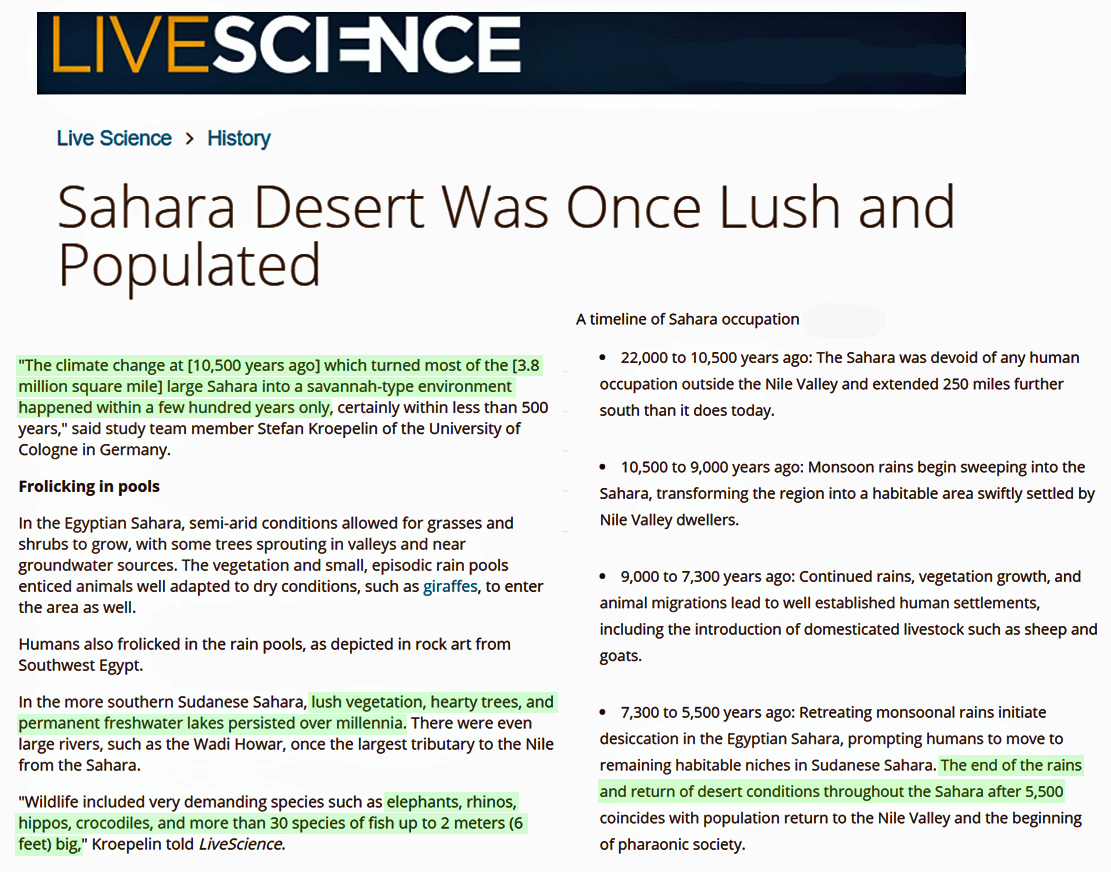 During this same period, the Earth’s sea levels were also multiple meters higher than they are now, as there was much less water locked up on land in the form of ice.

In the Persian Gulf region, for example, the biblically-mentioned city of Ur was once located on the sea coast. 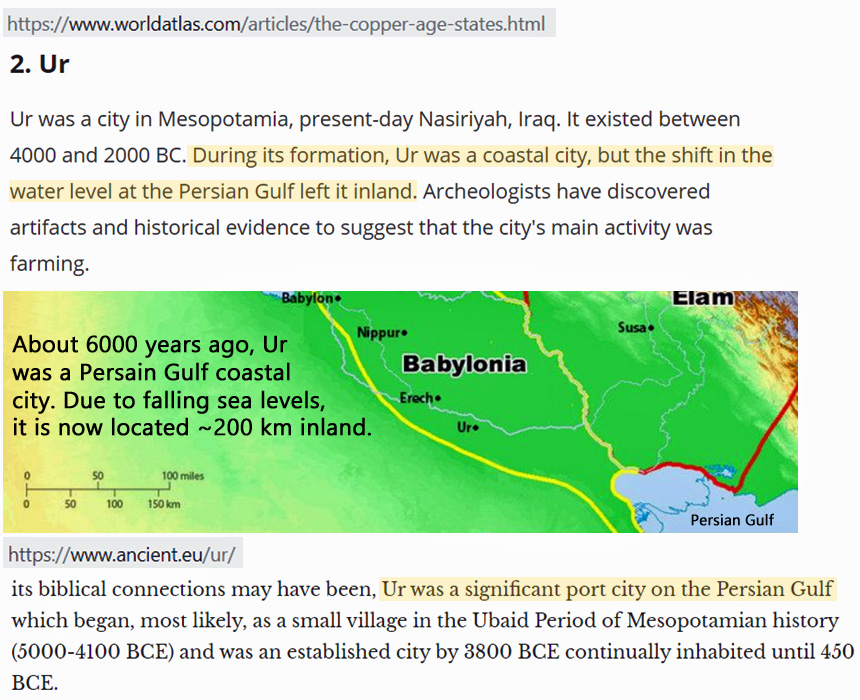 Scientists have determined the local sea levels were about 2 to 3 meters higher than they are today during that time. 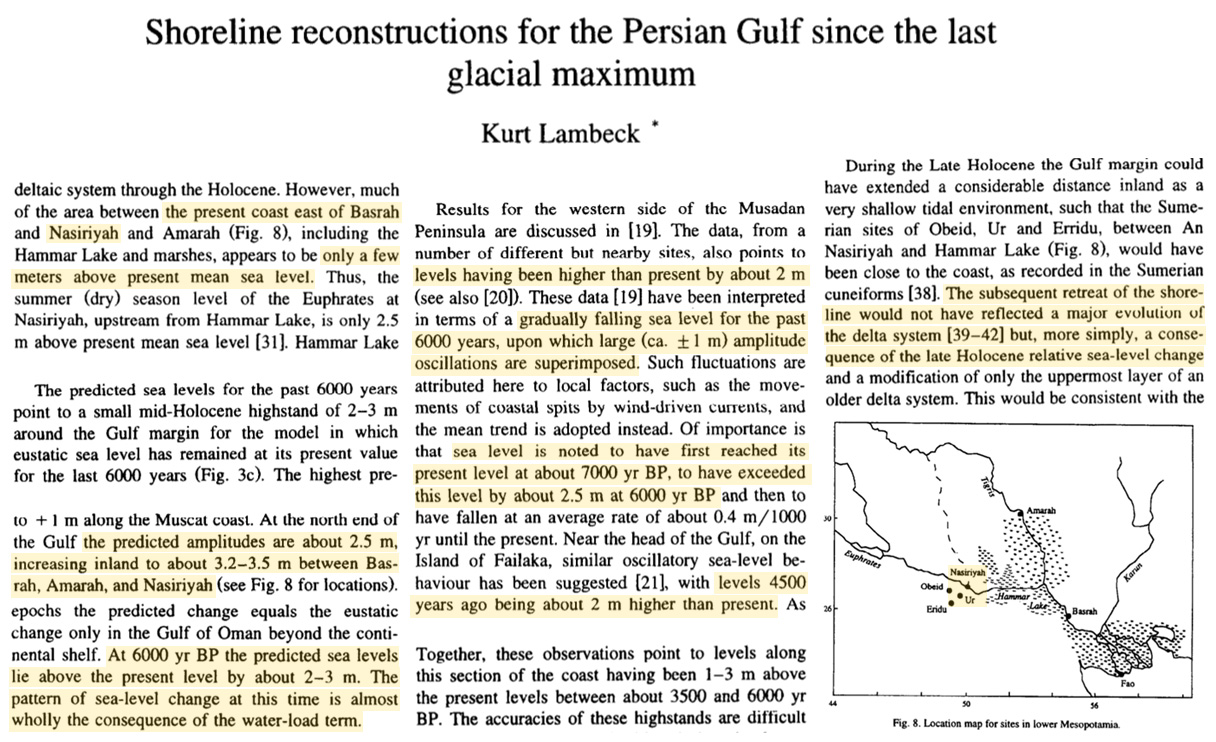 15 responses to “Biblical City Ur Used To Sit On The Persian Gulf Coast 6000 Years Ago. Today Its Ruins Sit 200 km Inland.”