The two recent dry summers seen in Europe have led to alarmists believing that the climate doomsday has arrived. But The European Institute for Climate and Energy (EIKE) looks at the past to see if this sort of thing is really unusual. 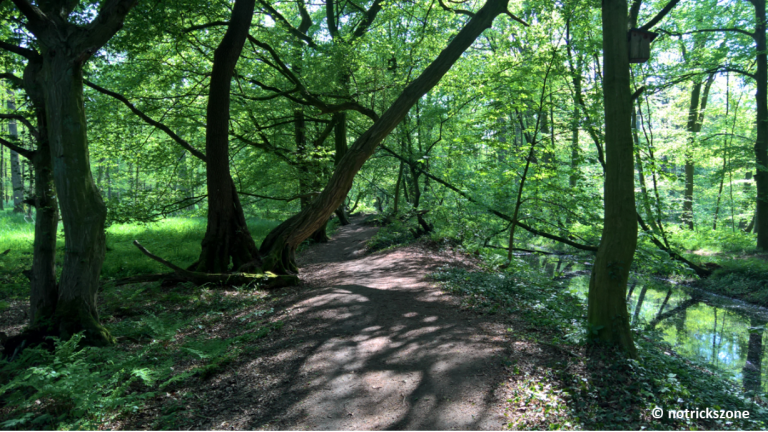 Dry summers as a doomsday scenario – are they really something new?

Researchers from the German Department of Ecology and Ecosystem Dynamics at the University of Greifswald have shown that drought in the High Middle Ages was completely normal during the summer. Even if hardly any real scientist dares to say anything against the climate madness, many do their work properly and deliver many small mosaic pieces for dismantling all the fraud.

Last spring, however, one could hear “top physicist” Harald Lesch at the Markus Lanz’s ZDF show claim how climate change would hit quite badly in summer, how the drought of the “record summer” 2019 would have violent effects, especially on the holy German Forest (forest die-off scare came knocking again…).

So what about drought in the holy German Forest 2019? Is it real, or “interpreted”?

Well, it’s probably real. But why not? In summer it is hot and dry even in the temperate climate zone of Europe. Mr. Lesch & Co. showed a heat peak and claimed it is man-made climate change. And when a cold peak appears, then it is only weather – or even proof of climate change. Weather extremes are somehow more frequent today.

Biologist Martin Wilmking and his team from the University of Greifswald in the German state of Vorpommern now have shown that dry summers a thousand years ago were not uncommon in northern Germany. In fact, they were much warmer than today – and this without combustion engines, industry and motor traffic.

The authors prove once again that our forests are growing much faster today than in the past, because agriculture (also traffic & industry) provides them with a lot of fixed nitrogen (ammonium salts).

The modestly increased CO2 content of today’s air also allows the trees to open the stomata of the leaves for a shorter period of time, thus limiting water losses. In other words, our industrial civilization is considerably HELPING the forest by supplying it with building materials and  even water indirectly. This is nothing new for avid EIKE readers, as we have pointed out more than once that the planet has become much greener in recent decades.

If one includes the faster growth of today’s trees, one can conclude in comparison using the annual ring curves of the historical woods that it was often dry in summer in the High Middle Ages. Even the Rhine, the largest river in Europe, became dry near Cologne. Yet the High and Late Middle Ages were not a phase of decline like the Early Middle Ages. On the contrary, the courtly knightly culture flourished in Western and Central Europe. There are tens of thousands of stone castles in Germany, Switzerland, Bohemia and Austria – several in the Saale valley near EIKE’s home city of Jena.

And if you take a boat trip on the Rhine or Moselle rivers – ruins of stone castles can be seen everywhere. They all date back to the time after 1000 AD. The stone castles are a testimony to a significant increase in Europe’s economic performance, which can be traced back to the warmth of the Climate Optimum. The development lasted until the late Middle Ages, when it then became much colder again.

Politically correct theories assume that the booming economy overtaxed nature and thus undermined itself. Certainly not wrong, but without the cold, nature could have recovered faster from the overexploitation.

Also findings from graves, for example near Berlin, prove that Brandenburg citizens from the Renaissance period were significantly sicker than their ancestors of the High and Late Middle Ages. The saying rings true: “Cold is bad, warm is good.”