Global warming alarmists like to tell us the planet is warming faster and faster.

Yet, when we look objectively at the untampered data, we see this is not the case at all at many locations.  Today we look at the (untampered) data from the Japan Meteorology Agency (JMA) for some stations across northern Europe for the month of October.

According to global warming believers, winter is supposed to be coming later, and spring arriving earlier. So looking at the season transition month of October is interesting.

At the JMA we find seven stations in Ireland that have October data going back sufficiently to 1994: 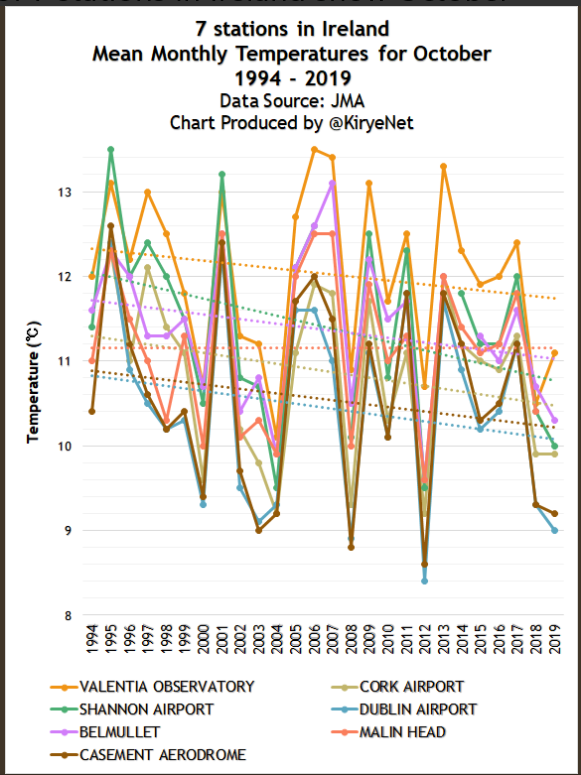 As the chart above shows, 6 of 7 stations in Ireland show October temperatures have a COOLING trend since 1994. How can winter be possibly coming later?

Next we have October data from the Scandinavian country of Finland, near the Arctic, where it’s supposedly warming rapidly and a it is the climate canary in a coal mine. 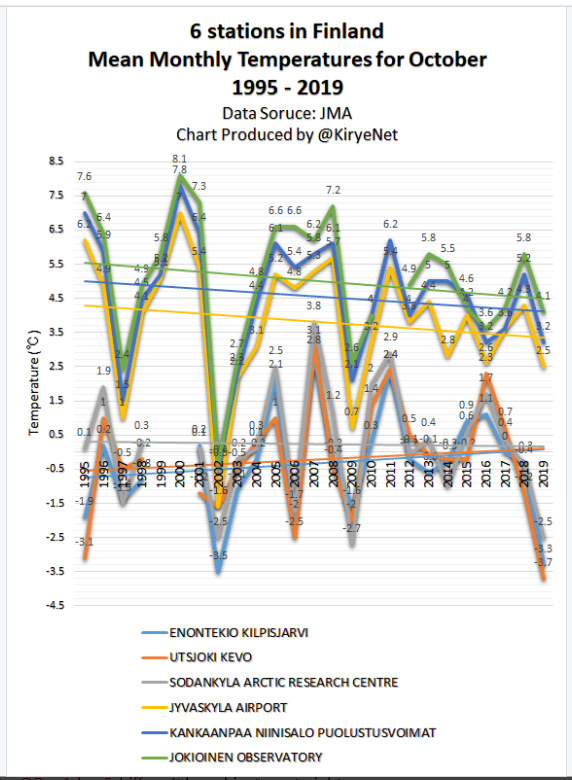 In Finland we have data from 6 stations, and they clearly show that there has not been any real warming at all over the past quarter century.

Isn’t it puzzling that we continue to hear reports from alarmists from every direction that the warming is speeding up? It stinks like some cynical Communist-grade propaganda, doesn’t it?

With all the fakes news we’ve been witnessing lately, nothing should surprise us anymore. We certainly need to be careful when it comes to believing these now infamously dubious media sources.

Next we move on to Scandinavian Norway, which is situated next to the North Atlantic, and so there oceanic cycles would have a truly profound effect. 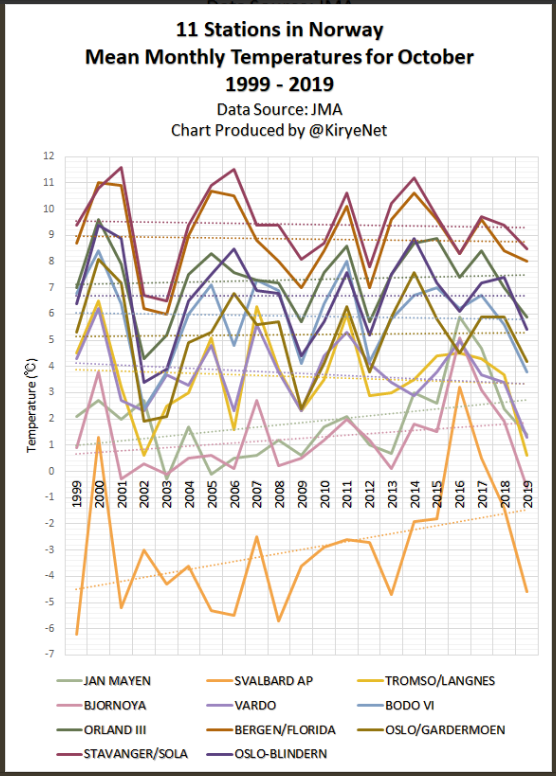 (Note: I didn’t include stations which don’t have the data from 20 century.) Data source: JMA

Lo and behold: Six of 11 stations in Norway show October temperatures have had no warming trend since 1999.

And not surprisingly, the story is the same in Sweden.

Here the 6 stations with sufficient JMA data were examined, and here as well there’s been no real warming to speak of since 1995. 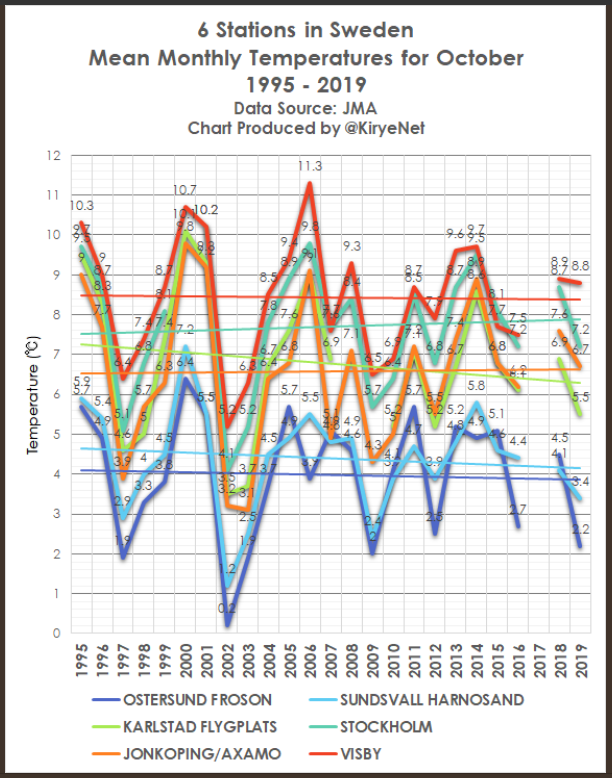 Four of the 6 stations in Sweden show October temperatures have had no warming trend since 1995.

Where’s the climate emergency that hysterical alarmists are pushing to declare? There hasn’t been any since the IPCC issued it’s 2nd assessment report – a quarter of a century ago!

When are they going to finally stop this sham? This is all as bogus as the Trump impeachment proceedings – based on nothing except made-up rumors.

It shouldn’t surprise anyone that the same people who produced the phony Russia dossiers also would not think twice about producing a fake climate warming dossier.