Also the Danish Meteorological Institute (DMI) projects a sturdy Arctic sea ice extent for this July, meaning no falling summer ice extent trend since 2007! The climate alarms are being muffled.

But also the temperatures in the Northern Hemisphere (red line) have had a falling trend since the end of February 2020, having since reached a new annual low. There has been no more global warming since 2016. Note: With 81% of the sea surface, the southern hemisphere has the largest energy storage on earth. 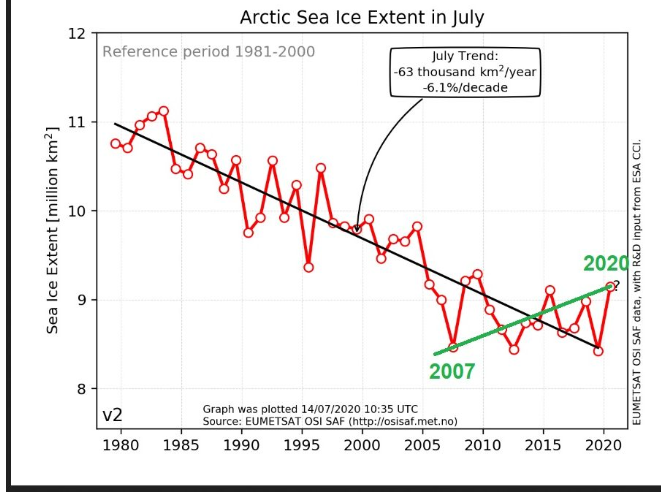 A surprising DMI forecast was issued on July 14, 2020 which projects strong growth of Arctic sea ice areas for July 2020. If this expert forecast is correct, it would mean there’s been a strongly positive summer trend since 2007 – instead of the ridiculous Al Gore complete meltdown.