It’s well known that the United States suffered severe drought and record high temperatures back in the 1930s, which we know resulted in the famous Dust Bowl and economic hardship across North America.

But now, from a climate point of view, that period has become an embarrassment to the scientists who propose the anthropogenic global warming theory. Atmospheric CO2 concentrations were much lower back then, and so according to their theory,  it should have been cooler than it is today. But it wasn’t.

But instead of questioning CO2’s role in driving global temperature, NASA GISS has decided to just rewrite the historical data so that it fits their flakey theory. This of course is scientific fraud.

Today we examine NASA GISS data for the Wellsboro station in Pennsylvania. First we look at the Version 4 “unadjusted” annual mean temperature data and compare it to the new Version 4 “homogenized” data: 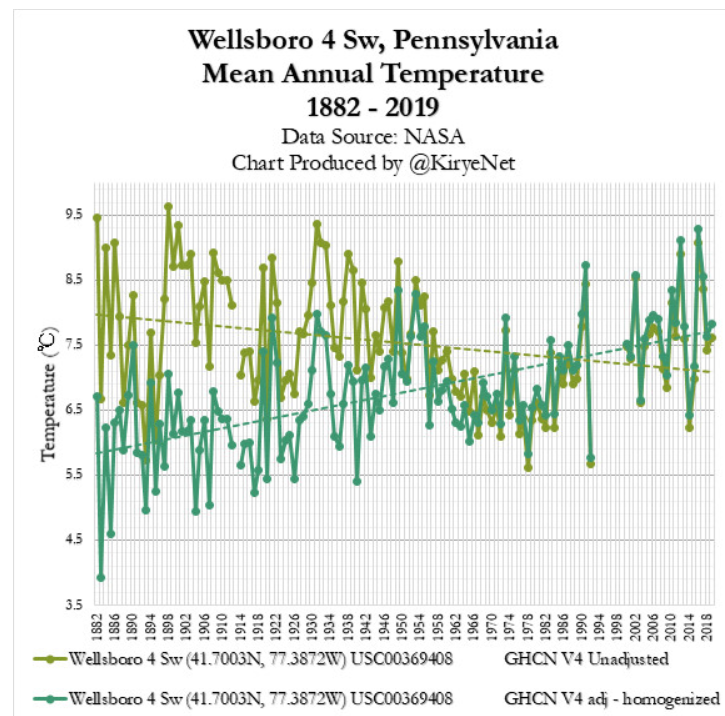 Above we see how NASA scientists simply went back in the old datasets and simply rewrote them so that the hot years of the early 20th century are cooled tremendously – by over two degrees in many years.

Earlier Wellsboro saw a cooling trend. But now since NASA scientists have fiddled with the data, the trend has been forged to fit the AGW theory. 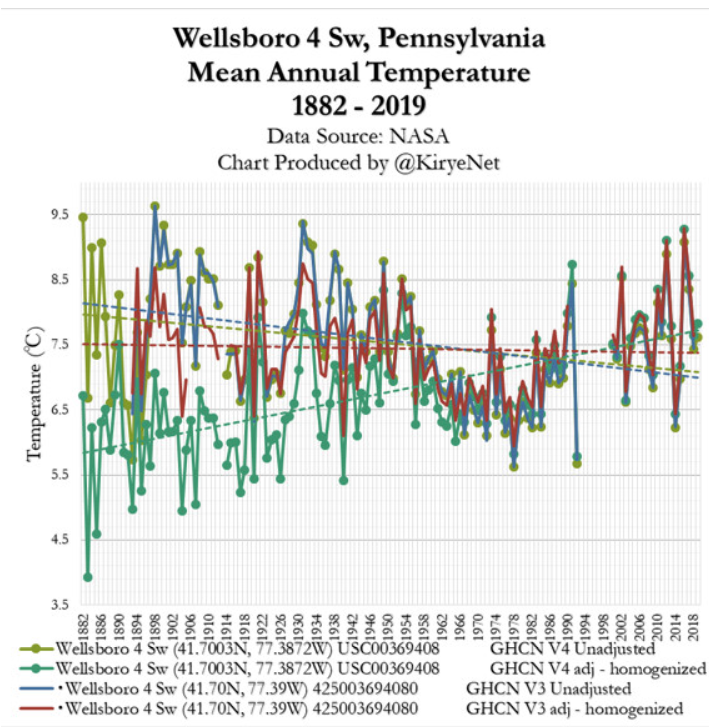 The earlier Version 3 also showed cooling before NASA rewrote the data and wiped it out. The current Version 4 used to show cooling, but was that too was tampered with and now it shows strong warming.

Many would argue that this is not science, but outright Orwellian scientific fraud.