The “Corona pandemic”, despite the ever falling death rate, has given governments cover to enact draconian regulation and lockdowns, thus allowing their even wildest power wet dreams to turn into reality.

Just a year ago much of what we are seeing today was considered unimaginable. Yet, here we are.

Never before have modern “democratic” governments enacted such extreme lockdown and government intrusion measures like those we have seen in the current “Corona crisis”. And like real junkies, they need more.

There are other government crackdown opportunities left out there, among them the “climate crisis” – the Big Kahuna when it comes to government regulation, takeover and control. It’s not for nothing they’ve frittered away hundreds of billions propping up this fake crisis.

Germany is already seizing the opportunity, having pledged to ban internal combustion engines soon, modify human eating habits and restricting a host of other amenities we once took for granted. Soon these amenities will be redefined as privileges, and they will be easily available only to the wealthy and elite.

The latest is energy and heat.

The German media, e.g. NTV public broadcasting, have reported that the Bundestag has just decided on a higher CO2 tax beginning already next year, January 1st.

“It is intended to make fossil fuels less attractive. This means that fuel, heating oil and gas, among other things, will cost more,” reports  German public broadcaster NTV. “The CO2 price will be 25 euro per ton from the new year on. The levy acts like a tax and is to climb gradually to 55 euros by 2025.”

Already German electricity is the most expensive in Europe. 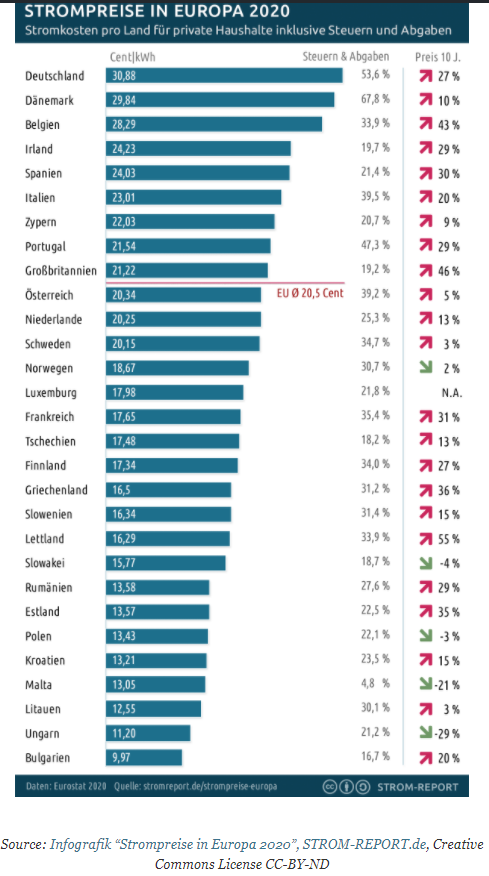 But not to worry: Industries with particularly high energy requirements that are also in global competition will be relieved of the costs. And of course, the rich and elitists will also keep their cushy red carpet lives – so that they can continue effectively doing their important work – while the rest of us are forced to move out into the cold mud.

In the end it’ll be lower income workers and households left struggling with the higher prices for everything. Even heat will become a luxury.

And so continues the cycle of political demise

And once governments get total control and surveillance over citizens across the world, they’ll try to tell us all just how much better things have become as a result, like the old communists used to do with their state controlled media. Of course, life in reality will become much worse, but we’ll be asked to pretend that it isn’t.

We all know what follows next: Revolution.