Danish Institute Data: Greenland Ice Melt Has Slowed Down Significantly Over Past Decade

The media and activists, among them a number of “Climate scientists”, have been declaring that Greenland ice melt has been accelerating.

Today the German Klimaschau climate news video reports, however, that this has not been the case over the recent years. All the recent talk about accelerating Greenland ice loss over the past years is false.

SMB on the rise

First a plot of Greenland’s surface mass balance SMB (blue curve below) shows that snow accumulation has occurred faster than snow and ice have melted over the past 35 years: 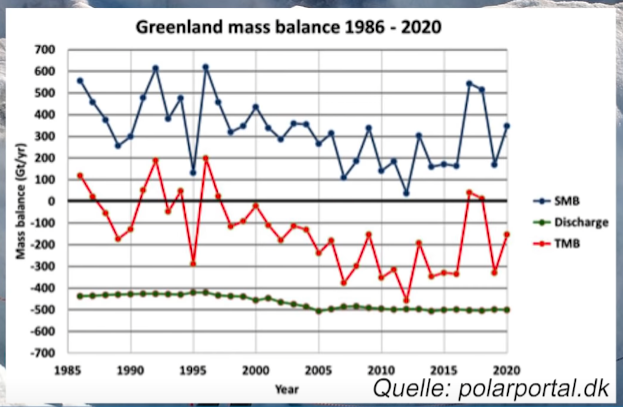 Though the annual SMB values declined from 1985 to 2012, the trend has rebounded since.

Loss through coastal discharge steady over the past 15 years

But the coastal ice discharge over the past 15 years has been stable.

Next we consider both the SMB and the Discharge together. Here we see that Greenland’s total mass balance TMB (red curve) is negative, meaning a net ice loss in total, but has been decelerating since 2012.

If we use a 10-year smoothing, we get the following: 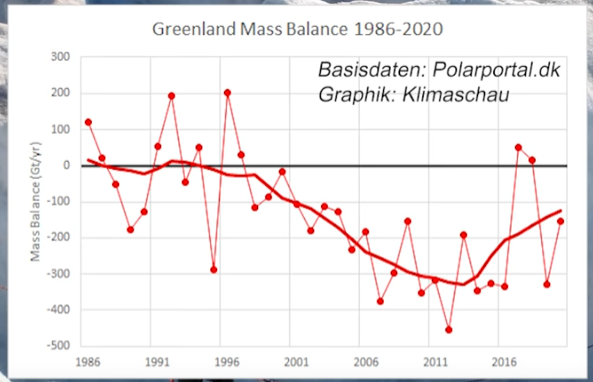 Clearly Greenland is not melting faster and faster like the media bedwetters like to have their audiences believe. Ice lost has been slowing down substantially for about a decade now.

One reason for this unexpected trend is likely cooling taking hold, as data from 5 stations show cooling since 2005, according to Kobashi et al 2017: 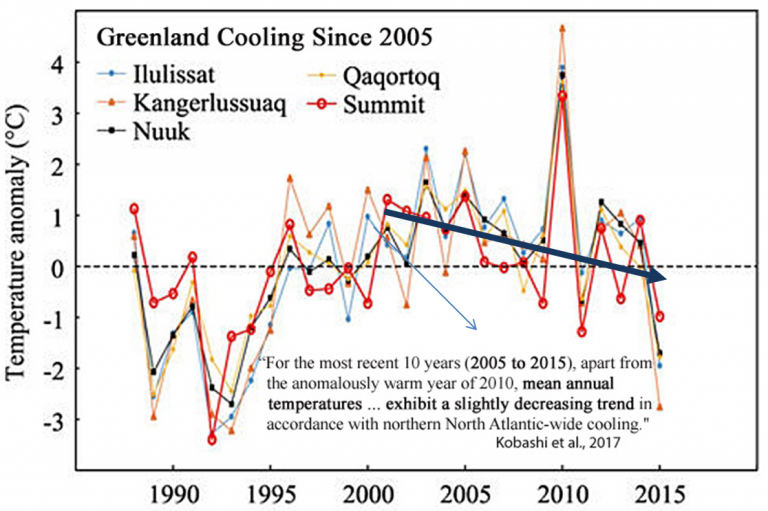 Obviously the opposite of what the media and alarmists are claiming is in fact happening in Greenland. Where will the climate ambulance chasers go next?

8 responses to “Danish Institute Data: Greenland Ice Melt Has Slowed Down Significantly Over Past Decade”