Two new studies refer to the natural decline in cloud and aerosol reflectivity and consequent rise in incoming solar radiation or sunlight duration as the explanation for warming trends across Europe. CO2 is not even mentioned as a factor in climate change.

Scientists point out that, for Europe, “the decrease in cloud cover is caused by the predominance of high-pressure systems in the last two decades of the 20th century and in the second decade of the 21st century” (Bartoszek et al., 2021).

Because there is less solar radiation reflected to space by clouds (and sulphate aerosols), Europe has experienced an increase of “1.9 and 2.4 Wm−²” per decade−¹ in incoming solar radiation (S) and shortwave radiation imbalance (S*), respectively, from 1983-2015 (Kejna et al., 2021). 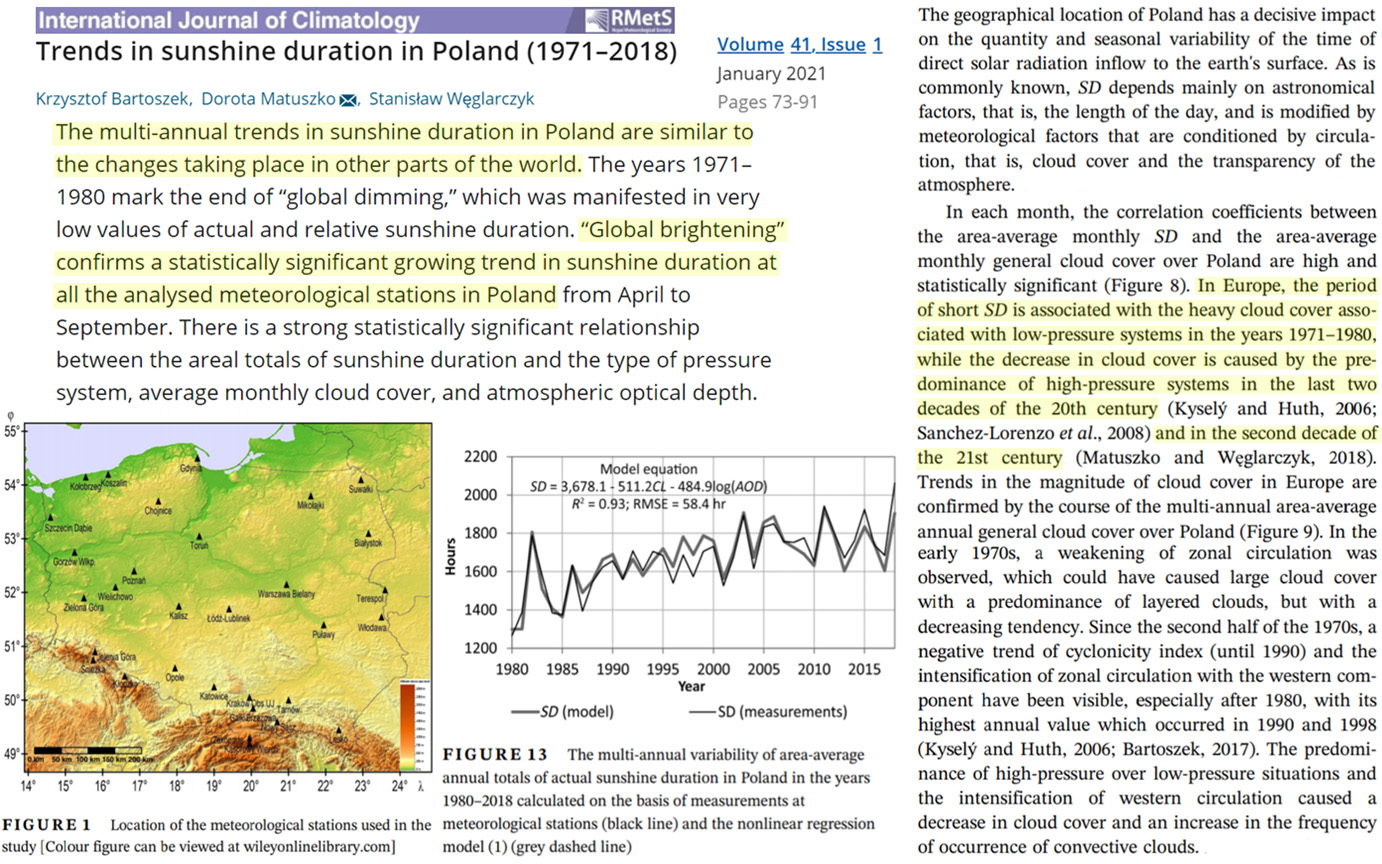 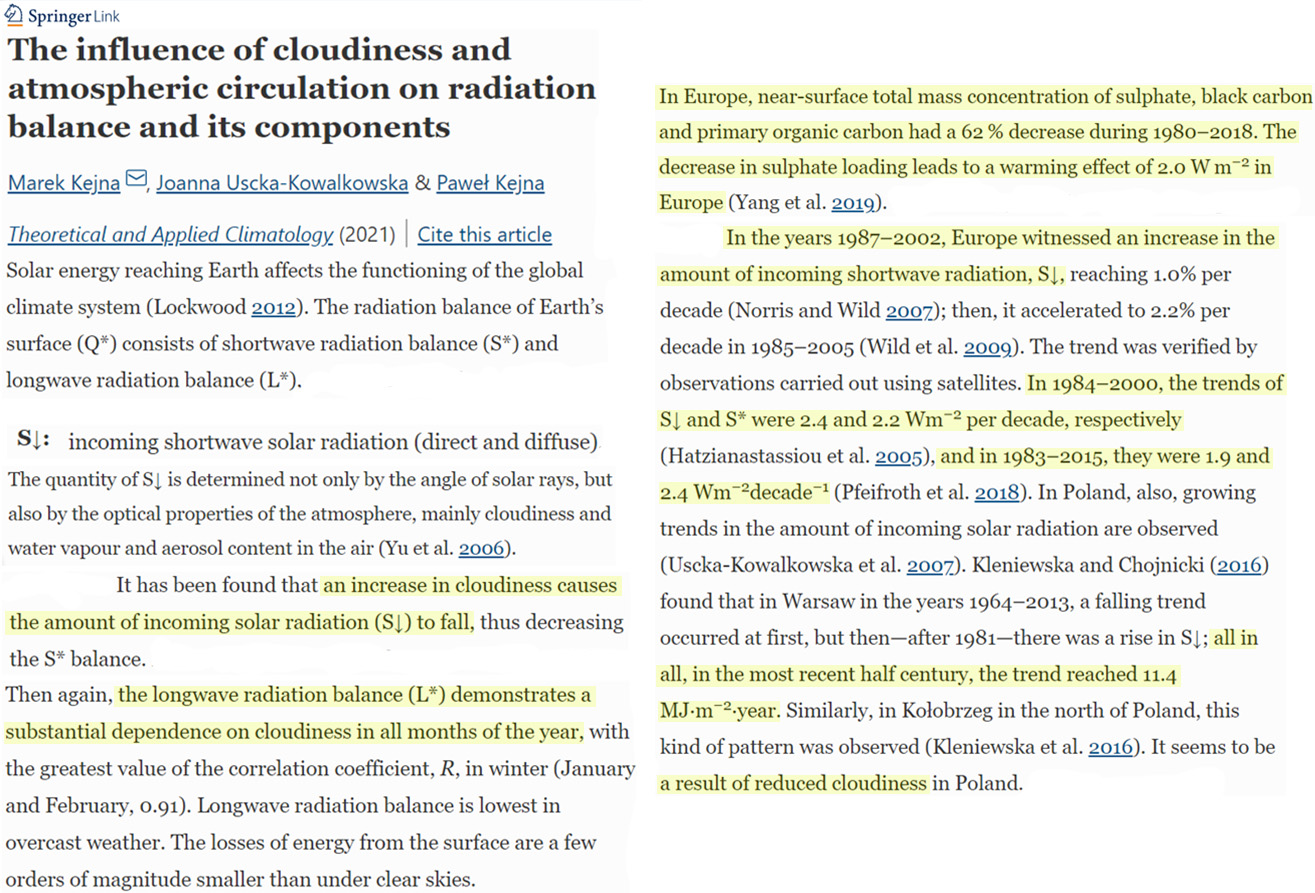 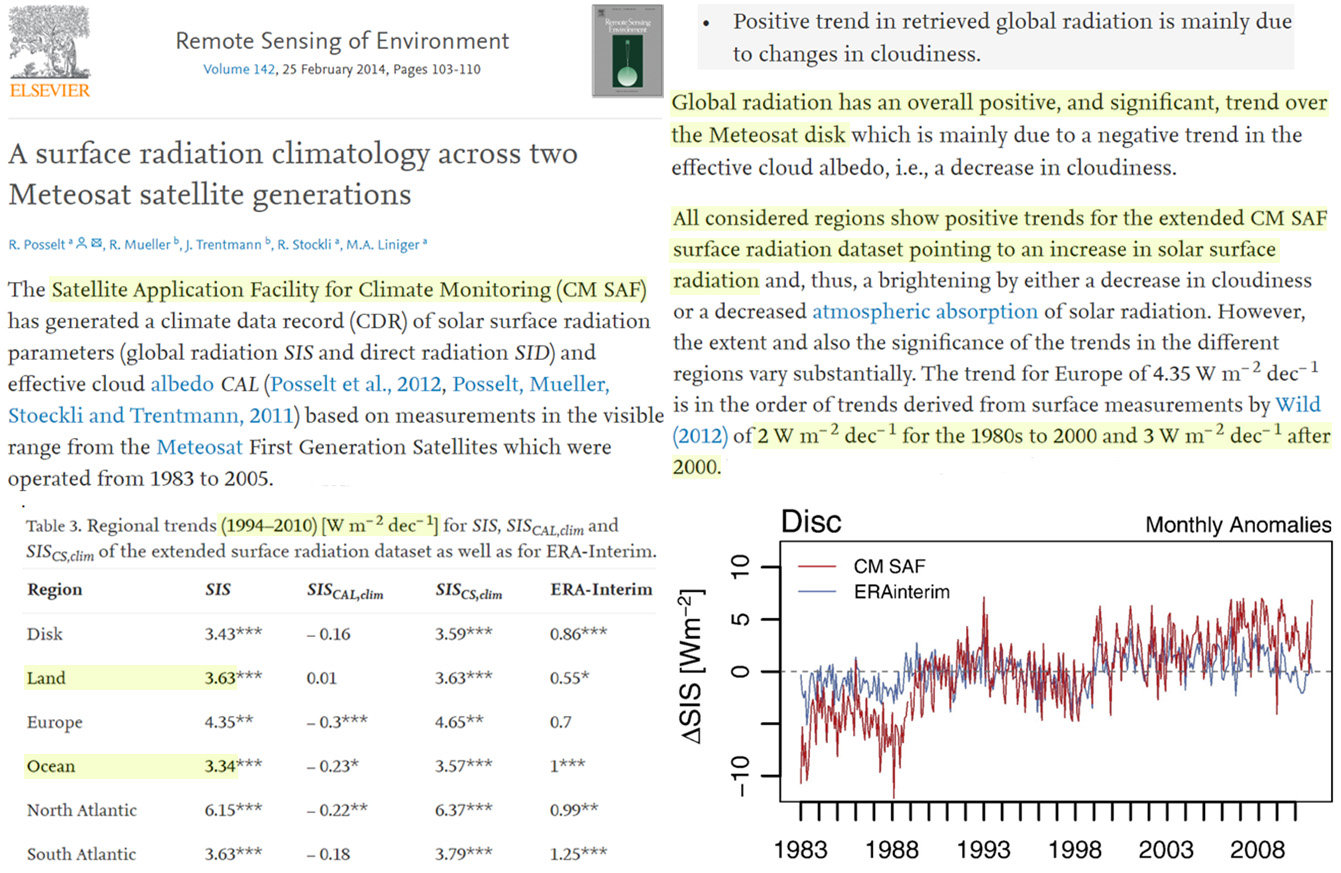 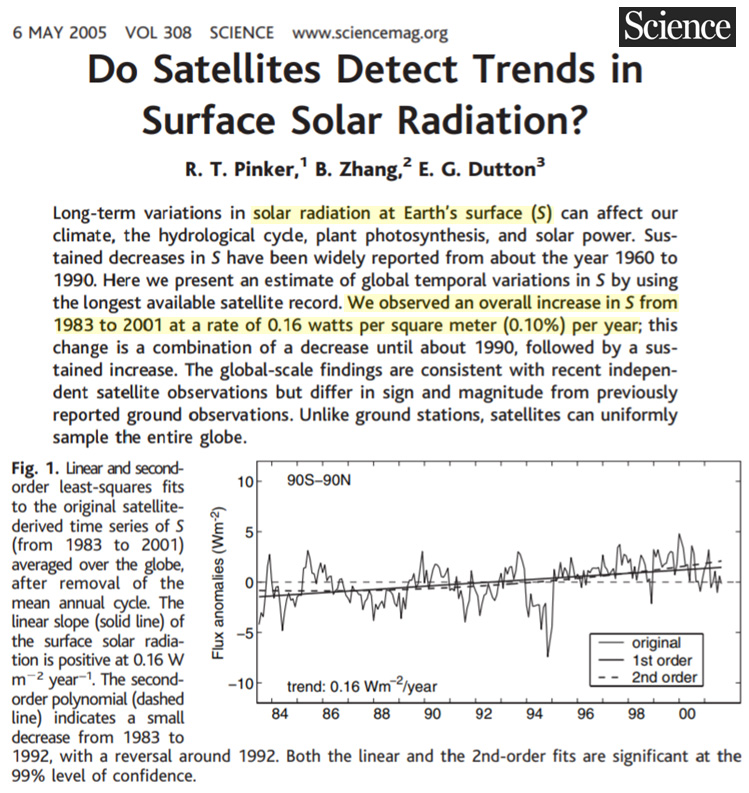 When compared to the scant 0.2 Wm−²” per decade−¹ surface forcing associated with a 22 ppm rise in CO2 (Feldman et al., 2015), it becomes more and more evident that driving force in recent global warming has been the increase in shortwave forcing due to the declining trends in cloud and aerosol reflectivity.