A recent paper announcing Pine Island Glacier doom failed to consider other findings showing the glacier is in fact more stable than assumed.

A new paper by Rosier et al concludes – based on model simulations – that the Pine Island, West Antarctica, glacier may have already surpassed one of the three dangerous tipping points, prompting the media to issue warnings of doom, so reports Die kalte Sonne here in its latest information video. 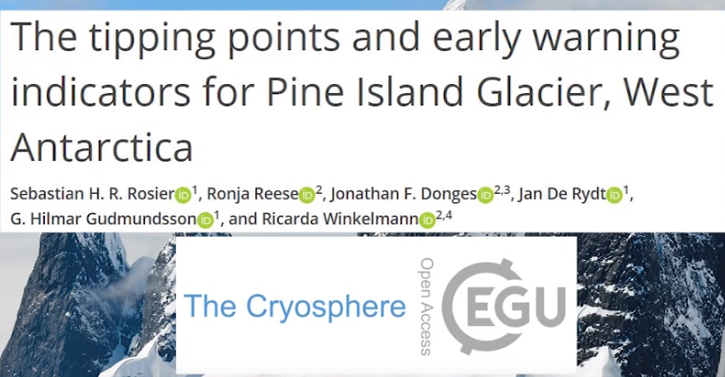 The scientists fear that should the Amundsen Sea water temperature rise 1.2°C, the Pine Island Glacier would retreat and trigger the collapse of the entire West Antarctic Ice Shelf (WAIS, which in turn would mean a rapid global sea level rise of over three meters.

Involved in the the Rosier et al study was Stefan Rahmstorf-mentored researcher Ricarda Winkelmann of the Potsdam Institute.

But other publications show no doomsday

However, as Die kalte Sonne points out, the team of scientists ignored a vast body of science that contradicts their dire findings. For example, a 2017 publication by Bingham et al explains how the researchers actually surveyed to mighty Pine Island glacier (PIG) and found that the terrain’s characteristics would in fact slow down the retreat even under a warming climate: 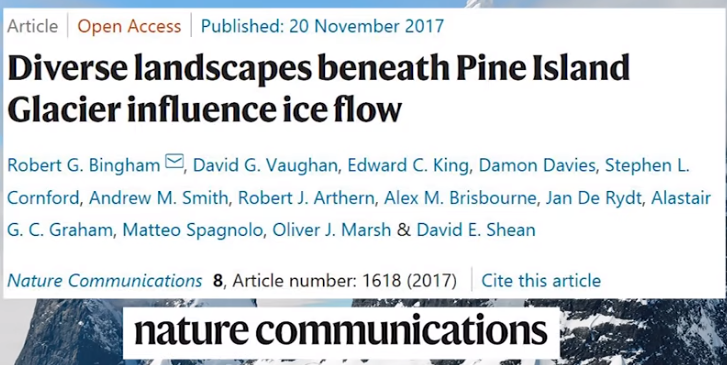 Also a 2014 publication by Beem et al found that another glacier in the region had seen a deceleration in retreat over the previous 50 years.

In 2018, a paper by Loose et al found that the Pine Island glacier was sitting over volcanic activity, which was providing heat for melting.

Also another 2014 publication by Witus et al found that over the Holocene there have been repeated periods of rapid ice melt at Pine Island: 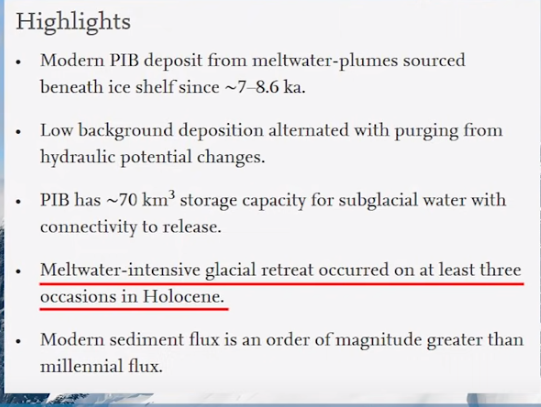 And again in 2018 a publication by Barletta et al found that “observed bedrock uplift” in fact would likely stabilize the Pine Island Glacier, “and make a collapse improbable”.

Die kalte Sonne brings up the question: Why were these earlier studies – many based on observations –  ignored by Rosier et al?  “Hard to believe they were,” says the Die kalte Sonne video report. Surely they must have been aware of these publications?

Also very peculiar is the fact that Rosier et al  also seem to ignore the data from the ARGO measurement buoys in the area. Recall that sea surface temperatures there (Amundsen Sea) rising 1.2°C would mean passing the third and final “dangerous” tipping point and lead to WAIS collapse.

So what’s the trend there? 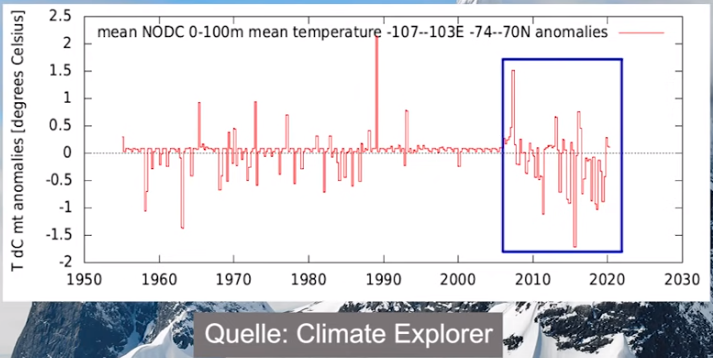 The Amundsen Sea has been cooling over the past 15 years!

The [Rosier et al] tipping point paper with the PIK penmanship on it doesn’t look so convincing and ignores everything that doesn’t fit their own idea.”